After The Tower, The Sun

Philosopher, Druid, and author Brendan Myers has a new book coming out called Reclaiming Civilization: A Case for Optimism for the Future of Humanity. A few days ago he posted a Facebook request for suggestions of Pagan writers who might be willing to provide a cover blurb for the book. I was surprised several people mentioned me. I’m not a big enough name to help sell a book like this, but the main reason I was surprised is that my writing – particularly my writing about the future – frequently has a dark tone to it.

Something Bad Isn’t Coming, It’s Here is the third most widely read post of this year. It mentions

This year’s second most widely read post, The Otherworld is Bleeding Through, uses a strong mystical experience to discuss how very long metaphysical cycles are bringing dramatic changes into our world.

I’ve written plenty about the ills of the world, but I consider myself a realist, not a pessimist. I’m an engineer who pays attention to what’s going on in the material world. I’m a Druid who pays attention to what’s going on the the spiritual world. I don’t like what I see. We’re in the early stages of the decline of the American empire and contemporary Western society and none of our political leaders show the least bit of interest dealing with what’s coming.

But mainly I’m a realist. There will be no crash. There was no apocalypse in 2012 and there will be no apocalypse in the years to come. Our future will not be Star Trek, but neither will it be Mad Max. Yes, the oil is running out, and when it’s gone the energy-intensive Western lifestyle will be gone with it. But people lived happy and fulfilling lives before the exploitation of oil began, and people will live happy and fulfilling lives after the oil is gone. 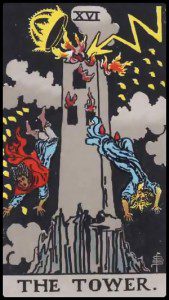 Byron Ballard calls this “Tower Time” after The Tower in the Tarot, and I completely agree. But if you’ve studied the Tarot, you know the Tower isn’t about random doom and destruction. The Tower topples structures built on weak foundations. It destroys the false to make way for the true. And the biggest lies of contemporary American society are that meaning can be found in “success” and that success is measured in dollars, houses, and cars.

I’m a polytheist, not an occultist – the Fool’s Journey is an occasionally helpful myth, not the primary blueprint for living a good life. But there is great wisdom in the Tarot beyond its divinatory uses.

After The Tower comes The Star: an emphasis on spirituality and the inner world. Next comes The Moon: a reminder that our animal nature is as much a part of us as our higher consciousness. And after The Moon comes The Sun: regeneration, truth, and joy. My Tarot teacher calls The Sun the “you win” card.

Doom and despair posts may get a lot of attention, but they aren’t very useful without some kind of guidance to help us navigate through the doom and despair. Both the posts quoted above include suggestions for dealing with what we’re experiencing: pay attention, accept what is, and deal with it. Take care of yourself. Maintain your daily spiritual practice. Firm up your relationships on both sides of the Veil.

Though it was in no way intentional (at least not consciously so) this matches up well with the next steps on the Fool’s Journey. When our toys no longer work, we’ll have fewer distractions to keep us from devotion to the Gods and ancestors, from study and meditation, and from our magical practices. Imagine a world where spirituality is not an afterthought for most people, but a primary consideration.

This will be work – lots of work. Those of us who are accustomed to our current way of life will have to adjust our expectations – it will be harder on those who have only known a high tech world. The good news is that there will be no crash – these changes will be gradual and incremental. It will not be complete in my lifetime, nor in the lifetime of anyone alive today. There will be time to adjust – at least for those who pay attention and take action, rather than clinging to ways of living and being that cannot be sustained and weren’t all that great in the first place.

I know what the short term future holds, because I pay attention to the present. I do not know what the long term future holds – it’s too far off and there are too many variables involved. Perhaps the 22nd century will look a lot like the 19th. Perhaps scientific advances will allow us to maintain some of our technology… and I hope first priority is given to medicine. Politically, I hope it looks a lot like democratic socialism, though I suspect libertarianism is more likely, given our “me first” evolutionary instincts. If I’m right, the need to form and maintain strong extended families and tribes will become even more critical than it already is. But we will survive and we will succeed, because if history and prehistory teach us nothing else, they teach us that humans are incredibly resilient creatures.

My job as a Druid and a priest – and a blogger – is not to build the political structures of the 22nd century. My job is to help all of us learn the skills and practices that will help us survive and succeed no matter what technology is available and no matter which political scheme is in place. My job is to advocate for religions that promote virtues and enable connections between ourselves and our fellow humans, other species and ecosystems, and our Gods and ancestors.

And occasionally, my job is to remind us all that while we’re living in Tower Time, the Sun is coming. 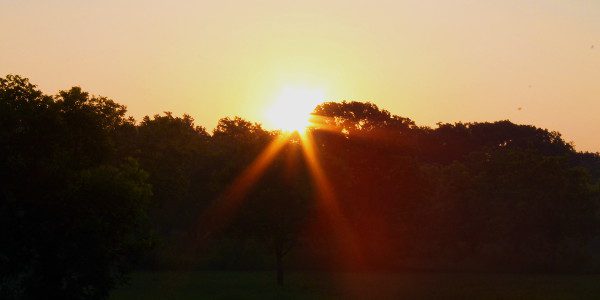 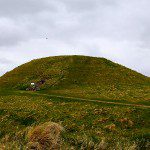 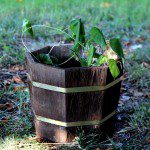 July 26, 2016 Building Contemporary Indigenous Polytheism
Recent Comments
0 | Leave a Comment
"Hurrah for Foundations :-) It is what most people ignore and avoid and claim they ..."
Sorita d'Este My Biggest Mistakes as a Pagan
"What am I thankful for this year? I planted some common milkweed seeds for the ..."
Amanda Ingalls I’m Not Feeling Very Thankful This ..."
"I am grateful as well."
Colleen Kelly 19 Years of Druidry – A ..."
"Sigh. Mistakes are a part of growth. They are necessary for learning and advancement. I ..."
Colleen Kelly My Biggest Mistakes as a Pagan
Browse Our Archives
get the latest from
John Beckett
Sign up for our newsletter
POPULAR AT PATHEOS Pagan
1

An’ it Harm None, Do What...
Beneath the Moon
Related posts from John Beckett