One of the things that frustrated me during my school days was the unwillingness of teachers and other people in authority to maintain order and fairness. I didn’t care if some kids broke rules, but I cared a lot if they were bullying other kids – especially if one of those other kids was me. When I complained about their lack of intervention, I was told “if we fix all your problems for you, you’ll never learn to stand on your own.” There is some wisdom to that approach, though their failure to control bullies still strikes me as negligence.

Fast forward to 2018. We have the most crude and mean-spirited President in the history of the nation, who spits out insults and threats on a daily basis. Say what you will about immigration policy – it’s being enforced inhumanely. The social safety net is being gutted to pay for corporate tax cuts. And now we will have a new Supreme Court Justice who is likely to threaten individual rights, possibly going back over 50 years to Griswold v. Connecticut, which established the right to privacy.

So when people who are being harmed and threatened with harm speak out loudly, when they kick Trump’s mouthpiece out of a restaurant, and when they suggest that perhaps we shouldn’t bring a knife to a gunfight, others tell them to sit down and shut up.

“This doesn’t help our cause.”

“We have to be better than that.”

“We must maintain a civil society.”

And worst of all “both sides are at fault.”

I’m not hearing the ethics of non-violence. I’m certainly not hearing a winning strategy. I’m hearing “this is stressful and I don’t want to have to deal with it.”

And also “I’m middle-class enough / white enough / straight enough that this won’t affect me so I don’t have to think about it.” 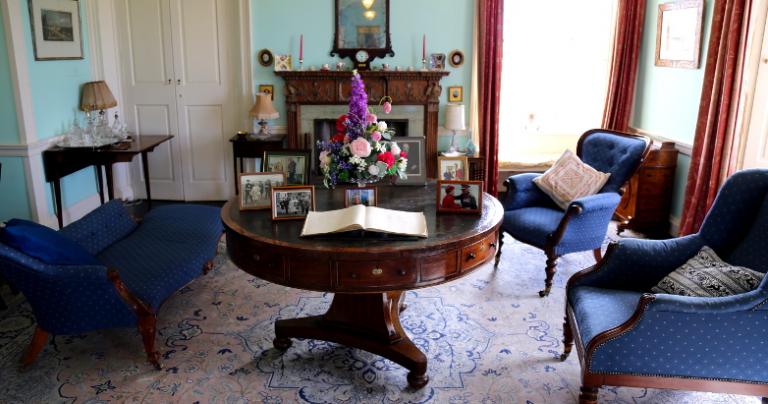 I get it. Like those teachers all those years ago, many of these people are overworked and underpaid. Their lives are stressful and they’re just trying to keep their heads down and hoping they’ll get by.

I’m sorry. I really am. I like order, I dislike chaos, and I hate confrontation. I wish being noble like Gandhi or King would work. But the times have changed and those in power have learned how to defeat non-violent strategies – it’s why protests haven’t worked since the 1960s.

I’m not going to tell you how you have to respond. I’m just going to ask you to respond. If all you can do is politely tell your racist uncle just how badly informed he is, and how all people deserve to be treated equally regardless of race, religion, national origin, or anything else, then do that. You won’t change his mind, but you will remind your cousins (who are probably sick of his rants anyway) that there are better ways of seeing the world.

If all you can do is call your Senator, then call your Senator. Tell them – politely – that as their constituent, you want their immediate action on immigration reform and you insist any judicial nominee who would overturn rulings supporting individual liberties be rejected.

If you must be polite, then resist politely. It’s better than doing nothing.

Mainly, though, when other people yell and scream, when they use foul language to describe Trump (which 9 times out of 10 is less foul than the language Trump uses), and especially when they make fascists pay a price for being fascists, KEEP YOUR MOUTH SHUT!

Freedom has never been won by asking nicely. It took a war to end slavery, a century to end Jim Crow, and we still don’t have racial equality. It took women almost 80 years of campaigning to get the right to vote. Stonewall was a riot. Transgender people are still being killed for being transgender.

Don’t think things can’t go backwards. Reproductive rights have never not been under attack. Plenty of people would love to undo same sex marriage and more than a few would recriminalize same sex relations. The “America is a Christian nation” crowd is currently worried about Muslims, but it won’t be long before they’re coming after atheists, and Pagans, and Jews, and the “wrong” kind of Christians.

None of that worries you? Perhaps you’ll be concerned about Paul Ryan’s attack on Social Security and Medicare. You know, your only hope of retiring in anything other than poverty or working till you die, considering that pensions are a thing of the past for pretty much everyone except Congress and the President?

Do you really think you can stay out of this conflict?

Are you sure you want to be polite?

I pride myself on being calm and reasonable, especially when others are not. That’s not going to change. You are unlikely to see me marching in the streets. I write, and I support those who do more. The most radical things I do are things only those closest to me will ever see. So I’m not going to tell you how you have to respond.

But I’m going to earnestly and sincerely – and politely – ask you to respond.

No bully ever stopped bullying because his victim was polite. When Trump’s victims and would-be victims fight back, they need your support, not your demands to be nice. 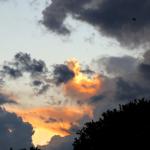 July 5, 2018
Discernment: Distilling the Truth from our Pagan Experiences
Next Post 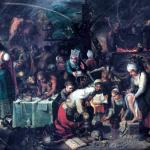 July 10, 2018 11 Fictional Witches and Wizards I Love, Ranked by How Guilty I Feel For Loving Them
Recent Comments
0 | Leave a Comment
"As someone who believes in reincarnation, I also tend to believe that once on the ..."
Sreyman77 Ancestor Work
"If anything, ancient Greeks and Romans arguably went perhaps a little too far in the ..."
Cardunculus Ancestor Work
"I think it's worth mentioning that the ancient Greeks built their religious beliefs on the ..."
Aelfrey Ancestor Work
"For me, it's easier to relate to my maternal grandfather's side which was Irish Catholic ..."
Brent Dannells Ancestor Work
Browse Our Archives
get the latest from
John Beckett
Sign up for our newsletter
POPULAR AT PATHEOS Pagan
1

Pagan
The Roaring 20s Are Starting Now – For...
John Beckett