No, We’re Not Married – And Why Wrong Assumptions Are A Problem

No, We’re Not Married – And Why Wrong Assumptions Are A Problem August 14, 2018 John Beckett

I’ve traveled with fellow Denton Pagan Cynthia Talbot at least a dozen times over the past five years. And by “traveled with” I mean out of town, overnight, hotel stay required. Any time my wife Cathy isn’t also on the trip, Cyn and I are always asked “you two are married, right?” And not just once. At a typical Pagan conference someone asks me this question at least twice – for Cyn it’s more like five times.

On one hand, I get it. We’re close to the same age (though I am older), we have similar interests, and there’s a certain familiarity between us that only comes from spending a lot of time together. Thinking we’re a couple is a reasonable assumption.

No one is offended by the mistakes. Cathy finds them amusing. The only time any of us got upset was when someone started circulating a rumor that Cyn and I were “having an affair.” That wasn’t an honest mistake – it was a deliberate lie designed to hurt. It didn’t work.

On the other hand, answering this same question over and over again gets old. Not in a “mind your own business” sense, but in the sense of “can’t you be a little more imaginative?”

I mean, we’re Pagans – our religion abandons the status quo for something deeper and more meaningful… or at least, for something different. We aren’t perfect, and we have some people who draw gender boundaries in ways that are unhelpful and lacking in compassion, but in general we are far more accepting of LGBTQIA people than the mainstream public. We understand that there are many ways to make a family, in large part because so many of us are in non-traditional families.

So why then, when we see a man and a woman traveling together, do we immediately assume they must be a romantic and/or sexual couple?

Some of it is probability and statistics. Cyn and I look like a couple, so people assume we are a couple. Fair enough.

But there’s something else at work, something more troubling. I called it a lack of imagination and it is that, but it’s more serious. It’s the assumption that no matter what interests and experiences they share, the only reason – or at least, the main reason – a straight man and a straight woman would have a relationship is for sex.

Like so many assumptions in our society, this one is usually unstated and unexamined. Most people don’t even realize it’s there, especially not good, enlightened, open-minded Pagans. But all the “you guys are married, right?” questions show that Pagans carry this assumption too.

And it’s a toxic assumption.

It’s an assumption that keeps men and women from developing close friendships, because one or both assume that if the relationship gets close enough, it will inevitably lead to sex. Spouses and partners make the same assumption and get jealous. That in turn puts pressure on the romantic partner to be “your everything” – something no human can be.

I’m from a generation who was taught that whatever friendship needs your wife can’t fill, you should get them from your male friends – it was too dangerous for married men to have female friends (see the Mike Pence rule). This is loaded with the assumptions of gender-binary heteronormativity. Where do gay friends fit into this model? They don’t – it assumes they don’t exist. And what about people with interests that don’t fit traditional gender roles? Again, this model assumes they don’t exist, and if they do they should be suppressed. It assumes that after dinner, the men go into the drawing room for cigars and whiskey while the women stay in the kitchen – and everybody is happy with this.

When you restrict and segregate people by gender, you reinforce the idea that not only will a man and a woman in a close relationship inevitably end up having sex, but that that’s the way things are supposed to be – that the primary purpose of men and women coming together is to have sex. This feeds the twisted ideas of the pick-up artists, incels, and other misogynists who think women exist only to provide them with sex.

To be clear, I don’t think anybody who assumes Cyn and I are a couple believes any of this garbage. But this patriarchal misogyny is rooted deep in our mainstream culture. Even those who recognize that these beliefs are outdated and harmful can unconsciously act in ways that reflect its values. Your lack of imagination reinforces the societal norms and gender assumptions that feed these horrid misogynists.

The solution is consent culture. Consent culture is more than a transactional approach to sexuality where yes means yes and anything else means no, though that’s certainly important. It’s first and foremost about building a culture where we see and treat people as people and not as potential sex partners, or as any other thing that minimizes their agency and personhood.

When it’s done right, it also means that people don’t make assumptions about other people’s sex and/or romantic lives, because they know there are so many possibilities there’s no way their guesses could be correct.

If you’ve asked if Cyn and I are a couple, or if you’ve wondered about it but didn’t ask, I don’t want an apology. I don’t want you to mind your own business. I want you to abandon the unstated assumptions of patriarchal culture and start building a consent culture.

And that begins with being a little more imaginative.

This is written from my perspective as a straight man. Do lesbians and gay men have similar situations? I don’t know. I do know I hear my bisexual and asexual friends complaining quite a bit about other people’s bad assumptions and their impact on their lives. Assumptions we make about other people are often wrong and are rarely helpful. 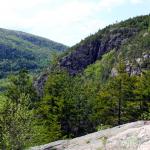 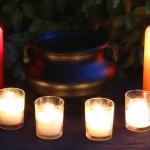 August 16, 2018 The Necessity of Witchcraft
Recent Comments
0 | Leave a Comment
"Another great hidden jem on psychic development is Transportation by Diana Paxson."
chuck faircloth Paying Attention to Changes Between the ..."
"This is one of the things that I have the greatest struggle with in Hellenism. ..."
Anne Hatzakis Ancestor Work
"I view the people who refuse to get vaccinated "just because" (as opposed to legitimate ..."
Brent Dannells Vaccines and Seat Belts: Playing the ..."
"Regarding the hazards - developing relationships with cowalkers/guides is highly recommended"
Amergin Ó Kai Paying Attention to Changes Between the ..."
Browse Our Archives
get the latest from
John Beckett
Sign up for our newsletter
POPULAR AT PATHEOS Pagan
1