Schism Is A Sad But Necessary Thing – A Pagan’s Letter To His Methodist Friends February 27, 2019 John Beckett

On Tuesday, February 26, delegates to a special General Conference of the United Methodist Church voted to retain rules that ban same sex weddings in their churches, prohibit LGBTQA+ persons from being ordained, and prohibit ministers from officiating same sex weddings. Congregations and ministers who do not affirm the policy will be removed from the Church.

The Conference – which included delegates from around the world – considered several plans, including one that would have removed the anti-LBGTQA+ language from their Book of Discipline (Methodist policies and procedures) and another that would have left the decision up to individual churches.

A pre-vote summary of the situation can be found here.

Why is a Pagan writing about this? Because I have family and friends in the United Methodist Church who are saddened and concerned with this situation.

It’s not my place to critique the internal politics of a religious organization to which I do not belong. It is my place to offer my condolences and hopes for a better future to people I care about deeply, despite our religious differences. 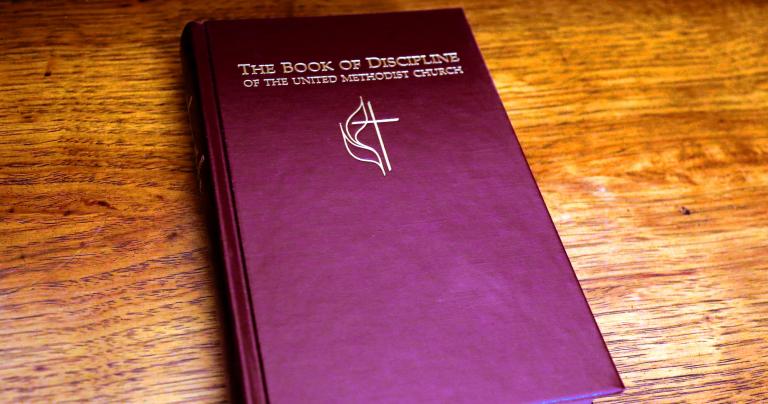 My connections to the Methodist Church

Both of my parents grew up Methodist. When they moved “to the country” they tried to keep going to their church in town but soon decided it was too far to drive. And instead of going to a closer Methodist church, they decided to go to the Baptist church a quarter mile away. That decision would have a major impact on my life, which I’ve written about at length.

When I moved out on my own I started attending various Methodist churches. Their “official” beliefs weren’t all that different from the Baptists, but their emphasis was radically different. They were good people doing good work.

Ultimately, I couldn’t find the inspiration I was looking for, and I wasn’t able to overlook the official beliefs (mainly around the claim to be the only way to avoid eternal damnation) even if nobody really paid much attention to them. My true calling is here, as a Pagan polytheist. But my wife has remained a Methodist and I attend services at her church on special occasions. Much of my family and many of my friends are Methodists, and the Methodist Church still has a place in my heart.

Many Christian denominations have struggled with including LGBTQA+ persons

The understanding that sexuality is a part of being human and the realization that attraction is an orientation rather than a preference have been difficult for some people to come to terms with. This has been particularly true for those religious traditions whose beliefs and practices are bound up in the cultural norms of long-dead societies.

Regular readers already know I support the full inclusion of LGBTQA+ persons in all aspects of our society, including the right to equal accommodations in the marketplace. At the same time, religious organizations have the right to draw their own boundaries for their own reasons. That doesn’t mean I can’t draw my own boundaries around groups like the Westboro Baptist Church, as well as groups that are less obnoxious but who still preach hatred and harm.

The Episcopal Church (to cite one example) has made slow but steady progress toward full inclusion, beginning in 1976. But some parishes left the Church, and the worldwide Anglican Communion continues to struggle not only with LGBTQA+ inclusion but also with the ordination and consecration of women as priests and bishops. As with the United Methodist Church, much of the Anglican opposition comes from the Global South – especially Africa, where Christians are competing with Muslims and with African Traditional Religions.

It would be unfair to blame the Methodists’ problems on Africa. In general, the clergy is leading but the laity – including lay people in the US – is lagging behind. And since the Church is governed in a mostly-democratic manner, it still falls well short of full inclusion for all United Methodists.

Christianity has never been One

Every week millions of Christians (but not Donald Trump) recite the Apostle’s Creed. It says in part “I believe in the holy catholic church” – the small “c” catholic means universal. The spiritual Church may be one – that’s a matter for Christians to debate. But the temporal church has never been one, and it never will be.

Much of the New Testament consists of the letters of Paul, writing to various churches telling them how they were Doing It Wrong. The discovery of the Nag Hammadi manuscripts gave us insight into early Christians whose beliefs were repressed in the name of orthodoxy. The famous Council of Nicaea was called because different Christians had different ideas about when to celebrate Easter, among other more theological issues.

The 20th century was a mostly a time of ecumenism and of merger. The United Methodist Church was formed in 1968 when the Methodist Church merged with the Evangelical United Brethren Church.

LGBTQA+ Methodists have found some churches that accept them with open arms, some that tolerate them, and others that reject them. United Methodists have been kicking the can down the road for years, trying to keep their church united.

On Tuesday the can stopped rolling.

For years Methodists have been pretending they were united, when in fact they weren’t. Many have said “we don’t really mean those things we wrote a long time ago” while others insisted “yes we do!”

No one can pretend anymore.

I’m a Pagan and a polytheist, but I’m also a universalist who believes that goodness and truth can be found in many religions. As much as I want my own tradition to grow and thrive, not everyone is called to be a polytheist. The world is better off if we have a glorious garden of many religions.

I need to worship with other polytheists who share my belief in the many Gods. But I’m happy to do interfaith work with people who overlook our religious differences while we focus on our common interests.

But I can’t work with everybody. While I’m in conceptual agreement with many folkish Pagans about the nature of the Gods, I cannot and will not be in communion with those exclude others on the basis of race.

Drawing religious boundaries is a good and necessary thing.

While I sometimes hear friends talk about an “amicable” divorce, I’ve yet to see a dissolved marriage that didn’t involve at least some sorrow. A union that was once beautiful and hopeful and full of life, died. Even if no one is to blame, that’s an occasion to mourn.

And what has happened in the United Methodist Church is in no way amicable. Those who voted against full inclusion for LGBTQA+ persons may sincerely believe it was the right decision. But that doesn’t diminish the harm they caused to good people who came into their churches looking for a home, a family, and a place to serve their God. It certainly doesn’t excuse the harm done to those who grew up in their churches, only to find that when they embraced who and what they really are, their church told them they weren’t good enough.

I am no longer a Methodist, or a Christian. But this decision grieves me deeply, for the memory of the church I once knew, and for the sorrow of my friends and family who so desperately wanted their church to do the right thing.

I do not know the next steps for Methodists in this country and around the world. Some will leave for more welcoming denominations. Some will defy the new rules. Some will stay and try to change them. Some will simply join the ranks of the Spiritual But Not Religious.

Some local churches will leave the United Methodist Church – I’m hearing talk of a new denomination. That seems likely, but also quite complicated, and not something that can be accomplished quickly.

But this I know: as much as my Methodist friends and family love their Church, they love their God and their communities even more. If they cannot serve them where they’ve always been, they’ll find new places and new churches where they can do what they were called to do.

Know that as you have supported me on my religious journey, I will support you, where ever your journey may lead.

I wish you peace and comfort as you move forward in faith. 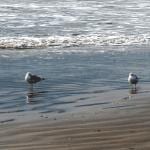 February 26, 2019
4 Mundane Skills To Support Your Spiritual Work
Next Post 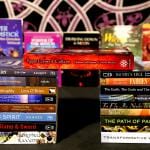 March 3, 2019 Practitioner-Leaders, Not Big Name Pagans
Recent Comments
0 | Leave a Comment
Browse Our Archives
get the latest from
John Beckett
Sign up for our newsletter
POPULAR AT PATHEOS Pagan
1 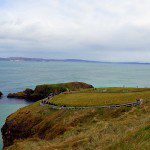