The Reasonable Liberal’s Guide to the 2020 Democratic Primary

An overabundance of choices is a difficult thing, as anyone who’s ever tried to figure out where to go for dinner knows. Now consider that the consequences of choosing the wrong Presidential candidate are far more serious than a boring meal and that you won’t get another choice for four years and you start to understand the magnitude of the decision in front of us.

These are my thoughts on how we can best wade through the list of 20 candidates (so far) and give ourselves the best chance of getting this right.

I’m not going to tell you who to vote for. I’m not going draw up some flimsy flow chart to guide you to the candidate who matches your priorities. Rather, I’m going to remind everybody of the goals of the primary process and the reality of a general election in a country of 330 million people. 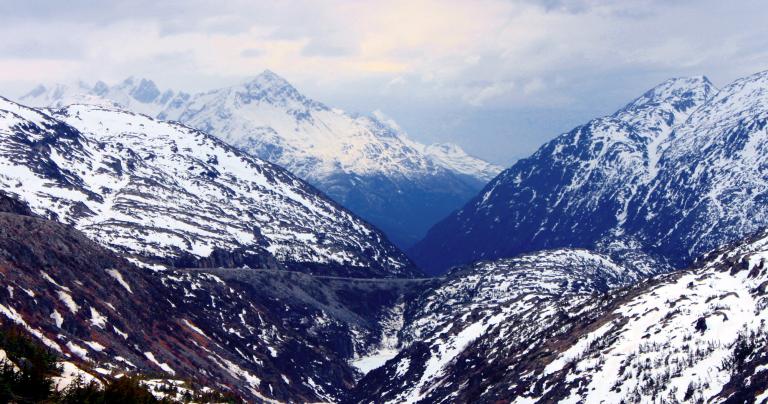 1. The stakes: any Democrat vs. Donald Trump

If Mitt Romney or John Kasich or Marco Rubio was the sitting Republican President, you could make the argument “they’re all the same anyway.” You’d be wrong (if only because of Supreme Court nominees) but someone who doesn’t follow politics closely could be forgiven for making such a mistake.

Not so with Donald Trump. From deliberately cruel policy decisions to trade wars to embracing foreign dictators and lusting after their autocratic powers, Trump is unlike any other. His daily tweets of misinformation and outright lies are a national embarrassment. Based on his past I thought he would govern as a pro-business centrist, but he’s become the most socially conservative President since Ronald Reagan – even though that’s clearly a case of “do as I say, not as I do.”

Even the most unqualified of the Democratic candidates would be a better choice for the country than four more years of Trump. But Trump is very popular with certain segments of the electorate, and they vote reliably. In 2016 he defeated a highly qualified if deeply flawed candidate – we must do better this time.

2. Vote blue no matter who – except some people won’t

I will vote for the Democratic nominee in November 2020 no matter who it is because that person will be better than Trump. For me and many others, it really is that simple. There is no “message to send” that’s worth living through four more years of Trump.

But some people don’t see it that way. I find that completely incomprehensible, but that doesn’t change facts. If people turn out for the Democratic nominee the way they did for Barack Obama in 2008 it will be an easy win. If they don’t, it won’t.

So while I strongly encourage everyone to vote blue no matter who, that doesn’t mean any blue will do. The purpose of a primary is to find not just a good candidate but the best candidate, and that’s what we’ve got to do.

What are the intriguing new policy ideas? Where do we need to move the country in a more progressive direction? What crises need immediate attention, and which ones will have to wait?

I’m happy to see Elizabeth Warren discussing free college and debt forgiveness. I’m glad Bernie Sanders is talking about Medicare for all. This is where we push the country forward – we float ideas, we discuss their merits and demerits, and we get the entire electorate talking about them. Because a Presidential election isn’t just about changing the figurehead of the country. It’s also about what we want to do and be in the political realm.

I know all the candidates are against Trump. I want to hear what they’re for – what will they do and how will they govern if they’re elected?

This is the time to debate policy, and no idea is too big.

4. The time to turn up skeletons is now

It seems like there are no secrets anymore, but they always turn up, and usually at the most inopportune time. And while it seems like Republicans don’t care about a candidate’s personal behavior, what they tolerate from “their guy” is very different from what they’ll tolerate from someone on the other side.

I don’t think anything short of premeditated murder is an automatic disqualification, but late surprises kill campaigns. If candidates have cast problematic votes, supported troublesome policies, or done objectionable things in their personal lives, now is the time to come clean. The American people are big on forgiveness and second chances. Coverups always fail.

For some of us, picking the best candidate is a task of seeing who’s the most experienced and whose policies line up best with our own preferences. Unfortunately, we’re in the minority.

Obama won with “hope and change” and by being dignified and articulate. Trump won with MAGA nationalism. Hillary lost with “I’m ready.”

Who do you trust?

I’m happy to vote for the biggest policy wonk in the race. Most people aren’t. Whoever we choose is going to have to make a lot of people feel good about them as a person.

6. Purity is impossible, but people will tell you who they are

On one hand, let’s not do Donald Trump’s work for him and needlessly tear down attractive candidates. On the other hand, this is the time for vetting – if a candidate can’t stand up to other Democrats, they won’t be able to stand up to Trump’s vile attacks.

There are no pure candidates. Everybody has something in their past that makes some of us reluctant to vote for them. You’ve got to decide what’s tolerable and what’s disqualifying… and more importantly, what the general electorate may find disqualifying.

As for me, I’m not interested in finding the cleanest, most pure candidate. I want the strongest candidate.

7. Experience matters, but only up to a point

Few of us have good things to say about bureaucracy, but bureaucracy is the only reason the federal government is still functioning. Trump and his team came into the presidency with no idea of how things work, and it has severely limited their effectiveness. Electing “outsiders” is popular, but experience in government matters.

But how much experience do you really need? A few terms in Congress? A governorship? Is being mayor of a midsized city enough? There is no standard list of qualifications for President.

Just no more Presidents with no experience in government.

It’s long past time the United States had a woman President, or an openly gay President, or a non-Christian President. Representation matters. Diversity makes the country stronger, and I hope our diversity is reflected in the eventual nominee.

But if the nominee ends up being yet another straight white Christian man? Then I’ll support him as strongly as I can, because he’ll make an infinitely better President than Donald Trump.

9. No one is perfect – we have to choose someone

There is no FDR in this list of candidates. There is no John Kennedy. There may be a Barack Obama or a Bill Clinton – someone who can win and who can do a decent if flawed job of governing.

We have to listen and read and think. We have to do our due diligence on as many of these candidates as we can, evaluate and vet them, and then decide who we want to vote for.

And then be ready to support someone else if the primary doesn’t go our way.

I’m saving my campaign contributions for the general election.

I said I wasn’t going to tell you who to vote for. In large part that’s because I haven’t made up my mind. But I do have some thoughts to share.

I want no more retreads. Biden and Bernie had their chances. I want new candidates with new ideas.

Beto O’Rourke would have make a great Senator from Texas. I don’t see enough substance to vote for him for President.

I think Julian Castro is running for a cabinet position while he waits for Texas to turn a bit more purple.

Pete Buttigieg reminds me of a gay version of Jimmy Carter – a fine Christian man who will go on to do great things, just not as President.

If the election was held today I’d probably vote for Elizabeth Warren. She’s the only one I see promoting substantive policy positions. Even if she couldn’t get all her proposals through the Republican-controlled Senate she’d move the country in the right direction. I’m concerned about her electability, not because she’s a woman but because she’s a wonk – can she inspire the people who vote on feelings to support her?

And I’d really prefer a younger candidate – someone who’s going to have to live with the consequences of their governance for a long time. I’m hoping Kamala Harris, Corey Booker, or Tulsi Gabbard will do something to persuade me they’d be better than Warren.

As for the other candidates, I don’t know much about them. And from what I can tell, neither does the rest of the country. I’m paying attention – do something to persuade me. 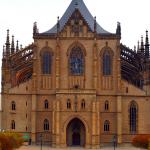 April 28, 2019
Walking in the Temples of a Foreign God
Next Post 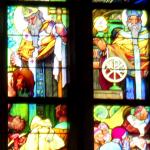 May 5, 2019 How the Rest of Us Can Learn from the Errors of Biblical Literalists
Recent Comments
0 | Leave a Comment
Browse Our Archives
get the latest from
John Beckett
Sign up for our newsletter
POPULAR AT PATHEOS Pagan
1