The 6 Celebrity Deaths That Impacted Me The Most

I occasionally see people on social media asking “which celebrity death impacted you the most?” The responses usually speak of great trauma and a sense of significant loss. I respect those feelings, but I rarely share them.

Still, a recent round of discussion on celebrity deaths made me realize that some of them did make an impression on me, for different reasons. Here are the six celebrity deaths that impacted me the most, and why. 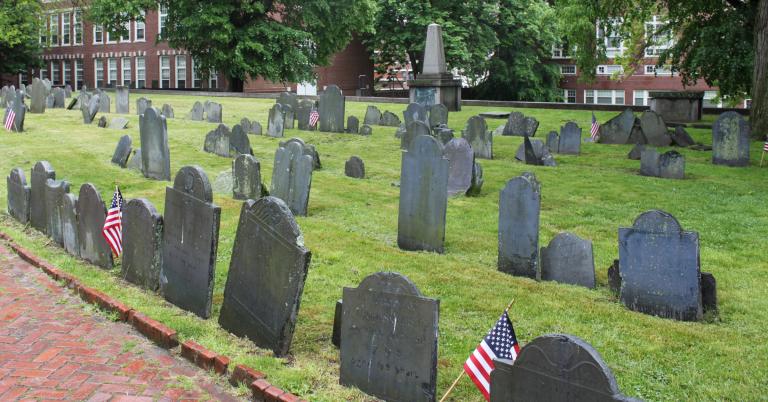 Roberto Clemente was one of the greatest baseball players of the 1960s. He won four batting titles, an MVP, and 12 straight Gold Gloves. His best years were behind him by the time I started seriously following baseball, but he still hit .312 in his final season. He’s often considered to have had the best outfield arm in the history of baseball.

Clemente was known for charity work in Latin America. When an earthquake hit Nicaragua in December 1972, he arranged to fly supplies there from his home in Puerto Rico. He was on one of the flights – it crashed into the ocean immediately after takeoff. His body was never recovered.

When I started thinking about this list, Roberto Clemente’s name was the first that came to mind. 48 years later, I remember the shock on reading that someone I admired was suddenly dead. And I also remember thinking how unfair it was that Pittsburgh was going to have to find a new right fielder. This may have been the first time I realized that death doesn’t just create an emotional loss, it can create a tangible loss as well.

After his death, Major League Baseball established the Roberto Clemente Award, given each year to the player who “best exemplifies the game of baseball, sportsmanship, community involvement and the individual’s contribution to his team.”

I was never an Elvis fan. Some of his songs were – and still are – catchy, but for me he was always the previous generation’s music. He’s on this list for two reasons.

The first is that I remember exactly where I was when I heard about his death. My parents had taken me and my younger brother to Atlanta to spend the day at Six Flags – that was a big deal. And we even stayed in a hotel instead of driving two hours home the same night. We checked into the hotel, someone turned on the TV, and there was the news that Elvis had died. That memory has stayed with me over the years, even though my reaction was something along the lines of “that’s too bad – now what are we going to do for dinner?”

But mainly, this was the first time I saw (or at least, noticed) a massive public demonstration of grief. Shrines and memorials were everywhere, and Graceland was packed. Here’s a story Variety did in 2017 on the 40th anniversary – it tells it better than I can.

And it was also a public demonstration of denial – some people refused to believe he was dead. “Elvis sightings” continued for over 20 years.

Elvis’ death taught me that whatever I may think of celebrities, they’re extremely important to some people.

There’s a 20 year gap between Elvis and Princess Diana. That’s also the gap between my early teens and my mid-30s, a time when I was intensely focused on my own life. When I searched for celebrities who died in that period, I found lots of names I recognized but none that had an impact on me.

The engagement of Charles and Diana struck me as a perfect example of the anachronism of the monarchy. He was 33 – she was 19. For the “honor” of marrying the future King of England, she was expected to give up her life to “produce an heir and a spare.” I was six months younger than Diana and a freshman in college – I couldn’t imagine making that kind of choice. I wondered how freely her choice was made.

After their divorce in 1996, Diana finally seemed to be living for herself. She retained a royal title and significant royal funds – she used some of them to support charity work and some to enjoy life. Barely a year later, she died in a car crash while trying to escape the paparazzi.

Even though I don’t fear death, I don’t want to die having never really lived. I put things off in my 20s and early 30s to build a better life for my future. While I have benefitted from that strategy, Diana’s death was a stark reminder that “the future” is never guaranteed. Do what you want to do while you can do it, because you may not be able to in later years.

I was introduced to Leonard Cohen’s music in the early 1990s. I liked the lyrics and I liked his voice, but I didn’t explore it beyond one album. But when “Hallelujah” in the 2009 Watchmen movie moved me to tears, I went looking for more. I bought his Live in London album and played it non-stop for about six months. I never go too long without listening to something on it.

Cohen had a long career and made a lot of money. Most of it disappeared due to mismanagement (and likely, fraud) on the part of his business manager. So he went back out on tour in 2008 at the age of 74. He would produce three more albums before his death, and a fourth was released posthumously.

Cohen was religiously curious and practiced Zen Buddhism. But he was always and unapologetically Jewish, something that comes through clearly in the 2016 song “You Want It Darker.”

He knew he didn’t have a lot of time left. His strong and smooth singing voice (“I was born with the gift of a golden voice” – from “Tower of Song” in 1988) had been reduced to not much more than spoken word. But he finished the album – it was released less than three weeks before his death.

Days before he died, Leonard Cohen sang “I’m ready, my Lord.” I hope that when my time comes, I will have finished my work and I can express the same sentiment in my own way.

I didn’t like Kobe Bryant. Was he a rapist? The case never went to trial. At the least, he used his power to coerce a young woman into having sex with him.

There is no question he was a great basketball player. ESPN ranks him as #9 all time – I might put him a couple spots higher. But he was a selfish player, both on the court and off. Yes, he wanted to win, but mainly he wanted to get his points and get his money.

So why did his death impact me so much? I think it was the air of invincibility around him. He was incredibly successful, incredibly rich, and likely had half his life ahead of him to do whatever he wanted. And then he was gone.

And also, there were eight other people in the helicopter that crashed, including Gianna Bryant, Kobe’s daughter. She was only 13 and had barely started to live.

I remember the first time I realized that statistically speaking, I had more days behind me than in front of me. By the time Kobe died it was down to 75/25. I expect to beat those odds… but I’m sure Kobe expected to live well past 41.

Kobe Bryant was a slap-in-the-face reminder that Death can come for any of us at any time.

I wrote a tribute to Ruth Bader Ginsburg the day after she died. It begins like this:

I screamed “NO!” when I heard the news.

If you want to know which celebrity death impacted me the most, it’s this one.

Thanks to Trump and McConnell, conservatives now hold a 6-3 margin on the Supreme Court, something Joe Biden can’t undo with an executive order. And with the Democrats controlling Congress by the slimmest of margins, court reform is off the table.

RBG hung on as long as she could, but she couldn’t make it to January 20. That’s not her fault – that’s our fault for allowing Trump to win in 2016. And now we have Amy Coney Barrett on the Supreme Court for the next 30 years.

Celebrities entertain us and inspire us, but they have little direct impact on our lives. Supreme Court Justices do.

Brandon Lee (March 31, 1993 – age 28). I was anticipating The Crow from the moment I heard it was being made into a movie. Star Brandon Lee was killed in a stunt accident days before shooting was complete. My concern that the movie might not be finished led me to an appreciation of the tragedy of his death, and to the uncanny parallels with the death of his father Bruce Lee.

Michael Jackson (June 25, 2009 – age 50). I wasn’t much of a Michael Jackson fan, but he was impossible to ignore. I remember listening to the Jackson Five on the school bus radio, then Thriller in my college years and Bad afterwards. Then he became a sad – and likely, criminal – caricature of himself. His death marked an end to whatever was left of my childhood.

David Bowie (January 10, 2016 – age 69). I always liked David Bowie, but he was never the major influence and inspiration for me that he was for some. Still, my appreciation for him was growing, and then he died.

Carrie Fisher (December 27, 2016 – age 60). Carrie Fisher was Princess Leia and General Organa. She was also a real person who suffered from bipolar disorder and struggled with drug addictions – something she was open and honest about. There are never enough honest people in the world – it hurts to lose any of them.

But Carrie Fisher will always be our Space Mom. 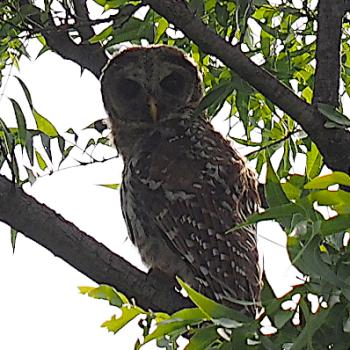 Pagan
What the Rest of Us Can Learn From...
John Beckett 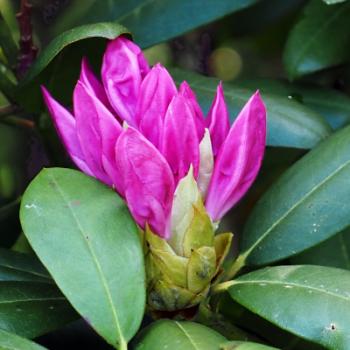