Shame on You: Trending Downward

A couple of years ago, Ira Glass, the Host of This American Life, began his show by interviewing 3 High School freshman students. 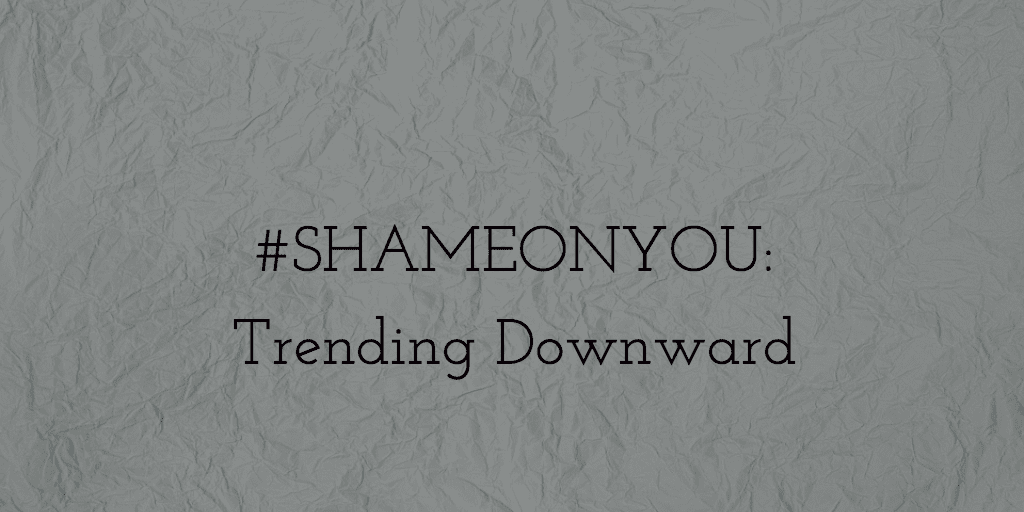 Specifically interviewing them while they were posting a selfie on Instagram.

In a year with stiff competition, I can’t think of much that made me sadder than listening to this conversation.

These young women were describing the cloud of shame that they feel hovering over them constantly, and the ever shifting need for image management to respond to it.

Here’s an excerpt of the conversation:

Ira Glass: Another thing you don’t see if you don’t know this language of comments and commenting back– let’s say that you comment on somebody’s photo. When they comment back, do they comment to you individually? Or do they group you in with 20 or 30 other people and send just one big group comment back to all of you? That tells you where you stand with the person.

Then there are all those situations where somebody choosing not to comment is a really big deal. Like for example, if you post a picture of yourself with a friend and then the friend does not comment on that picture, that’s just cold…

Like, what if they’ve seen it and they’re just not liking it on purpose, or like, what if everybody who’s seeing it thinks that we’re not actually friends because they’re not commenting on it. They haven’t commented yet. It’s been X amount of time and they still haven’t liked it.

It’s this kind of shallow– like, why are you not responding to something that I never said you had to respond to in the first place?

There’s definitely a weird psychology to it.

The next time you post a Tweet, or a status update, or a picture on Instagram or Snapchat, consider asking yourself, “Why am I really doing this?”

Finding The Self in the Selfie

Nothing has made me slow down my embrace of social media as much as realizing how much of what I was doing was just to develop a public persona that had only a casual relationship with reality.

In truth, I was only posting (and enhancing) the highlights of my life, carefully curated from a variety of experiences for making people think a certain way about me.

And what’s worse, I was good at it. So good that I was starting to confuse the Facebook/Instagram “me” with the real one. I was more and more connected to the crowd, and finding myself more and more lonely with my real self.

Did you ever wonder why we do we do this?

Last year in the New York Times, the Columnist David Brooks wrote about what he called “The Shame Culture” that has developed with the advent of Social Media.

Interestingly enough, Brooks said that social media has been, not so much, a revolution as a rediscovery of what the ancient and developing world already knows.

Tribalism and group loyalty are powerful forces that can be used for both good and evil.

Here’s the way Brooks described it:

“The omnipresence of social media has created a new sort of shame culture. The world of Facebook, Instagram and the rest is a world of constant display and observation. The desire to be embraced and praised by the community is intense. People dread being exiled and condemned. Moral life is not built on the continuum of right and wrong; it’s built on the continuum of inclusion and exclusion.

This creates a set of common behavior patterns. First, members of a group lavish one another with praise so that they themselves might be accepted and praised in turn.

Second, there are nonetheless enforcers within the group who build their personal power and reputation by policing the group and condemning those who break the group code. Social media can be vicious to those who don’t fit in. Twitter can erupt in instant ridicule for anyone who stumbles.

Third, people are extremely anxious that their group might be condemned or denigrated. They demand instant respect and recognition for their group. They feel some moral wrong has been perpetrated when their group has been disrespected, and react with the most violent intensity.

Back in the days immediately following World War II, one of the more tragically interesting things that happened were these things called “Shame parades.”

As the dust was settling in Europe, people begin to look back over what others had done during the German occupation of their country, and they began to call them to account for their behavior.

And so they reached for shame.

The most common example we have of this was women who were seen with Nazi Soldiers. Many of them were wrongly branded as prostitutes, and many of them had been forced toward prostitution by the lack of food to feed their family, but all of them were treated with the same vile contempt.

They had their head shaved, they were stripped down to their underwear and they were marched barefoot through the village where they lived as a sign, “This is what happens when you step out of line.”

What I find particularly interesting is who was doing the shaming, and why.

The people who were the most likely to do the shaming were the people who the ones who had joined the resistance at the last moments of the war.

They were the ones who were the most likely to be accused of some form of collaboration with the Nazi’s as well.

It’s also interesting, because before this moment, head shaving and public shaming was a tool used by the right-wing conservative party, but now it was being used primarily by the left, in progressive post-war Europe.

I want to point this out, because shame isn’t partisan, from the right to the left, we shame and exclude as a way of solidifying group cohesion and identifying boundaries.

The greatest shamers were the ones who were worried they were about to be exposed themselves. So to protect their reputations as honorable patriots they threw fellow citizens under the bus as sacrificial lambs to keep the spotlight on someone else.

In this scenario, and in my own experience, the people who tend to be most likely to reach for shame, are those who have some inner shame themselves.

I have a hunch, that shame these days, is used like an attempt to get clean for some kind of inner guilt, it’s motivated often by a worry that our own shame will be discovered, and if that happened we will be on the outside of whatever tribe we hope to belong to.

The Triumph of Shame

So this past Sunday was Palm Sunday. It’s the time when Christians all around the world remember Jesus riding into Jerusalem on a donkey. On the first Palm Sunday, the religious people surrounding Jesus cheered him on as he made his way into the hub of Israel.

But Jesus saw things differently. He wept, He warned, He knew what was coming.

And a few days later, Jesus made a similar trip. This time, not riding on a donkey, but naked and carrying his own Cross in a shame parade of His own.

This was a typical tactic of Rome, it was what they did after they had defeated a nation. They would take the Royalty and the higher-ups of the defeated nation and march them through the streets of Rome as a way of shaming “them” and glorifying “us.”

Just a couple of decades after Jesus died, Paul writes to the Roman colony in Colossi and says that when Rome was leading Jesus in that parade of shame, they weren’t doing what they thought.

Instead, what was really happening was this: “Jesus, having disarmed the powers and authorities, he made a public spectacle of them, triumphing over them by the cross.”

Paul knows what both a Roman Crucifixion and a Roman Shame parade looks like, and yet he sees things completely differently.

Jesus wasn’t being shamed, Jesus was victoriously winning the day.

So Paul immediately says, “Don’t let anyone look down on you for the way you live differently. Don’t let anyone Jesus-juke you with their false humility and supposedly superior way of being Christian, because Paul seems to be saying, whenever a fellow believer is reaching for shame to keep you in line, they are forgetting just what kind of community Jesus died to create.

Jesus isn’t interested in creating a community that is just another one-upping competitive beauty pageant. Those types of communities are everywhere and the way of Jesus isn’t for you.

Instead Jesus is creating a community where we honor one another precisely in our shame, because that shame was what drew us to this kind of God in the first place. 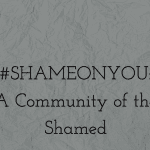 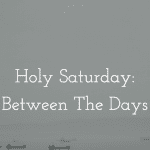 How Can You Know If You're...
Preventing Grace
Related posts from Jonathan Storment