Time for Another Charrette in Durham 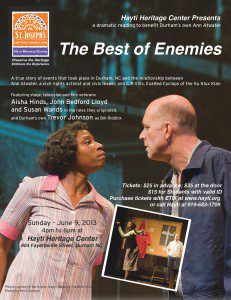 Beginning the first weekend of December this year, Man Bites Dog Theatre will honor Durham’s mother, Ann Atwater, by bringing to the stage a wonderful play about her life. “In 1971, as Durham struggles with school desegregation, Ann Atwater, an African American civil rights activist, and C.P. Ellis, a member of the Ku Klux Klan, become unexpected allies,” the ad copy reads. “An incredible true story of change, friendship, and redemption.”

Ms. Atwater has been a mentor to us since we came to Durham. Her contribution to this city’s history deserves to be celebrated. But she is still with us, and Ms. Atwater has something to say about Durham’s present as well. I’m grateful to her for sharing this reflection on recent concerns about Durham’s Police Department.

On Tuesday, October 1st, a standing room only crowd filled City Council chambers to address Durham’s Human Relations Commission. At Mayor Bell’s direction, the Commission heard concerns raised by FADE, a new coalition of individuals and neighborhood groups committed to Fostering Alternatives to Drug  Enforcement. FADE also made specific recommendations to address institutional racism in Durham’s police department. I share FADE’s concerns. I support their diagnosis. And I endorse their recommendations for systemic change in Durham.

Forty-two years ago, I co-chaired the public process to integrate our public schools in Durham. At that time, Joe Becton was chair of Durham’s new Human Relations Commission. Joe became a big brother to me and we learned together how real change can happen in Durham. Yes, tensions were high. Martin Luther King had been assassinated and things were hot in Durham. Still, despite those tensions, I learned to work with C.P. Ellis, a Klansman who had been my enemy. We were unlikely friends, but our friendship has been a lifelong reminder to me of what is possible in Durham.

But my friendship with C.P. Ellis was not only personal. We became friends through a public process that included hundreds of citizens in Durham. In 1971 we had a problem. The City fathers at the time wanted to call it a race problem. They said the Federal government wanted to integrate public schools but the blacks and the whites would never do it peacefully. As a poor, black woman, I had learned that nothing changed in my community unless we got loud. So we were making a lot of noise. C.P. and his Klansmen were making noise, too. We were making so much noise we could not hear the children who were suffering.

Change came to Durham’s school system when we got citizens together, looked at the facts independent of those who were in charge of the schools, and made specific recommendations about how the system needed to change. We called this process a charrette. For two weeks, we met every evening at R.N. Harris Elementary school. On the last night, one thousand people were there for a people’s assembly where we stood together to say what we wanted for Durham.

I am no longer as active as I would like to be, but I know that FADE is right: once again, we have a problem in Durham. We’ve called it a drug problem. We’ve called it a crime problem. And people have made a lot of noise about these issues. But we can only do something about this problem if we have a public process to look at the facts, to bring the community together, and to imagine a future that is good for everyone in our community.

I believe it’s time for another charrette in Durham. The Durham Police should be invited, but they cannot be in charge. This is about our community, so it must be led by the community. City Government can support the process, but it cannot control it. Again, a charrette is a space for people to come together to talk about how they want to solve their own problems. It doesn’t allow us to blame anyone else. But it does empower us to change the systems that affect our daily lives.

What will the end result of this process be? We cannot know for sure. But I can say from experience that surprising friendships may happen. And we will not be the same community at the end of this process that we are now. 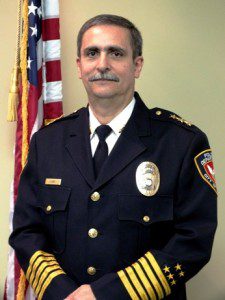 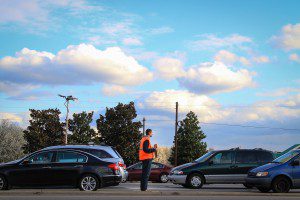 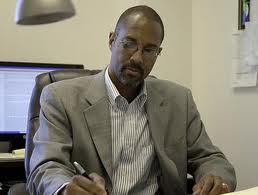 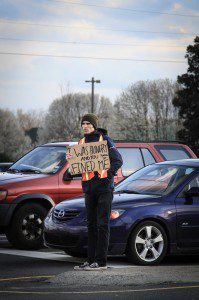