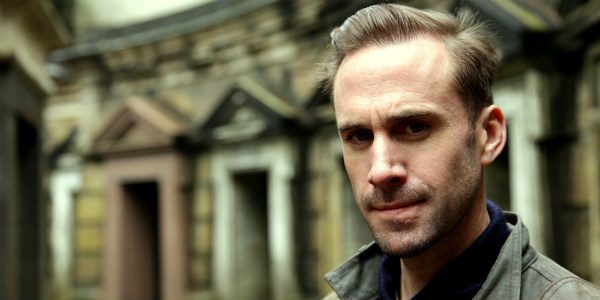 On Friday, Feb. 13, one day before St. Valentine’s Day, season two of PBS’ “Shakespeare Uncovered” looks at two dramas about lovers. In each episode, an actor associated with the play is host for an in-depth look at its history, themes and various productions.

“Antony and Cleopatra” features “Sex and the City” star Kim Cattrall, who made her debut as the Queen of the Nile in 2010 at the Liverpool Playhouse in England. Here’s a peek:

While this relationship plays out against a clash of empires, it’s paired (on most PBS stations; check local listings) with “Romeo and Juliet,” a small story of two unfortunate teens in Verona, Italy, who have become the quintessential star-crossed lovers.

The host for this one is British actor Joseph Fiennes, star of the 1998 British-American romantic dramedy “Shakespeare in Love.”

A Best Picture Academy Award-winner, and co-written by playwright Tom Stoppard (“Rosencrantz and Guildenstern Are Dead”), it’s both a meditation on the sometimes intentional, and other times serendipitous, process of creativity, and on the transformative power of love.

It also wins Shakespeare a bet with Queen Elizabeth I (Judi Dench) as to whether a play could capture the essence of romantic love.

But one could argue exactly what sort of love the Bard of Avon was celebrating. According to British writer and Catholic convert Joseph Pearce in his 2013 book from Ignatius Press, “Shakespeare on Love: Seeing the Catholic Presence in ‘Romeo and Juliet’,” the play is not so much a celebration of heedless youthful passion, but instead a cautionary tale.

Quoted in an interview at Beliefnet.com, Pearce said:

In the broadest sense of the word, “Romeo and Juliet” can certainly be seen as a parable. It is a cautionary narrative against the dangers of adolescent passion, the follies of romance when divorced from morality, and the disastrous consequences attached to a lack of good parenting. …

The play serves to highlight the difference between a Catholic understanding of love and sexual desire and the worldly understanding of such things. It does so explicitly in the advice that Friar Laurence endeavors to give to young lovers, counseling prudence and temperance and the necessity of self-sacrifice; it does so implicitly in the denouement of the plot, in which the failure of the lovers to heed the Christian wisdom of the friar unravels with disastrous and deadly consequences.

Pearce has also made the case that Shakespeare was a secret Catholic — outlined in his biography of the Bard, “The Quest for Shakespeare” — at a time when public fealty to the Faith in England could get you drawn and quartered.

At a press event in Pasadena, California, in January, Fiennes dismissed a lot of the ongoing debate about Shakespeare’s private life, saying, “I feel Shakespeare is inherently in what he writes. He’s the greatest humanist of our time and age. His sexual orientation has been debated recently, especially in England.

“It doesn’t matter whether he’s gay, bisexual, hetero, or what his politics are, whether he’s Protestant or Catholic or from the hierarchy of the the royal family or just a lowly grammar-school boy. Irrelevant. He’s a humanist. He touches upon our hearts and minds,, and I think that’s what’s fundamental.”

Later, when I sat down with him for a one-on-one interview, Fiennes addressed one of the earlier incarnations of the story, “The Tragicall History of Romeus and Juliet,” published by poet Arthur Brooke in 1562 (discussed also in “Shakespeare Uncovered”).

“Looking at the material that he was inspired from,” said Fiennes, “it was very much the opposite [of Shakespeare’s version]. It was about, ‘Don’t do this. Don’t get involved with a guy, not when you’re 12 or 13. Forget it; it’s terrible. These people are mad.’

“It was written in a way where we applauded the strict hierarchy in coming down heavy on young love, but Shakespeare goes, ‘No, I love young love. Young love is vital. Young love and sex and violence is what it’s all about.’

“You’ll die, but you can’t get away from it. It’s happening every day as we speak. People who shouldn’t get together get together. But rather than wag the finger and say, ‘Isn’t it terrible?’, [Shakespeare] goes, ‘No, we’ve got to celebrate these people,’ because ultimately what it does do in there is bring these families together, in grief.

“All the death; these guys have been killing and stabbing each other. There’s much more deaths than Romeo and Juliet. So, it takes two deaths probably to save households of young boys killing each other. It’s a bittersweet ending.

Addressing whether “Romeo and Juliet” is a celebration of passion or a cautionary tale, Fiennes, the father of two daughters with his Spanish wife — and who quipped, “I’m going to get my gun license” — said, “Shakespeare took a cautionary tale and actually championed the love of these two.

In the play, desperate over the apparent death of Juliet (she’s not dead, but it’s part of a trick that goes awry), Romeo buys forbidden poison from a desperate apothecary.

Responding to my question about whether the higher stakes involved in being a parent have changed Fiennes’ view of “Romeo and Juliet,” he joked, “I live in a place where there’s no apothecary. That’s how I’ve dealt with it. There’s no pharmacy nearby.”

(Click here for another story at CatholicVote that goes deeper into the subject, with series producer Richard Denton.)

Here’s a preview of “Shakespeare Uncovered: Romeo and Juliet”: 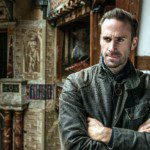