The Duggars and the High Price of Reality 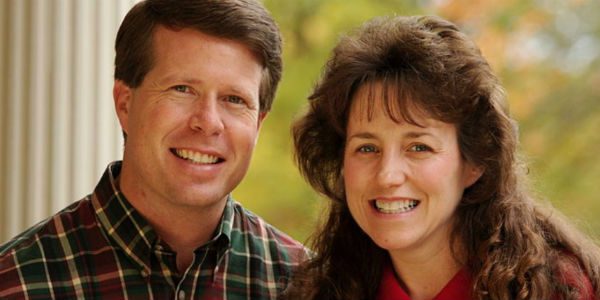 Why do TV reality-show families tend to have problems?

Second, they’re families that have chosen — or at least the parents did — to showcase themselves on reality TV. Some folks are drafted into fame, through circumstances beyond their control. Others volunteer for it.

From the Kardashians to the Chrisleys to Mama June’s brood to the Duggars, kids are growing up on TV, because their parents said yes.

I’ve never watched “19 Kids and Counting,” so I don’t have a specific opinion on the merits of the show itself. Also, I’m not very familiar with the Duggars’ corner of Christianity, so I’m not qualified to comment on their beliefs, except to say that, on brief observation, they seem very different from Catholicism.

The whole situation involving son Josh Duggar and molestation incidents from his teen years involving young girls (including sisters) is horrible, but, then, when you have 19 kids, the odds of one of them doing something horrible is inevitably higher.

On the other hand, the Dahmers had two kids, and one of them, Jeffrey, turned out to be a serial killer and a cannibal. So, there’s no rule about these things.

As to the question of whether one’s teenage actions doom one for life, successful crime-fiction author Anne Perry was revealed, decades after the fact, to have been Juliet Hulme, who, as a teen, partnered with a friend to murder the friend’s mother, for which she served five years in prison.

Obviously, Perry’s life took a different turn after that.

So those passing judgment on the Duggar situation from both sides may find themselves all equally right and equally wrong. But one thing’s for sure, the odds are at least a few of the harshest critics and most vehement defenders have one or two teen missteps (perhaps not even rising to the level of Duggar’s indefensible actions) in their own lives that, if splashed all over the headlines, could irreparably damage their reputations and careers.

Also, we’re in a place now in society where, if you like or approve of someone, their peccadilloes and even high crimes get a wink and a nod, whereas if you don’t like the person, the same things are cause for hanging.

But, getting back to my original point, which is, I have always been deeply uneasy about minors being used in reality television.

It’s rough enough when a minor is a successful athlete, actor, singer, etc., and thereby becomes famous. Look what happened to Justin Bieber.

The choice, though, to allow your children to grow up in the relentless eye of a weekly TV series is another matter.

The very first American family so exposed was the Louds, subject of the 1973 PBS documentary “An American Family,” re-examined in the 2011 HBO docudrama “Cinema Verite.”

Viewers got a front-row seat as this upper-middle-class family in Santa Barbara, California, disintegrated before their eyes.

But there’s a funny thing about watching An American Family from across the chasm of decades. For all the dishonesty of the filmmaker’s agenda, for all the outrage the family would spawn, what stands out is not the momentary skirmish in the culture wars, but the Louds’ affection for each other. Marred by infidelity and a breakdown in communication between the sexes and generation, the Loud family was anything but perfect and was unable to withstand the pressures the era place on them. But shining through, despite it all, is a household of charming, awkward people, stumbling to hold on to each other when everything on earth is pulling them apart. And that, in the end, is why 40 years later, it’s still impossible to ignore the Louds.

In conversation last summer with Todd Chrisley, the very particular patriarch of USA Network’s successful “Chrisley Knows Best,” I asked him about the wisdom of putting his family (he has young-adult children, teens and a grade-schooler) on TV.

Since the show premiered in 2014, Chrisley’s first marriage, and financial dealings and tax issues, have been widely discussed in the media, along with the drug and other personal problems involving his oldest son (whose illegitimate daughter is now in the custody of Todd and wife Julie).

He’s sanguine about it all, telling me:

We knew to a certain degree, because we’re very bright people, and we’re also voyeuristic. We read things about other families and things that are out there, so I don’t think we’ve been treated very differently than anyone else who has a show on television.

These are things that you would like to say, “Uh, I wish I wouldn’t have to address that,” but it’s out there. There is nothing else that you can find. It’s out there, and if I was trying to hide it, I certainly wouldn’t have signed up for reality television.

So, knowing Josh’s history — and especially that their own daughters were among the victims — and no doubt learning, over the 10 seasons that “19 Kids and Counting” has aired on TLC, how the reality-TV and news businesses work, Jim Bob and Michelle Duggar chose to keep themselves, and their children and grandchildren, on television.

As I said, all families have problems, and sometimes they’re severe. But not every family has to live through the dissection of these tragedies in the worldwide media.

Josh Duggar has children, and now they’re in this, too.

I hope the fame was worth it. 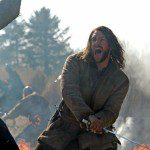 May 22, 2015
Will Kurt Sutter Go Medieval on the Church in 'The Bastard Executioner'?
Next Post 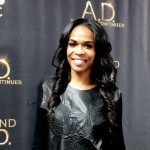 May 24, 2015 'Beyond A.D.': Michelle Williams Debates Dating an Apostle
Recent Comments
0 | Leave a Comment
"What do you think of Bishops trashing Pope Francis name, and trying to turn religion ..."
oneworlddude Papal Biographer Austen Ivereigh on PBS’ ..."
"What do you think of Pope Francis taking action against celebration of the Latin Mass, ..."
See Noevo Papal Biographer Austen Ivereigh on PBS’ ..."
"A sequel to the Passions of Christ .... lord love a duck"
ILR ‘Father Stu’: Two Who Knew Real ..."
"I wonder if the movie will end up like Metin Scorsese’s “Silence” - too grim ..."
Chris ‘Father Stu’: Two Who Knew Real ..."
Browse Our Archives
get the latest updates from
Kate O'Hare's Pax Culturati
and the Patheos
Catholic
Channel
POPULAR AT PATHEOS Catholic
1