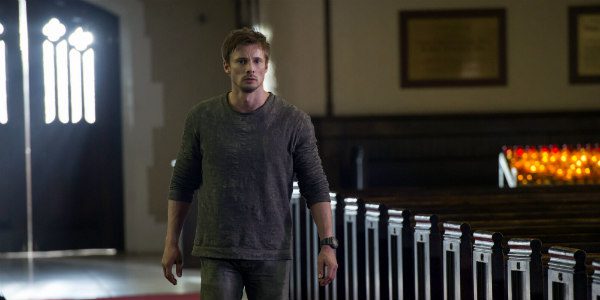 If John the Apostle had any heirs, they might be due a considerable pile of royalties from the number of times that Hollywood has turned to the Book of Revelation.

Directed by Richard Donner and written by David Seltzer (“Bird on a Wire”) — it wasn’t based on a book, but was an original idea — “The Omen” explored the notion of the Antichrist, seen as the son of Satan, being born as an apparently human child.

Birthed of a jackal, he’s adopted as a newborn by an American diplomat and his wife (Catholic Gregory Peck, and Lee Remick). Strange occurrences — along with a protective Rottweiler and creepy governesses — surround the little Damien.

Meanwhile, a Catholic priest (Patrick Troughton) tries to uncover the truth and warn the diplomat, only to meet an untimely end.

When Damien’s horrified father learns his son’s identity, he tries to do away with the child, using a ritual dagger, but is killed himself instead — leaving Damien to appear in several sequels.

Cast all those sequels from your mind, as “Damien” picks up after the end of the first film alone, catching up to Damien Thorn (Bradley James) as he turns 30.

As the first episode opens — A&E made five available to the press — Damien bursts into a church, approaches a large crucifix (obviously a prop, owing to its unnaturally prominent position in the center aisle) and demands of Christ, “What do You want from me? What did I ever do to You? … Answer me!”

He’s also holding a rosary, which, at one point, he pitches at the crucified Christ. The scene repeats at the end of the episode, with dramatic consequences.

But, before that, we see Damien as a war photographer in Damascus, who’s entirely unaware that he’s not just a guy with an exciting job. But, in the midst of a violent uprising, a strange old woman quotes from “The Omen,” speaks in Latin and then baptizes him in her blood.

As the episodes unfold, Damien begins to realize — through tragedy, bizarre happenings, and the stalker-y affections of Damien Thorn superfan Ann Rutledge (Barbara Hershey) — that he’s no ordinary man … with no ordinary destiny.

The Church is also present, both in the form of very traditional churches (oddly, Damien never feels compelled to run into any modern worship spaces) and Catholic figures, including a Vatican priest and a devout exorcist (Robin Weigert).

During the five episodes I saw, the idea of faith is never ridiculed (except by Damien, but it’s more nervous bravado than intentional blasphemy), and both Catholicism and the Catholic figures are taken seriously and not played as buffoons. This is in line with “The Omen” itself, which made it clear that, if you have an Antichrist, you must have a Christ first.

In short, I enjoyed it. “Damien” is literate, interesting and handsomely produced. It’s just shlocky enough to do honor to the original, but intelligent enough to be engaging to thinking viewers. Damien is a sympathetic figure, but one gets the feeling, as he goes into his own 40 days (or several seasons) in the desert and is tempted, he won’t fare as well the Lord.

In January, I had a chance to sit down with “Damien” creator, executive producer and show-runner Glen Mazzara (“The Shield,” “The Walking Dead.”)

Raised Catholic and a graduate of a Catholic prep school in New York City, Mazzara said of his faith:

I went to Catholic school for 12 years. I was an altar boy. My uncle is a Roman Catholic priest. He’s just recently retired, but he still says mass. I was actually raised in a house that Thomas Merton was raised in and wrote about in “The Seven Storey Mountain.”

My family is very, I won’t say devout, but practicing Catholics. It’s been part of my life since day one.

He’s done an enormous amount of research on St. Paul and the early Church, how it was built and how it spread, and all of that is useful for “Damien.” Christ’s public ministry began with his baptism at the age of 30, followed by the gathering of followers and the building of new belief system, centered on His teaching and identity as the Son of God.

There’s more to it, of course, but that’s the basic model that Mazzara is using for Damien, who functions in the TV series as a sort of opposite number to Christ. Said Mazzara:

Now to have a show where I can work out that material, where I can think about those questions, where I can explore that stuff of an episodic basis or hopefully over the course of many seasons, has really been interesting. I’m not sure what to make of it, but it’s been really interesting that my journey as a person and as a writer has brought me to this point.

Building upon the basic facts of the story of Christ, who was fully divine and fully human, Mazzara said:

What’s different about this show, okay, is I think other examples of the Antichrist in literature and film, just has that Antichrist as a devil, as fully evil without any humanity. Christ was both divine and human. I’ve never seen an Antichrist that is both a human and evil, fully demonic, let’s say. That’s interesting. That’s new territory.

The Catholic Church does not teach that Christ is just God in a human suit. He’s fully divine, and fully human. It’s a mystery that cannot be explained.

That’s something we’re exploring. That’s the show. Other shows that tackle this, I don’t think, think about it on this deep level.

Such as, for example, Fox’s “Lucifer,” which has the devil in human form, living in Los Angeles. He may be becoming more human after spending time appearing to be one, but he’s not fully either one at this point. And, with its campy tone and crime-procedural underpinnings, “Lucifer” is even less serious than the comic book it’s based on.

That is not this show. That’s fine. If they want to do that show, it’s fine. That’s good. I understand.

Among those questions, Mazzara said, is whether the Apocalypse is something to be avoided or embraced:

I think our approach which is unique is that different characters will have different viewpoints. It all depends on their own interpretation of the situation, their own faith, what they believe.

So some people may lean in a more secular fashion. Some people have a more practical approach. Some people will become more religious throughout the piece.

So what we’ve avoided is a typical pop entertainment where someone is going to get a book and say a spell backwards before midnight, so that the swirling, fiery gate closes. That’s not this show.

This is a show about real people dealing with questions that we all face and trying to come up with answers to ultimately unsolvable questions. We can never know the truth, possibly. This is the crucible that we throw our characters into every week.

I hope you can see that we’re taking this seriously. This is something that has been done throughout history by other writers and stuff. It’s something that I’m proud of, that in the show, we were able to tackle very difficult material in an entertaining way that also does not feel preachy or didactic.

With its dark subject matter and violence (though, hardly any sexual content in the first five), “Damien” is not, however, suitable for children. Whether your mature teens can handle it is up to you, but be prepared for some provocative conversations.

Don’t miss a thing: head over to my other homes at CatholicVote and theFaith & Family Media blog, and like my Facebook page; also like the Patheos Catholic FB page to see what my colleagues have to say. 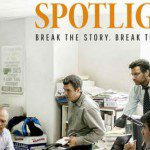 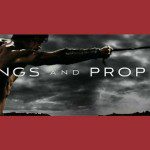