With Kudos for ‘Hacksaw Ridge,’ Is Mel Gibson Back? 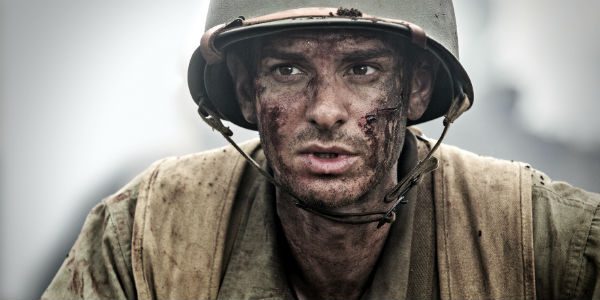 It may be God’s “perky sense of humor,” as “Dogma” called it, but a movie about Christian faith in the face of adversity may be Mel Gibson’s ticket back to showbiz acceptability. But in a town that’s forgiving of a huge swath of reprehensible behaviors, Gibson’s redemption is a long time coming.

Back in the spring of 2014, I wrote a piece for CatholicVote, noting a Deadline.com article in which a journalist who became friends with Gibson issued a call for the Hollywood community to forgive the actor/director his transgressions and welcome him back into its good graces.

It always seemed ridiculous to me that a drunken rant and a troubled personal life should have made Gibson (at right, wearing a Miraculous Medal at a recent press event) persona non grata 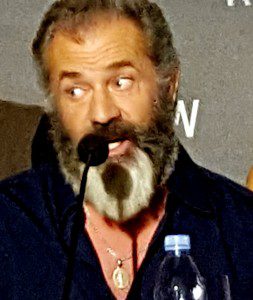 forever, especially considering the manifest sins of Hollywood. But hypocrisy is practically a sacrament in Tinseltown.

Or, as I cited at CV, there may be another explanation.

But as Father Robert Barron notes in a 2010 video, the strong animus against Gibson in Hollywood may spring from the opposite view, that he’s too Catholic (by whatever standard Hollywood judges such things).

Barron says, “I’ve suspected that the obsessive interest in Mel Gibson’s dysfunction might be a function of (anti-Catholic) prejudice. Let’s face it, Hollywood is filled with dozens, hundreds, of dysfunctional people. All the stories you could tell about misbehavior out in Hollywood, why has there been this nearly obsessive interest in Mel Gibson’s problems?

“At least for some people, it’s the implication that Catholicism is a sign of his dysfunction.”

While not defending Gibson at all, Barron says, “I am calling into question this tendency to use his dysfunction as a club to beat up on Catholicism.”

So while Gibson may on balance be no worse than any ten people one could round up at random at an average Oscar party, the unwillingness of Hollywood to live and let live may have much more to do with its own bigotry than his.

But, Gibson continued to work where he could, and he did have friends in the industry. Notable among them is Robert Downey Jr., whose post-incarceration career was kept afloat when Gibson put up money so that Downey could be insured to do a movie.

Speaking on behalf of his friend in front of a Hollywood crowd in 2011, Downey said:

“He kept a roof over my head and food on the table and, most importantly, he said if I accepted responsibility for my wrongdoing and embraced that part of my soul that was ugly – ‘hugging the cactus’ he calls it – he said that if I hugged the cactus long enough, I’d be a man.”

On Nov. 4, Gibson’s latest directorial effort, “Hacksaw Ridge,” is released nationwide. It’s the story of devout Seventh-Day Adventist and World War II medic Desmond Doss (Andrew Garfield), whose beliefs prevented him from carrying a gun but compelled him to save the lives of his fellow soldiers in heroic fashion after a brutal battle on Okinawa — leading him to be given the Medal of Honor (the first conscientious objector ever to be a recipient). 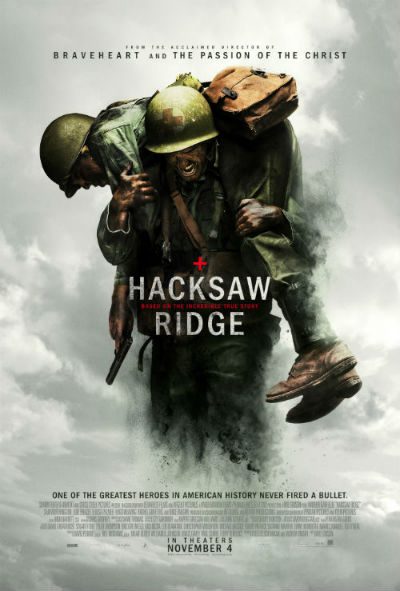 More on the film in future posts, but I’ve seen it twice, and it’s a remarkable accomplishment. A modern re-imagining of a classic 1940s war film — with contemporary levels of graphic but realistic combat violence — it has faith threaded throughout, and yet is still accessible to anyone who understands what it’s like to have strong principles, and to be persecuted for them.

“Hacksaw Ridge” — named after an escarpment where the movie’s central battle takes place — is being marketed to both the military and faith communities, but it’s primarily a mainstream film, intended to appeal to a broad audience. So far, it’s doing pretty well.

Back in September, it played to a 10-minute standing ovation at the Venice Film Festival; and it’s scoring an astronomical 94% at online ratings site Rotten Tomatoes.

When the film screened at the Academy of Motion Pictures Arts & Sciences in Beverly Hills on Oct. 24, it got another standing ovation.

“Show your heart — not just your applause — for Mel Gibson,” producer Bill Mechanic asked the crowd after the credits rolled.

As Gibson walked down the aisle to take the stage with fellow producers and key cast members, the audience gave a standing ovation. It was a departure from the typical Hollywood premiere, where the main introductions take place before the screening.

There really was a Desmond Doss, and the film sticks close to the facts of his story. Yet there’s still something very programmatic about “Hacksaw Ridge.” It immerses you in the violent madness of war — and, at the same time, it roots its drama in the impeccable valor of a man who, by his own grace, refuses to have anything to do with war. You could argue that Gibson, as a filmmaker, is having his bloody cake and eating it too, but the less cynical (and more accurate) way to put it might be that “Hacksaw Ridge” is a ritual of renunciation. The film stands on its own (if you’d never heard of Mel Gibson, it would work just fine), yet there’s no point in denying that it also works on the level of Gibsonian optics — that it speaks, on some political-metaphorical level, to the troubles that have defined him and that he’s now making a bid to transcend.

So, why should this be the moment — and the low-budget, independent film — where Gibson is forgiven? Maybe somewhere, in its dark, shriveled heart, Hollywood yearns for a hero, for someone who can’t be bought or co-opted or bullied or shamed into being something other than what he is — or what God wants him to be.

And, perhaps, because the film isn’t directly about Jesus, if it’s a financial success, Hollywood can swallow that more gracefully than it did the boffo box-office for “The Passion of the Christ.”

Or, in a studio world of comic-book escapades, CGI fantasies, rubberstamp summer blockbusters and raunchy comedies, Hollywood is ready for a real movie about real people doing real things, with real stakes and real heart.

Either way, Gibson has made something rich and memorable, and it’s long past time that the Pharisees, Philistines and libertines of Tinseltown gave him his due. 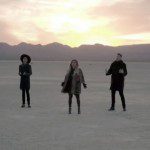 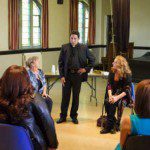