Netflix’s ‘The Keepers’: Thoughts and Questions on the Murder of Sister Cathy

Netflix’s ‘The Keepers’: Thoughts and Questions on the Murder of Sister Cathy June 2, 2017 Kate O'Hare 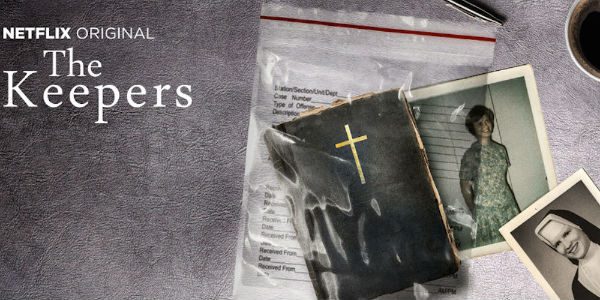 I’ve finished Netflix’s “The Keepers,” which launched on May 19, and I have thoughts and questions. Bear with me.

If you haven’t seen the whole series, stop reading now and come back when you have. I’m going to make spoilery comments, and I’m going to reference things I’m not going to explain. You’ve been warned.

Some statements up front:

Let’s deal with these one at a time.

There are cover-ups in the world (just ask Richard Nixon), and they’re usually worse than the crime (again, ask Richard Nixon). In the case of the sexual abuse of children, the crime wins. Even in the face of something this heinous, though, the human ability to disbelieve the obvious, and an institution’s default response to protect itself, kick into overdrive.

You can explain aspects of the Church’s inability to deal with abusive priests, and you can even understand some of it, but it’s still horrific. Any honest Catholic feels sick to his or her stomach hearing about it. And, no one cares that the Church has largely cleaned up its act and now goes to great lengths to vet priests and protect children, that the accusations are decades old, or that abuse continues rampant in public and private schools, non-Catholic religious institutions, sports teams, the Boy Scouts, Penn State, the Los Angeles Unified School District, and so on. That doesn’t matter, and perhaps it shouldn’t.

But along with the Archdiocese of Baltimore, “The Keepers” also trashes the Baltimore Police, state police, county sheriffs, the district attorney’s office and the FBI.  And while the local media has covered the Father Maskell abuse cases, and the unsolved murder of Sister Catherine Cesnik, most of the sleuthing in “The Keepers” is the work of a freelance journalist and amateur detectives.

Even in as Catholic a city as Baltimore, not everybody is on the side of the Church, and many couldn’t care less if it gets hurt. If the Church failed Maskell’s victims or Sister Cesnik, there were plenty of other institutions that could have rolled in — and according to “The Keepers,” they all fell down on the job.

Then at the end, it states that government oversight is the answer. Apparently not.

Two Things Can Be True at Once

Father Maskell could have been a psychopathic serial abuser of children and innocent of the murder of Catherine Cesnik. Abuse could have happened at Archbishop Keough High School and had nothing to do with the murder. Cesnik could have had maggots in her mouth and throat and there still be none visible on her face. Some of Maskell victim Jean Wehner’s recovered memories can be accurate and some may not be. I’m not saying this is how it is, but it’s possible. Correlation is not automatically causation.

Regarding the above statements, we lack hard evidence. Conjecture and coincidence, yes; but evidence, no. And what evidence there is — that the exhumed Maskell’s DNA did not match DNA at the crime scene — doesn’t support linking the abuse and the murder. It doesn’t disprove it, either. But you can’t prove a negative, so you have to go on the evidence you have.

I don’t doubt Jean Wehner suffered abuse at the hands of Father Maskell. But I didn’t appreciate the trashing of the reputation of Johns Hopkins psychiatrist Paul McHugh, just because he is a Catholic and has doubts about recovered memories. There is honest controversy about repressed or recovered memories.

That doesn’t mean everything Wehner says she remembers is wrong; neither does it say that everything is accurate. To me, there’s still room for doubt about her memory of brushing maggots off Sister Cesnik’s face. Under the best of circumstances, eyewitness testimony has to be approached skeptically. Wehner is to be commended for her guts and candor, and her anger is righteous, but it doesn’t follow that every single thing she says is to be taken as fact.

The same applies to Maskell’s protestations of innocence. I don’t buy it. But, still, my inner amateur lawyer keeps reminding me he was never convicted of a crime. I think he’s guilty as sin, but I don’t know that he’s guilty of everything he’s accused of.

The Corruption of Institutions

As Christ’s Mystical Body on Earth, the Catholic Church should be held to a higher standard than a secular organization. Yet, it is an institution composed of people. The first instinct of any institution is to protect itself — from governments to schools to sports teams to the military to you name it. It’s just a fact. I wish the Catholic Church was exempt from this. It’s not.

But the plain fact is, the overwhelming bulk of allegations against the Church are decades old (Sister Cesnik was murdered almost 50 years ago), but the abuse of children continues to this day, in places that have nothing to do with the Church. Unless you care just as much about those, and expend just as much energy on those, I think it’s not children you care about, but killing the Church. And by the way, if you succeed, it won’t stop the abuse of children.

And with increasing normalizing of pedophilia (and ephebophilia — adults seeking sex with post-pubescent adolescents) in academia and the secular world, it may one day soon cease to scandalize us at all.

What “The Keepers” Leaves Out

I’ll give “The Keepers” director Ryan White a pass on the Maskell DNA, as that came out in the papers only a couple of days before the series premiered. But the show ends with a fight in the Maryland State Legislature over a bill extending the statute of limitations for adult victims of child abuse being able to sue perpetrators in civil court. The Church is portrayed as an evil opponent of this law, championed by Maryland lawmaker and abuse survivor C.T. Wilson.

What it leaves out is that another version of the bill — which treats public and private institutions equally — was passed in April 2017, in plenty of time to be added to the end of the series.

The Archdiocese of Baltimore is on record as having worked with Wilson on reshaping the bill and supported its passage.

In its laudable interest of keeping focus on Maskell and his victims, the series is also light on details about legal proceedings. Yeah, they’re boring, but they’re an important part of the story.

The Accountability of Women

Where were the School Sisters of Notre Dame in all this? Maskell was the chaplain of the all-girls Archbishop Keough High School, but he didn’t run it. He didn’t teach there. According to his victims, he and other men were engaging in the most outrageous conduct in his office, on school property. No evidence is presented in the series — and I haven’t encountered any in my reading on the case — that any of the sisters reported anything about him to anybody.

I do understand that priests were held in excessively high esteem in the 1960s, but these women had the primary responsibility for their students — educationally, physically and spiritually. Something is wrong here. And from what I’ve heard of teaching nuns, they aren’t exactly shrinking violets.

Maskell’s victims also assert that Sister Cesnik died because she posed a threat to Maskell. Well, there’s no record of her ever saying anything about him. She was also out of the school, on leave from the order, and teaching at a public high school at the time of her murder. She seems to have been a wonderful person, but the notion that she was a crusader against an abusive priest is conjecture, not fact.

I would have liked to have seen some interviews with other nuns who worked at the school at the time Maskell was there, but there were none. If you’re in a position of authority, you also share in the blame — whether you’re male or female.

I’m firmly convinced that more female investigators would be a boon to solving crimes. When you’re trying to unravel human behavior, having half the human race on the team is a good idea.

“The Keepers” made me feel ill, and angry. But a lot of people die in America, and millions of children are abused, and we pick and choose what stories to tell. The Church deserves its lumps; but where’s the Penn State TV show or movie (three officials just went to jail), or the one about abuse in tony private schools, or the Boy Scouts’ “perversion files”?

Those victims deserve the spotlight, too.

PS: According to Ryan White, a season two of “The Keepers” is unlikely. 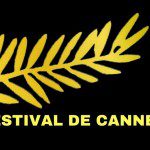 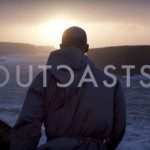 June 6, 2017 'Outcasts': Doc Profiles Franciscan Friars on the Edge
Recent Comments
0 | Leave a Comment
Browse Our Archives
get the latest from
Kate O'Hare's Pax Culturati
Sign up for our newsletter
POPULAR AT PATHEOS Catholic
1