TBS’ ‘Miracle Workers’: Hideous Heresy or Just for Laughs? (Or Both? Or Neither?)

Yesterday, I got an email demanding that TBS cancel its new series Miracle Workers because it “blasphemes Almighty God.” So, does it? I guess, technically, if you have no sense of humor or proportion or even whimsy.

The half-hour limited series (official site here) premiered on Feb. 12 and airs Tuesdays at 10:30 p.m. ET/PT (the timeslot should be a hint that it’s not for the whole family). I’ve seen all of them. The show is the creation of puckish novelist and humorist Simon Rich, and is based on his novel “What in God’s Name.” The New York Times compared the book to Douglas Adams’ Hitchhiker’s Guide to the Galaxy (one of my all-time faves) and wrote:

But this gentle, enjoyable parody owes more to “The Simpsons,” and to Terry Pratchett and Neil Gaiman’s “Good Omens.” Rich isn’t interested in condemning religion — he just wants to have fun with it, using the Bible as an outrageous vehicle with which to present, in his own odd way, questions about faith and human nature. Funny and occasionally touching, “What in God’s Name” is satire that avoids sanctimony.

If you missed the premiere, here’s the whole first episode:

Miracle Workers isn’t a show about any real concept of God or angels or theology or religion. It’s a show about people employed at a huge, dysfunctional corporation (called Heaven, Inc.), who are trying, against all odds and occasionally badly, to save the world. Steve Buscemi plays a character called God, but he’s not what we call God. He’s a bumbling, incoherent, possibly illiterate, capricious comic construct. Daniel Radcliffe plays a character referred to as an angel, but he’s not an angel. He’s a former mortal human tasked with answering prayers at Heaven, Inc.

These characters are about as much God and angels as the Lincoln of Abe Lincoln, Vampire Hunter was actually our 16th president. So, if you can’t get the idea that these are utterly fictional characters straight in your head, then yeah, don’t watch Miracle Workers. But like the New York Times book reviewer, I can tell the difference between a humorous send-up of general religious themes and a malicious attack on the nature of belief and believers.

By the time I got through its final episodes — which are stronger than the beginning — Miracle Workers was amusing, rather sweet and made some interesting points about the dangers of answered prayers.

The central conflict of the show comes when God decides to destroy Earth — which, as he observes by watching TV, is in a terrible state — in order to realize his dream of creating a restaurant, and maybe gain his disapproving family’s respect. Angels Craig (Radcliffe) and Eliza (Geraldine Viswanathan) manage to head him off by making a bet. If they can get shy, hapless would-be lovers Sam and Laura (Jon Bass, Sasha Compere) to kiss, the Earth will be saved.

As Craig points out to Eliza at the beginning, answering prayers can be hazardous. Afraid to tinker too much with reality, he works within the laws of physics, using gentle nudges and slight alterations, concentrating on answering only the easiest of requests. Truly impossible prayers get sent via pneumatic tube to God, who ignores them. He’s far too busy worrying about eating, his new restaurants and any number of other pointless pursuits.

To be honest, Craig and I are on the same page about how prayers are answered. We all want big lightning bolts from the sky and immediate gratification, but as the show demonstrates, we have no idea how many levers and dials have to be manipulated in the universe at large for us to get what we want. And, what we want may not be be what we need, or it may hurt other people, or we may get it at the expense of something else or … you get it.

I think God’s answers to prayers are “Yes,” “No,” “Not Yet” or “No, But I Have Something Better in Mind.” And you get that answer is His time, not yours. We just don’t have a big enough picture to have any clue about the true cost of granting wishes. Miracles must be few and far between, because if they happened regularly, we wouldn’t be able to count on physics and biology and geology and all the other things that make reality comprehensible and predictable.

Nobody would, for even a day, want a world in which all our prayers are answered and we have miraculous escapes from every mishap. That would negate free will, which only is real if it has real consequences.

(Incidentally, in Miracle Workers, God’s insufferable family can’t imagine why he did something as crazy as giving humans free will.)

As Craig, Eliza and others they recruit to their cause scramble to unite Sam and Laura, mass disasters strike and thousands die. That’s an extreme example of what happens when anyone tries to force something into existence.

Here’s an exchange I had last week at the biannual TV Critics Association Press Tour on this very topic:

ME:  Obviously, it’s not a show you’re going to go to for theology.  But what I sort of liked about it is it pointed that when you want something you don’t know how many levers have to turn in the universe for you to get the thing you want.

QUESTION: Was that like a central idea when you were doing this?

SIMON RICH:  Big time.  It might even be the central idea. Yeah.  I mean, you know, we probably have the highest body count of any rom-com in history. This is a show where, basically, two humans pray to be a couple, and the angels are trying to make that a reality, but there’s constant collateral damage. They’re constantly, inadvertently, causing typhoons, terrible things are happening to innocent, undeserving people, and the show, you know, it sounds like a very nihilistic show because it’s a show that posits a cosmology where, basically, everything in human history is random and meaningless and accidental, but it’s also a show in which miracles are possible and in which individuals are capable of making good things happen in small ways every day. So, it’s superficially defeatist but, ultimately, kind of sweet.

Taken in the right spirit, Miracle Workers is very weird, a little sweet and ultimately fun. It’s not a show about faith in God, but about having faith in ourselves and in others — and hope. In an increasingly nihilistic entertainment world, that’s a nice thing to see. 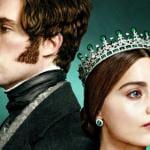 February 9, 2019
Thoughts on Watching PBS' 'Victoria' While Catholic (and Irish)
Next Post 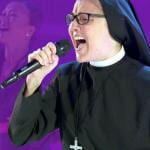 February 19, 2019 'All I Do Is Prayer': Pop Sensation Sister Cristina of CBS' 'The World's Best' on Faith, Lady Gaga and Singing for $1M
Recent Comments
0 | Leave a Comment
"No one should give views, or any attention, to protestant lies. Plus, their music is ..."
Jeffrey UPtv to Air ‘I Can Only ..."
"Found this through a click-bait title. I thought Warrior Nun was just OK and not ..."
Inker Netflix’s ‘Warrior Nun’: Well, That Was ..."
"Thanks for the warning. I was up to episode three, and it had me fooled ..."
Jim Dailey Netflix’s ‘Warrior Nun’: Well, That Was ..."
"Of course the show is inevitably going to be anti-Catholic, and of course it has ..."
Cotta3513 Netflix’s ‘Warrior Nun’: Well, That Was ..."
Browse Our Archives
get the latest from
Kate O'Hare's Pax Culturati
Sign up for our newsletter
POPULAR AT PATHEOS Catholic
1