In theaters now, the animated film UglyDolls is cute, charming, funny, tuneful and has heart. In today’s hit-and-miss family-film landscape, that’s something of a minor miracle — and, maybe, there’s a bit more.

Soon to also be a Hulu TV series, UglyDolls is based on a successful line of plush toys launched in 2001. Interestingly, it’s not from a major animation studio like Sony or Warner Bros. or Disney. It’s from STX Films, founded in L.A. in 2014. The film has funding from diverse sources, including the Chinese conglomerate Alibaba, along with tax incentives from Canada.

Essentially, it’s the Island of Misfit Toys from Rudolph the Red-Nosed Reindeer crossed with Toy Story, dressed up in Candy Crush colors — not that that’s a bad thing.

In the universe of UglyDolls, toys going through a manufacturing plant have two possible outcomes. If all goes well, the humanoid dolls go to Perfection, a bootcamp of sorts to transform them into their final form and get them ready to withstand the rigors of being loved by a child.

If something goes wrong in the manufacturing process, the dolls are shunted down a pipe that deposits them in UglyVille, a colorful, idyllic. fabric-covered hamlet on the shores of a fabric sea, overseen by the one-eyed (and one X where the other eye should be) Mayor Ox (voice by Blake Shelton).

Living in UglyVille is energetic, optimistic, gap-toothed pink doll Moxy (voice by Kelly Clarkson), who dreams every day of being loved by a child (because, as anyone who’s seen Rudolph knows, no toy is truly happy unless it’s loved by a child).

So, although the party never ends in UglyVille, Moxy recruits her best pals Wage (Wanda Sykes), Lucky Bat (Wang Leehom), Babo (Gabriel Iglesias) and UglyDog (Pitbull) for a mission to find out what’s at the other end of the pipe.

There, they land in Perfection, overseen by a slick, popstar-type doll named Lou (Nick Jonas) and his trio of loyal “mean girl doll” minions. But one of the girl dolls, Mandy (Janelle Monae) isn’t as perfect as she first appears. She becomes pals with the UglyDolls on their quest to endure Perfection’s Gauntlet, the final test before winding up in a child’s arms.

How do you think it ends? Yeah, you don’t even need me to tell you. Along the way, there are lots of catchy tunes, including this one …

But, Maybe There’s a Bit More Going On Here …

Here’s the two interesting things about this movie, especially for Christian parents.

First, at the beginning of the movie, UglyVille seems like the greatest place ever. It’s bursting with color and life, everyone seems happy and content with each other, there’s fun and food galore. Why would anyone want to leave?

When Moxy is thrown back there, her dreams temporarily shattered, all the energy goes out of UglyVille overnight. It’s only when Moxy regains her dream of belonging to a child of her own that joy returns.

Whether the filmmakers meant it or not (and likely not), it’s a demonstration that all the comforts of this world are not enough if we aren’t fulfilling our higher purpose, the thing that we were made to do.

Second, what helps Moxy triumph in the end is not her determination to win and overcome, but an overflowing of love and compassion.

On its surface, the movie is about accepting imperfections and celebrating individuality, and that’s a fine message in itself. But underneath, it says that we are made for more, that nothing short of our higher purpose will satisfy, and that love and compassion are the route to achieve that.

Not everyone has the same answer to what that higher purpose is, but we know ours — and we know it’s written onto every human heart. 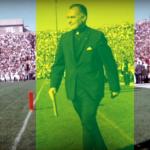 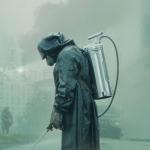