Hallmark Channel Christmas movies are heavy on cocoa, Santa Claus, holly, presents, mistletoe and eggnog, but they’re pretty light on the reason for the season. Kristin Chenoweth is doing a bit about that in A Christmas Love Story.

Things take an interesting turn when a boy (Kevin Quinn) with an amazing voice shows up at a rehearsal, followed by his handsome, widowed father (Scott Wolf). The storyline also touches on a subject close to Chenoweth’s heart — but that would be telling.

The result is a charming, heartfelt (and even sniffle-inducing) movie with more Christ in it than most Hallmark offerings, as the choir sings Silent Night and other sacred carols, and Chenoweth — a vocal Christian — throws a spiritual twist in for her original tune, When Angels Land (here recorded at the same screening where I saw the movie).

Chenoweth also headlines the 16th annual Christmas With the Tabernacle Choir, airing as a one-hour special on PBS on Monday, Dec. 16 at 9 p.m. ET/PT (check local listings), and as a 90-minute special on BYUtv (because, despite the name change, this is still the Mormon Tabernacle choir), on Thursday, Dec. 19, at 7 p.m. and 10 p.m. ET/PT.

Decked out in a succession of stunning gowns by Christian Soriano, Chenoweth joins the 600-voice choir and a full orchestra for a night of classic carols (both sacred and secular) and festive pop holiday hits.

I recently got on the phone with the actress and singer to talk about her Merry Chenoweth Christmas.

“I do love Christmas,” she says. “This is my sixth Christmas movie, and I’ve done so many. But this one probably will be the most special, for obvious reasons, just because it’s close to my heart.”

Asked what it means to have both A Christmas Love Story and the Tabernacle Choir special airing in the same December (and a Netflix movie called Holidate, due out next year), Chenoweth says, “OK, so I taped that special last November, beginning of December, because I was there for two weeks. And then I had a break. In February, I started A Christmas Love Story; and in April, I started Holidate for Netflix.

“So, I’ve been doing holiday movies from February to July. To be honest with you, I’m ready for Christmas. I’m ready. Let’s let it just hurry up and come out.”

Chenoweth wrote When Angels Land with country singer Chely Wright. She didn’t perform it with the Tabernacle Choir, but she says she did get to do it in concert on Broadway.

“The reaction to the song was so big,” she says. “I guess when Chely and I were writing it, we knew what the subject we were writing it about was. We knew the assignment, if you will, but I just can’t wait for people to hear it.

“This will be the first time that I have a song I’ve written in a movie that I’ve been in. I’m very excited about that. I knew that there are lots of people who aren’t celebrating the reason for the season, and that’s just fine. That’s what makes us all be able to live for free in this country.

“But when I wrote the words, ‘descending from the Heavens, like these gifts upon the these leaves, we share goodwill for all, they surround us as they sing,’ that was my way of saying, that’s the Lord. That’s just how I did it. It’s subliminal, but it’s in there.”

She continues, “I’m not perfect. I make decisions that some Christians wouldn’t make. I am so still on my journey, right? But I want to be a light (for kids). It struck me in that moment that that’s one of my purposes.”

Chenoweth is also working on a faith-centric movie of her own.

“It will be a comedy,” she says. “It will be faith-based because, the truth is, Christian people everywhere, we can get our panties in a wad harder than anybody. If we can’t laugh at ourselves, then we got real problems. So I am writing and producing a movie, and it will be a comedy. God will be there. How’s that?”

Chenoweth says the movie will probably be shot in Nashville, perhaps ready to come out after Thanksgiving next year, and, “Not Hallmark. I can’t say where.”

Here’s a taste of A Christmas Love Story:

And Christmas With the Tabernacle Choir: 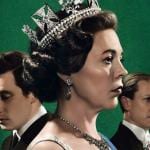 December 4, 2019
'The Crown': Faith in the Show About 'God-Anointed' Queen Elizabeth II
Next Post 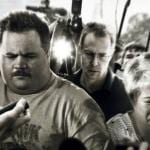