“The Catholic imagination is about revelation,” says Father Mark Bosco, S.J., referring to Georgia-born Catholic writer Flannery O’Connor. “Something’s revealed that might have been concealed, as opposed to just a prophetic or kind of witness stance that happens in some artists. But O’Connor, I think, is the best.”

On Tuesday, March 23, at 8 p.m. ET/PT (check local listings), PBS’ American Masters presents Flannery, directed by Bosco, of Georgetown University, and Elizabeth Coffman, of Loyola University. Among the money needed to finish this profile of Flannery O’Connor (1925-1964) was $200,000 from the first Library of Congress Lavine/Ken Burns Prize, in 2019.

At the time, Burns said:

FLANNERY is an extraordinary documentary that allows us to follow the creative process of one of our country’s greatest writers. It also provides us a glimpse into her life, including her Catholic faith, her unusual sensitivity to race as a Southern white woman, and her daily struggles with illness and the prospect and reality of an early mortality.

The story is beautifully told and captures the power of her Southern birth and life. We’re hopeful that a new generation of readers will re-discover the writings of Flannery O’Connor because of this film.

“American Masters was always our North Star,” says Bosco. “We always thought that this was where our film belonged anyway.”

Mark Bosco: “So, she kind of shakes us all up, no matter where we are or where we stand, but she was very much aware of that. Her stories could bring to anybody a kind of moment of instability and transcendence at the same time.”

Beloved of many Catholics — and non-Catholics — O’Connor, who died young of the autoimmune disease lupus, is not an easy writer to understand. Although her faith informed the lens through which she saw the world, she always looked at life and people straight-on, without romanticism or sentimentality.

As O’Connor herself observed:

The truth does not change according to our ability to stomach it.

She populated her stories and novels with characters that often seemed bizarre and grotesque, far from grace but still haunted by it.

Says Bosco, “She’s aware that something significant has happened in the 20th Century, after two World Wars, after atomic holocaust, after the Jewish Holocaust, that she’s very much at that moment of when the ‘God is dead’ movement of the ’50s and ’60s and early ’70s.

“I just think that O’Connor, because of that, goes, ‘That’s my audience. My audience are the people who have been really traumatized by this and have chosen to either ignore religious sensibility, or if not ignore, really reject it.’

“So, she kind of shakes us all up, no matter where we are or where we stand, but she was very much aware of that. Her stories could bring to anybody a kind of moment of instability and transcendence at the same time.”

Featuring excerpts from O’Connor’s stories, read by Mary Steenburgen, Flannery talks to people who knew the writer, admired her work or, in the case of Tommy Lee Jones and Brad Dourif, starred in film adaptations.

Mark Bosco: “I do believe she lived and breathed racism in her life, but that she was not conscious of it and not trying to always engage it, interrogate it in her stories, and that seems to be missing.”

But as with all things in our current age, O’Connor’s life and work have come under fresh scrutiny, focused on her attitudes, as a Southerner, towards matters of race. In June 2020, Paul Elie, a senior fellow at Georgetown’s Berkley Center for Religion, Peace, and World Affairs, wrote How Racist Was Flannery O’Connor? for the New Yorker.

With the 2014 revelation of bigoted attitudes in letters from O’Connor’s late teens, Elie writes,

It’s not fair to judge a writer by her juvenilia. But, as she developed into a keenly self-aware writer, the habit of bigotry persisted in her letters.

Elie mentions the Flannery film, and while he praises O’Connor’s published work, her private correspondence continues to trip him up. He writes:

This has put her champions in a bind—upholding her letters as eloquently expressive of her character, but carving out exceptions for the nasty parts.

Bosco says, “It was an unfortunate article because it was a bit like clickbait. … And it’s true that there’s a kind of a cancel culture out there, as you speak, but I do think that ultimately it was a shallow, or if not shallow, at least a very simple kind of piece of algebra, to say that Flannery O’Connor was a racist.

“I do believe she lived and breathed racism in her life, but that she was not conscious of it and not trying to always engage it, interrogate it in her stories, and that seems to be missing.”

He adds, “O’Connor was somebody who definitely understood that something was changing, that she herself had to change, and that ultimately, because of the presumptions of her whiteness and of her class, she always had to recover from it over and over again throughout her life.”

Says Coffman, “We respect Paul Elie, the writer. We respect a lot of his work in the past. … [novelist] Alice Walker, one of our interview subjects, signed a petition after that New Yorker article came out, also seeing it as sort of a clickbait-y, so-called cancel culture, that was easy pickings, but really not based on research.

“And as we say to everyone, just read her fiction. Just read the fiction she was writing when she was 22 that was about racial interconnections, and then come back to this question.”

Another of the Flannery interviewees is Pulitzer Prize-winning New Yorker staff writer Hilton Als. In his lengthy New Yorker piece from January 2001, called This Lonesome Place: Flannery O’Connor on Race and Religion in the Unreconstructed South, the Brooklyn-born son of black immigrants from Barbados wrote:

Her black characters are not symbols defined in opposition to whiteness; they are the living people who were, physically at least, on the periphery of O’Connor’s own world. She was not romantic enough to take Faulkner’s Dilsey view of blacks—as the fulcrum of integrity and compassion. She didn’t use them as vessels of sympathy or scorn; she simply—and complexly—drew from life.

As Flannery outlines, through the interviews, original animation, vintage photos and film, and O’Connor’s own words, her fiction unsettled those in her own time, and has shocked, intrigued and enticed generations since.

O’Connor had one thing to cling to — the Church. But it was a rock with sharp edges.

As the world changes, different aspects of her stories rise and fall in their ability to disturb, repel and attract. Devoutly Catholic, she spoke — and still speaks — to a world that has increasingly rejected God. So, as she wrote:

When you can assume that your audience holds the same beliefs you do, you can relax and use more normal means of talking to it; when you have to assume it does not, then you have to make your vision apparent by shock — to the hard-of-hearing, you shout, and for the almost-blind, draw large and startling figures.

Driven to the margins by her shy but prickly nature, her talent, her Catholicism (on the list of things hated by the KKK), the strangeness of her stories, and ultimately her illness, O’Connor had one thing to cling to — the Church. But it was a rock with sharp edges.

She wrote in a letter:

What people don’t realize is how much religion costs. They think faith is a big electric blanket, when of course it is the Cross. It is much harder to believe than not to believe. If you feel you can’t believe, you must at least do this: keep an open mind. Keep it open toward faith, keep wanting it, keep asking for it, and leave the rest to God.

Because, after all, as O’Connor wrote, in another letter,

I have enough energy to write with, and as that is all I have any business doing anyhow, I can with one eye squinted take it all as a blessing. 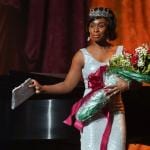 March 20, 2021
'Genius: Aretha': Cynthia Erivo Sizzles as the Queen of Soul in Balanced Biopic
Next Post

March 25, 2021 Post Removed
Recent Comments
0 | Leave a Comment
Browse Our Archives
get the latest from
Kate O'Hare's Pax Culturati
Sign up for our newsletter
POPULAR AT PATHEOS Catholic
1