We have been known to make a cult of youth and our own supposed genius. We seek to invent our own wisdom, instead of going to its Source.

Fr. George Rutler reflects on this arrogance with a little help from one of the great women doctors of the Church:

There is a curious study in an academic journal of psychology. The study — titled “Intelligence” — claims that we in the twenty-first century have an average IQ fourteen points lower than the Victorians, a calculation based on how long the brain takes to react. The scientist author claims that this is the result of a backward form of natural selection, with the most intelligent people tending to have fewer children (usually for the wrong reasons), while others now tend to live longer. Some of this smacks of the false science of eugenics, but it does strike at what has been called chronological arrogance, which assumes that people today are smarter than those of the past.

This arrogance is a form of perpetual adolescence, as it thinks the elders of the past were not very bright. But the very existence of civilizations attests to the fact that we have inherited what we did not invent. In 1676, Isaac Newton wrote: “If I have seen a little further, it is by standing on the shoulders of Giants.” This is the common sense that is common only to uncommon minds. The theologian John of Salisbury said the same thing in 1159: “We are like dwarfs sitting on the shoulders of giants. We see more, and things that are more distant, than they did, not because our sight is superior or because we are taller than they, but because they raise us up, and by their great stature add to ours.”

The gigantic theological minds gave us the doctrine of the Holy Eucharist, and less subtle minds in our time find it hard to accept because they will not stand on their shoulders. Or, nearly as bad, thinkers of modest stature may end up shrinking the magnificent Scholastic teaching on Eucharistic transubstantiation into a cloying caricature, with images of a baby Jesus curled up in the Tabernacle, and invitations to pop into church to say “a quick hello to Jesus.” The great Eucharistic doctors never separated the Body and Blood of Christ from the mystery of the Holy Trinity. Saint Catherine of Siena never thought of measuring IQs, and she is a Doctor of the Church even though she was practically illiterate.

He concludes, urging us to pray as Catherine of Siena did:

O Trinity! Eternal Trinity! O, Fire, abyss of Love!
Would it not have been enough to create us after your own image and likeness,
causing us to be re-born through grace and by the Blood of Your Son?
Was it still necessary that You should give us even the Holy Trinity as food for our souls?
Yes, Your love willed this, O Eternal Trinity.
You gave us not only Your Word through Redemption and in the Eucharist.
But You also gave us Yourself in Your fullness of Love for Your creature.
Truly the soul possesses You Who are the supreme Goodness.

On the feast of Corpus Christi, and always, this is our call, this is our life at its deepest. As New York native Dominican Archbishop Augustine DiNoia put it in an Easter Vigil homily: “no one has ever desired anything more than God desires to share the communion of his Trinitarian love with us. This desire gave rise to a plan, a design, of grace and salvation.”

June 1, 2013 Do We Live Constantly with God?
Recent Comments
0 | Leave a Comment
"If you're at all interested in knowing . . . the Catholic Dogmas . . ..."
Vicki DePalma 10 Catholic Things that Caught My ..."
"Citation for this prayer, please?"
Deb. Thurston OCDS Athirst? Moving Deeper into the Trinity
"You're still on Patheos Katheryn? From what I can tell Catholic Patheos has become a ..."
Manny 10 St. Anthony of Padua Things ..."
""2. Living in Accordance...."The Sheen meditation is absurdly wrong."
barthomew 10 Catholic Things that Caught My ..."
Browse Our Archives
Related posts from Kathryn Lopez 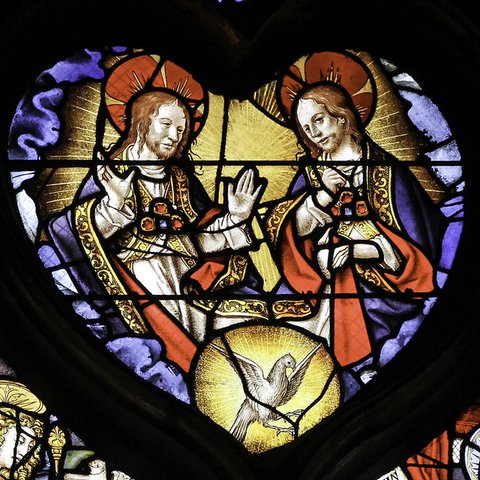 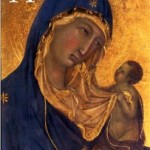 Catholic
You Don’t Have to be a Monk to...
Kathryn Lopez