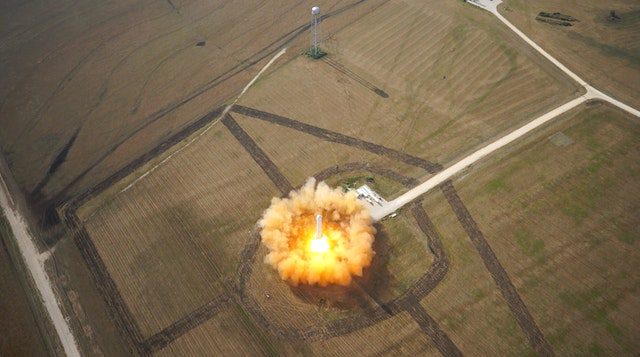 Saying 32: Jesus said, “A city built upon a high hill and fortified cannot fall. Nor can it become hidden.”

Scholars differ on whether or not this saying originates with Thomas or if it’s an adaptation of the saying from Matthew 5:14-15 where Jesus says, “Ye are the light of the world. A city that is set on a hill cannot be hid. Neither do men light a candle, and put it under a bushel, but on a candlestick; and it giveth light unto all that are in the house.”

But, there is no strong consensus one way or the other about which version is original. For example, one scholar notes:

“Fitzmyer also regards it as a secondary expansion of Matthew, while Grant and Freedman think it based on Matthew, but that ‘it has become mixed up with something else in the course of transmission.’ On the other hand, Puech notes that Vaganay, working on the basis of the Greek fragment, had already suggested that it came from independent tradition, and he himself suggests that it may be older and more complete than Matthew. Quispel has detected several parallels in other writings, some of them already noted by Harnack and others in their studies of the Greek, and these must lend support to the view that we have here an independent tradition.” (R. McL. Wilson, Studies in the Gospel of Thomas, p. 61)

So, the Thomas saying may be the original, or it may not be. Either way, let’s try to determine what Jesus wants us to understand about the Kingdom reality.

At the most basic level, it’s common sense to suggest that a city built on a high hill and fortified is safer than one that is built in a valley or left unprotected. Obviously, once you built a city on a high hill and surround it with fortifications it will not only become easier to protect, it will inevitably become highly visible to everyone for miles around.

On one level, the observation presents a paradox. Build a city on a high elevation and surround it with fortified walls and, yes, it will be safer from attack, but it will also become a more obvious target.

It’s like surrounding your house with a large gate and adding security cameras and guard dogs may make your house safer, but it also makes it more tempting for thieves who cannot help but wonder, “what do you have in there that warrants so many layers of protection?”

In other words, once you call attention to the fact that you have something valuable to protect, it may unintentionally invite people to steal it from you.

To those living at the time Jesus spoke these words, it would have resonated with them that the reason for building cities on large hills and fortifying them against invading armies was to protect them, but then they would also realize that those measures do not always guarantee that those cities “cannot fall.”

On the contrary, cities built this way and fortified accordingly fell against Roman armies and invading barbarian attacks on a regular basis.

So, what is Jesus really saying here? Perhaps it’s that last sentence that we should pay more attention to: “Nor can it become hidden.”

Setting something valuable on a high pedestal and surrounding it with protective measures is perhaps the worst way to keep it from those who seek to plunder it.

Hiding your valuables might be better than calling attention to your fear of losing your treasure.

Could this be a metaphor for why Jesus taught the crowds in parables and spoke to his inner circle openly and plainly?

For those who had no eye for the treasures of the Kingdom message, the parables of Jesus were simple stories about farmers or shepherds going about their daily routines. But, for those who were hungry and thirsty for Truth, those parables suggested hidden wisdom and a buried treasure that proved irresistible to those who had eyes to see, or ears to hear.

In other words, Jesus did not build his city on a high hill. He did not openly reveal his treasures to everyone. He reserved those nuggets of Truth for those who drew nearer and leaned in to learn more.

Those who ventured lower into the valley found a great treasure of wisdom to uncover. The earthly cities contained nothing of any real value for those followers of Jesus who took the time to seek and knock and inquire about that deeper wisdom of Christ in us.

To put it another way, if you want to protect something valuable, don’t put it on display. Hide it somewhere safe and only share it with those you’re willing to share it with.