Now that this year is just about over, let’s take some time to look back at some of the highlights [and low points] of 2022.

In the Christian world, things were volatile and slightly disturbing. We had more confirmation of the rise and threat of Christian Nationalism in our nation, with high-profile political and religious leaders openly in favor of creating a Christian Theocracy in this nation, and more than a little indication that they may have the power and the support to make it a reality sooner rather than later.

We had a disturbing increase in mass shootings, most notably the Uvalde, Texas school shooting where the Governor passed legislation that made the shooting possible, visited an NRA meeting instead of the grieving parents, and not only won re-election a few months later but carried the Uvalde vote. Proving that allegiance to political ideology supersedes common sense, reason and morality in our nation.

The Supreme Court overturned Roe v. Wade, something I had not only doubted would ever happen, but actually published a book predicting such a thing was impossible and impractical for Conservatives. Still, although I was wrong, my points about the pros/cons of such a decision remain valid ones.

This decision has made it clear that a very real surge of Christian Nationalism and Christian Theocracy is in motion at the highest levels of our government, and if this continues, our nation will look more like The Handmaid’s Tale much faster than anyone might anticipate.

Several mainline denominations are splitting over same-sex marriage and other LBGTQ+ issues.

Mass shootings claimed lives at churches in Alabama and California, and at black shoppers in Buffalo, New York, as well as LGBTQ patrons at a nightclub in Colorado Springs. No significant changes in gun laws appear on the horizon.

On the positive side, we had a bit of controversy recently when CCM songstress Amy Grant publicly supported same-sex marriage, and whistle-blower Megan Lively exposed the massive SBC [Southern Baptist Church] sexual abuse cover-up, leading to a public investigation.

In the Hall of Shame section, we should also mention that pastor John MacArthur was exposed for shaming a woman in his congregation for failing to take back her abusive husband, and how sexual harassment went unchecked at Christianity Today magazine.

Elon Musk spent $44 Billion dollars to drive Twitter into the ditch rather than do anything about world hunger, poverty, or the US homeless epidemic.

Of course, we cannot fail to mention historic events like the passing of Queen Elizabeth II, and the televised January 6 Insurrection Hearings on Capitol Hill.

Personally, this was a very productive year, almost making up for the lost momentum of 2020/2021. I launched a brand-new weekly Premium blog series here on Patheos – The Inner Circle – which has been going strong. This series takes a look at the sayings of Jesus from the Gospel of Thomas and focuses on one specific saying every week. Eventually this will become a book, but starting in Feb. it will also become a 3-week online course called INSIDE/OUTSIDE. [Info and registration HERE]

It was also really great to teach a 6 week course on The Gospel of Thomas at UTEP this year through their OLLI program, which really gave me the push I needed to launch the new online version.

My top posts here on Patheos for this year were:

Why You Shouldn’t Buy The Good Friday Lie

Debunking The Myth of The Unforgivable Sin

My Biggest Problem With The Bible Is…

Most Evangelicals Agree Jesus Is Not Enough

My newest book, SOLA MYSTERIUM: Celebrating the Beautiful Uncertainty of Everything released from Quoir Publishing this year and was well-received [Still in the Top 20 at Amazon right now], and endorsed by people like April Ajoy, David Bentley Hart, Thomas J. Oord, David Hayward, and several others.

I was also honored to contribute to a few amazing books this year:

I wrote the Foreword for Karl and Laura Forehand’s excellent new book, “Out Into The Desert” and I contributed a chapter to the book, “Parenting Deconstructed” edited by Jason Elam, with insightful chapters provided by authors like Mark Karris, Desimber Rose, Matthew J. Distefano, Derrick Day, Josh Lawson, Ben Delong, Jon Turney, and many others.

We also announced this year that I and my partner/friend, Matthew J. Distefano, are now the co-owners of Quoir Publishing, so next year will be filled with some pretty amazing new challenges for both of us.

So, what’s new in the New Year?

As I mentioned above, I’ll become co-owner of Quoir Publishing, overseeing Marketing and Author Relations, and we have some great new books releasing from authors like Maria Francesca French, Karen Shock, Kevin Sweeney, Aaron Simnowitz, and so many more!

We’re also launching a new Quoir Classics imprint which will reprint out-of-print and public domain works like Khalil Gilbran’s The Prophet, Brother’s Karamozov, Alice in Wonderland, and Tolstoy’s excellent, The Kingdom of God is Within You, with brand-new Forewords from well-known authors and theologians and new cover designs to hopefully attract a new audience to these exceptional works.

I also hope to publish a follow-up book to SOLA MYSTERIUM, which I’m working on now [and about 2/3 of the way through as of today], and hopefully later in the next year the complete INSIDE/OUTSIDE commentary on the Gospel of Thomas.

In February of 2023, I’ll be debating Dr. James White in Houston, TX on the topic of “What Is Biblical Marriage?” which should be a lot of fun.

If you’re in the area, I’d love to see you there! INFO AND REGISTRATION HERE> 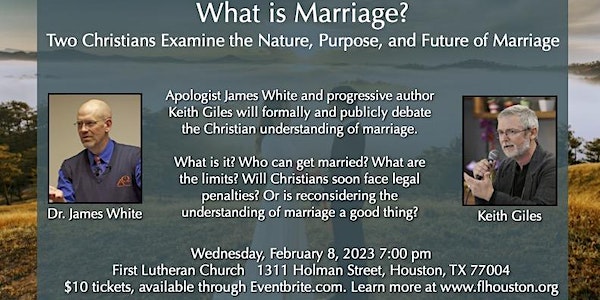 I hope you’ve had a great 2022, and I look forward to whatever is in store for us in the year ahead.

Thanks for your support and your comments. I couldn’t do this without all of you. 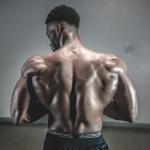 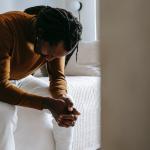