INNER CIRCLE: You Will Not Find Me

SAYING 38: Jesus said, “On many occasions you have wanted to hear these sayings that I am saying unto you. And you have no one else to hear them from. Days will come when you will seek me, and you will not find me.”

While this saying is similar to what we read in Matthew 13:16-17 and in Luke 10:23-24 and John 7:34, here the difference is that Jesus does not refer primarily to a future date when his disciples will search for him and fail to find him, but reminds them of a time before they knew him when their hearts were longing for someone – anyone – to speak these profound truths to their souls.

He invites them to recall that original hunger for truth they once had, and that insatiable desire they once experienced; to be awakened to the reality of the Kingdom of God which surrounds us all.

Here, Jesus establishes, first of all, that there was once a time when they were unaware of their Oneness with God and their connection with Christ, and through Christ, all things. He wants them to remember that; to hold on to that memory. He wants them to recall that prior experience of being in darkness; to remember those days when they were certain that there was more to this reality than what they could see, or taste, or touch.

Jesus reminds them that, even in their darkness, their eyes yearned for the light; their hearts longed for the truth.

Now, because of what Jesus has spoken to them, their eyes are opened and their hearts are aflame with the blazing truth of God’s inseparable and unending love for them, and with all things. He wants them to stop and realize where they are now; who they are now; and how their hearts and minds have been transformed by this new realization. They are not the same. They have been changed by this profound shift in their paradigms about who they are, and who God is, and how all things are made one in Christ.

So, when he ends by saying “Days will come when you will seek me, and you will not find me,” this is not the same sad yearning for Jesus his disciples suffer in his absence, as we read it in those sayings from Matthew, Luke and John.

Instead, by reminding them of what they once longed to understand and pointing out how they now have eyes to see the reality of Oneness in Christ, Jesus wants them to realize they have no need to seek for him or to find him again. Why? Because their eyes are now wide open. The Truth has been revealed to them. They no longer require a teacher because the lesson has been given. They no longer require a healer because their eyesight has been restored; their blindness has been removed, and they can see what they once only dreamed about; the reality of God that permeates all things and their inseparable connection to God and their Oneness with all creation.

As in the previous saying about blind guides, the point here is that the blind require a guide and those who can see do not. Now that their eyes are opened, they no longer seek the healer of their blindness. Now that the teacher has shown them the answer, they no longer have to question what is true.

So, when they look for Jesus and do not find him, this is a good thing, not a bad thing. Because, before they met Jesus they were in darkness and they lacked understanding. Now that they have found Jesus and their eyes can see, they no longer seek Jesus. What they were searching for has found them. They have arrived at the place they were longing to be: in the Presence of Truth, in the center of God, and in the realization that separation from God is an illusion.

This more complete saying in Thomas frames their spiritual journey from original questioning to eventual discovery, and then to an awareness of where they stand here and now, and who they truly are – and always have been – in Christ.

They are filled with the fullness of Christ who fills everything in every way, and nothing will ever be the same for them again.

Are you interested in going deeper into this fascinating collection of the sayings of Jesus that many in the Church tried to suppress? Join me starting Feb. 13 for a 3-week, self-paced online course on the lost Gospel of Thomas.

**
Keith Giles is the best-selling author of the Jesus Un series. He has appeared on CNN, USA Today, BuzzFeed, and John Fugelsang’s “Tell Me Everything.” His latest book, SOLA MYSTERIUM: Celebrating the Beautiful Uncertainty of Everything is available now on Amazon in paperback and on Kindle. 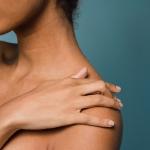 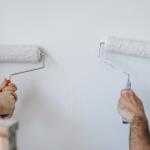