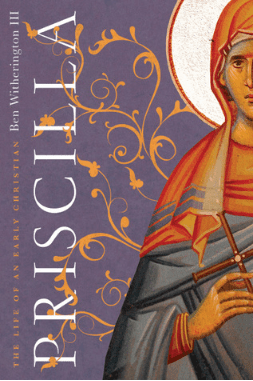 While the Bible is full of interesting people, sometimes we modern readers struggle to understand them fully. They lived in a different time, with vastly unfamiliar social norms and cultures. Sometimes the text doesn’t share enough to give us a well-rounded picture of them. Dr. Ben Witherington, III, a professor at Asbury Theological Seminary, decided to investigate one of the most prominent New Testament women, Priscilla, a contemporary of the Apostle Paul.

We first read about Priscilla in Acts 18: “After this, he (Paul) left Athens and went to Corinth, where he found a Jew named Aquila, a native of Pontus, who had recently come from Italy with his wife Priscilla because Claudius had ordered all the Jews to leave Rome. Paul came to them, and since they were of the same occupation, tentmakers by trade, he stayed with them and worked” (vv. 1–3).

About 18 months later, Paul decided (under duress) that it was time to leave Corinth. He set sail for Ephesus with Priscilla and Aquila, who had become valuable ministry partners (18:18–21). The couple settled down there, though Paul was soon off on other missionary ventures. After he left, a young preacher named Apollo arrived in Ephesus, teaching some questionable theology. “After Priscilla and Aquila heard him, they took him aside and explained the way of God to him more accurately” (18:26).

This particular episode garners Priscilla much attention. Why is she correcting someone’s theology? Or, more accurately, why is a woman correcting a man’s theology? That statement, along with the literary practice of putting her name before her husband’s (see Paul’s greetings in Romans 16:3, 2 Tim 4:19), offers glimpses into the life of an unusual woman. But we are left with many holes in her story, the Bible silent on further details.

Witherington steps in with his new book, Priscilla: The Life of an Early Christian. It’s a mix of history, archaeology, and historical fiction—a fascinating combination. I recently reviewed the book for Bible Study Magazine: 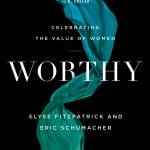