Morrier has been accused of raping a student in the past and was arraigned yesterday morning.  He entered a not guilty plea to rape and sexual battery.  The crime he is accused of happened between 2010 and 2013.

According to the indictment, the student was substantially impaired because of a mental or physical condition, and he unlawfully advised her that their inappropriate relationship was necessary for mental health treatment purposes.  That is twisted.

I did not know Father Morrier personally while I was a student at Franciscan University from 2002 to 2005, but he was assigned to the University at that time.  I remember his homilies and his gentle demeaner.  I never went to confession to him, and I likely never had a conversation with him.  I do remember he had somewhat of a following, as many of the friars on campus did.

It appears that aware of what had happened, his religious community banned him from the University in 2015 and sent him to a parish with an elementary school in Texas.

The University recently released a statement that reads:

“The University has cooperated and will continue to cooperate fully with authorities concerning the conduct of Father David Morrier who entered a plea of not guilty during his arraignment today for a very serious crime.

“We are aware of the pain so many people have experienced from criminal sexual misconduct committed by some in the Church and continue to offer atonement and prayers of healing for those victims. The University wants a just outcome. These charges are being dealt with in the court system where they belong. Franciscan University will not be commenting further on this case while it is still ongoing.”

Statements are never enough for moments like these when such a horrendous breach of trust is revealed.  They are measured and lawyer approved.  They bring no healing or resolution, but rather simply flame the ire of those who have been hurt.  Thousands of alumni are appalled and upset by the news.  Speaking with a group of priest alumni of the University a few days ago, we were not only saddened, but angered at the fact that Father Morrier was moved to another parish without having felt the consequences of his actions.  “Great job guys,” one of the priests remarked sarcastically, “when will we ever learn?”

Sexual abuse is a terrible reality in our society.  In the past few years, I have become aware of horrible cases of sexual abuse of adults perpetuated by priests who abuse their authority over those entrusted to them.  Of the cases I know about, the priests are now laicized and they faced legal consequences – nobody got away with it, thank God.

Abuse leaves such deep wounds that time does not heal it, it only inflames the wound.  How do you achieve justice when the inmost being of the victims has been trampled?  It is difficult.

I have had a turbulent relationship with my Alma Mater ever since I graduated in 2005.  Returning as a priest during the past three years for various reasons has brought much healing and appreciation for the three years I spent there.  I am glad I have brought some peace to the unsettledness that I felt, and understand the uneasiness many alumni describe.  At this point, I appreciate the education I received and the people with which I forged lasting friendships.

I pray that Franciscan responds appropriately to the situation at hand with Morrier, and that it continues to be transparent with other accusations from the past. 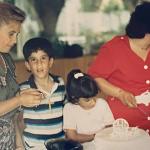 April 26, 2021 Thirty years today, I arrived to the USA
Recent Comments
0 | Leave a Comment
Browse Our Archives
get the latest updates from
Labyrinthine Mind
and the Patheos
Catholic
Channel
POPULAR AT PATHEOS Catholic
1

The Oxford School Shooting and its...
Steel Magnificat
Related posts from Labyrinthine Mind 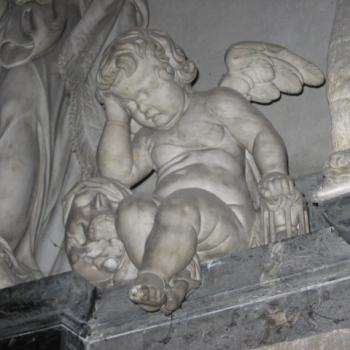 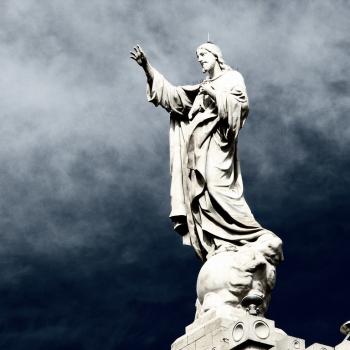