Father James Altman of the Diocese of La Crosse, who was raised to the national spotlight last year for releasing a video titled “You cannot be a Catholic and a Democrat”, has been asked by his Bishop to resign as Pastor of Saint James the Less Catholic Church in La Crosse.  He announced this during his Sunday homily on May 23, 2021.

His Pentecost homily includes a blasting of bishops for having denied the sacraments during the past 15 months.  He argues that bishops have disrespected their office by closing churches.  He continues on an anti-COVID vaccine rampage.  Toward the end of the homily, he makes reference to the rigged 2020 election.  He openly defies his Bishop’s words from the pulpit that he is divisive and ineffective.  Father Altman appears to be more concerned with preaching the “truth” about these issues, rather than the Gospel.

“I regret to inform you they want my head on a platter for speaking the truth.  I apparently have created enemies in the hierarchy,” Altman preached.

Father Altman has consistently disobeyed COVID regulations set forth by the Diocese.  In reference to the closing of churches last year, he said, “they [the Bishops] put your eternal souls at risk.  They despise me for speaking that simple truth.”

The La Crosse newspaper, the La Crosse Tribune, reported one month ago that “On Palm Sunday, Altman preached that COVID-19 health guidelines are ‘godless, Nazi-esque controls,’ telling parishioners, ‘God damns every single one of those godless moves.’ He also said Dr. Anthony Fauci’s support for masks ‘is damnable in the hottest fires of hell.’”

“Bishop Callahan has asked me to resign as Pastor as of last Friday because I am divisive and ineffective.  In response, my canon lawyer asked for clarification as to the justification and a chance to review what as on my file… I am no expert on canon law, but understand that while we are contesting Bishop’s request, he could in theory appoint a parish administrator while I remain a Pastor without duties.”

How can he argue that he is not divisive when he says that COVID-19 health guidelines are “godless, Nazi-esque controls?”

This homily is more about COVID, vaccines, the closure of churches, and his martyrdom for speaking the truth.  Father Altman is proud to be divisive in the Church.  He seems to forget that division, though at times present when the Gospel is preached, can also be the work of Satan.  Father rightly points out that the Pope and Bishops are not infallible about COVID, but neither is he.  Father Altman’s tone and topics of conversation remind me of Father Sergio Muñoz Fita of Arizona who broadcast his Holy Thursday homily apologizing for the closure of churches last year.

Bishop Callahan was a spiritual director during my time in seminary, and he ordained me a transitional deacon.  He was a faithful and capable Franciscan friar.  He is a man of communion.

Pray for Father Altman and his parishioners.  Pray for Bishop Callahan and the Diocese of La Crosse.  We live in divisive times, both in society and in the Church.

Today, on Pentecost, pray for unity.  That the sin of Babel may truly be healed by the grace of Pentecost when all people understood the one Gospel message of the apostles.

Picture: screen shot from Father Altman’s video “You cannot be a Catholic and a Democrat”

In this post, I mistakenly stated that Father Altman had already resigned.  I listened to the whole homily, and wrongly concluded he had resigned in response to the request.  It has now become abundantly clear that he has not resigned and will fight the request from his Bishop.

The Diocese of La Crosse, led by Bishop William Callahan, released a statement on the recent request made by the Bishop to Father James Altman to resign as Pastor of Saint James the Less Parish.  You can read about it here. 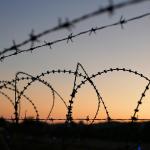 May 21, 2021
Georgia Ocilla Immigration Detention Center to Close
Next Post 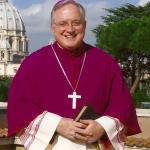 May 25, 2021 Diocese of La Crosse Statement on Father James Altman
Recent Comments
0 | Leave a Comment
"i give up trying to get past you. you win. you have suppressed my criticisms."
crackerMF Pope Francis, Traditionis Custodes, and the ..."
"Thank you Father Pablo, GOD has always provided me with the needs of the family ..."
Linda Dokey On God’s Providence
"I disagree Mr Altman. In Matthew 10 when Jesus is sending his apostles into the ..."
Mike Father James Altman resigns as Pastor ..."
"That's a distinction unknown to the teachings of Jesus. Love God with your whole self ..."
Jon Altman Father James Altman resigns as Pastor ..."
Browse Our Archives
get the latest from
Labyrinthine Mind
Sign up for our newsletter
POPULAR AT PATHEOS Catholic
1 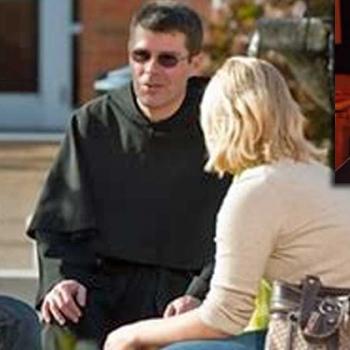