The Irwin County ICE Detention Center in Ocilla, Georgia will close.  This is a privately run Immigration Detention Center in South Georgia operated by LaSalle Corrections.  Last year, horrifying reports of the involuntary sterilization of female inmates hit the news.  A nurse who worked at the facility was the whistleblower.

Before last year’s incident, the facility in Ocilla already had a bad reputation in the treatment of inmates.  A priest of my Diocese used to be a chaplain there and his concerns went unheard.  I have to admit that the head chaplain at Ocilla called me months before COVID closures, and asked for a Catholic priest to start visiting Ocilla again.  We were unable to get a local priest to visit due to the bad reputation of the prison – nobody wanted to touch it for various reasons.

The closure of Irwin County is part of a movement to end contracts with private correction corporations.  Recently, the D. Ray James Correctional Facility in Folkston, Georgia, also privately operated, closed.  For six years, I visited this prison for the Feast of Our Lady of Guadalupe where about 400 men attended Mass in the outdoor basketball court.  The Bishop baptized and confirmed up to 20 men during his annual visit.  The local parish priest celebrated weekly Mass for about 70 men , and a Deacon led a weekly Bible Study.  A young man who is now a priest of my Diocese taught at the prison for some years.  He tells a story of a student who felt ill on a Friday and was told to do salt water gargles.  The inmate was dead on Monday.

There will now only be one major ICE facility remaining in South Georgia, Stewart Detention Center in Lumpkin.  Over the last few years, there have been reports of the preventable deaths of inmates inside the facility.  Some years ago I visited Stewart with the Catholic chaplain, and was able to visit the area where the men are detained.  We had lunch with them and celebrated Mass afterwards.  Immigration courts are held inside the prison, and most of the men who arrive to Lumpkin are deported.  It is rare for any of them to be bailed out.  The location of Lumpkin in Georgia’s forgotten South makes it improbable that capable lawyers from Atlanta will travel there.  Families who travel to visit incarcerated family members receive hospitality at El Refugio, a worthy organization that provides hospitality at no cost.  Their website states, “After witnessing the challenges shared by those visiting loved ones at Stewart — traveling long distances, the trauma of family separation, and the lack of resources such as hotels and restaurants in the remote town of Lumpkin —  a group of friends established El Refugio. In 2010, El Refugio opened a hospitality house offering meals and lodging at no cost. Perhaps more importantly, we offer friendship and support to the loved ones of immigrants and asylum seekers who are detained.”

The immigration saga continues.  Families continue to be separated, the suffering continues, and no comprehensive immigration reform is enacted.  It is imperative that the dignity of each person, regardless of immigration status, is respected and upheld.  Though the termination of contracts with private corporations is a step in the right direction, the road ahead is still quite long.

May 6, 2021
Immigration delays lead to forced departure of priests
Next Post 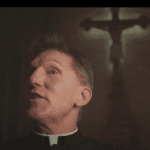 May 23, 2021 Father James Altman resigns as Pastor in La Crosse
Recent Comments
0 | Leave a Comment
Browse Our Archives
get the latest from
Labyrinthine Mind
Sign up for our newsletter
POPULAR AT PATHEOS Catholic
1 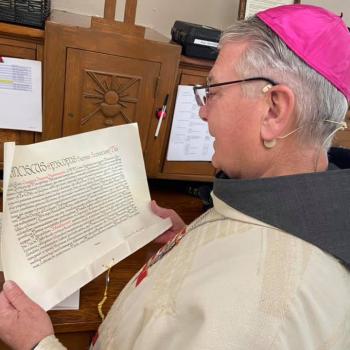 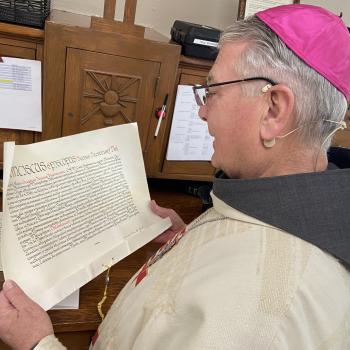