Culture Shock: The First Night We Heard the Drums

I remember the first night we heard the drums. Upon arrival in Maputo we were so exhausted we probably didn’t hear much of anything. But soon after traveling from Louisville, Ky., to Chicago to London to Johannesburg, South Africa, to Maputo, Mozambique, with three children, fourteen tubs, six carry-ons, and countless farewells, the culture shock hit.

Within days after our plane landed, we heard the drums. We were told these were the drums of the “witch doctor.” And as I sat on the porch and listened to the sound in the distance, it felt as though we had traveled back in time or even to another world, which, in a sense, we had.

You Never Know What Will Rattle You the Most

I wondered what the drums meant. Were they about us? Were they beating out, “Let’s go slaughter the new missionaries”? All kinds of craziness crossed my mind, but for once in my life, I was not much afraid. It felt like a mysterious adventure, and I knew God was with us.

Other little things, however, did rattle me. Whenever I struggle, I think of the line from Shakespeare’s Hamlet, “the thousand natural shocks that flesh is heir to.”  We all wrestle with a thousand things, but in the beginning of our time in Mozambique, so many shocks—literal,  emotional, and intellectual—assaulted our senses every day.

The electricity in Mozambique is 220, compared to our 110 in the US. I don’t really know what that means, but I know getting shocked is more serious with 220. For some reason, we would get shocked if we touched the faucet in our newly built home when we tried to wash the dishes. We had to wear shoes if we were to be in contact with the water, whether in the kitchen or in the shower. It’s a wonder we are all fairly normal after getting shocked so many times. It became a joke among the missionaries on the compound. Maybe that’s what’s wrong with us!

In addition to the literal shocks in our house, we had the daily shocks of seeing how a different culture operated.  My son saw a lady at the market selling roasted rats and bats.  I don’t know about the bats, but the rats were common.  They say it’s a vegetarian rat.  What exactly does that mean?  Is the rat picky?  He won’t eat his mashed potatoes with beef gravy? Or is the rat somehow how okay for vegetarians to eat? Does rat meat not count as real meat?  I have no clue, but I didn’t want any, vegetarian rat or not.

On the way to town one day we passed a pet baboon. I don’t know what else to say about that. Then we were again shocked at the high prices at the supermarket for anything my kids might have wanted, such as boxed cereal. The local people ate a lot of corn meal mush, but our children wouldn’t have anything to do with it, and I didn’t care much for it either. So I was spending a lot of time in the kitchen, trying not to get shocked at the sink, and learning how to make chicken nuggets and fries from scratch.

Looking back on all of those shocks, perhaps I should have lowered my expectations of myself and others. I now know culture shock is difficult and demanding, and though I did enjoy some aspects of the culture, I wish I had rejoiced in it more and learned to go with the flow. Instead, I often felt guilty about all of the things I wasn’t getting done, wasn’t eating, wasn’t enjoying, etc.

Isn’t it ironic that we can feel guilty for not enjoying something enough? It kind of kills the wonder and delight when I’m always critiquing myself on how I am handling life. “Never good enough” is a refrain that keeps coming back for me.

But now in 2021, I’m learning to offer myself a little more grace. Last year was a year of culture shock for us all, and this year isn’t starting out so well either. When I listen to the right voice, I know I am enough because I am loved by my good God. He knows I am human and loves me still.

Looking back on our time in Mozambique, sometimes I wonder at myself. I am not a brave person, but rather a shy person, fearful of many things. God gave me peace and strength for what I was supposed to do—that’s the only way I can explain it. We made many mistakes, but I wouldn’t trade the experience for anything.

Maybe I need to take a lesson from my old self. If I could survive moving to Mozambique and living there for 3 years, which was both wonderful and extremely difficult, maybe I can face this year’s challenges. And maybe I can give myself a little more grace. I hope you can too.

January 18, 2021 What Would Martin Luther King Jr. Say in January 2021?
Recent Comments
0 | Leave a Comment
Browse Our Archives
get the latest from
Learning to Love God by Loving Others
Sign up for our newsletter
POPULAR AT PATHEOS Progressive Christian
1

Evangelicals Are Attracted to Conspiracy Theories—Why?
Divergence
Related posts from Learning to Love God by Loving Others

Progressive Christian
Grief Is a Wolf: A Meditation on Grief
Learning to Love God by Loving Others

Progressive Christian
Jesus Was a Refugee: Two Nighttime Flights
Learning to Love God by Loving Others 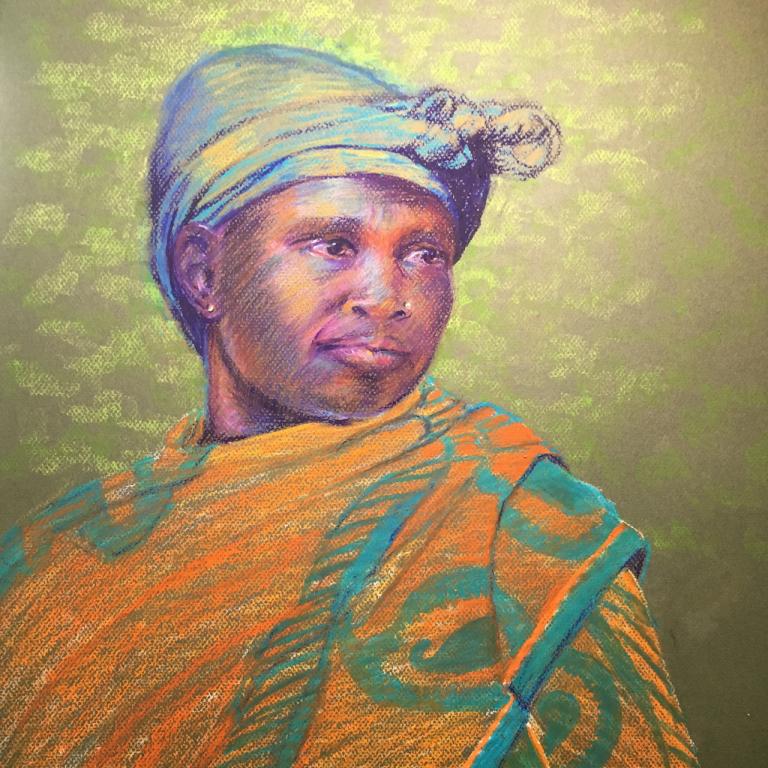