Prophets and Fig Trees: The Lectionary for the First Sunday of Advent

What It’s About: It’s Advent! Advent is perhaps the most peculiar of the seasons of lectionary, in terms of the kinds of texts it brings forward. And this text from Jeremiah is really a prime example. Advent lectionary mines the Hebrew Bible for materials that might point to something like Jesus. Some of these texts were initially meant to describe a messiah (or something like a messiah), and others are taken out of context when they are made to talk about someone like Jesus. This text, from Jeremiah, is describing a “branch” from David, which certainly points to something like messianic expectation. Christians appropriate this text–and others like it–to lay the groundwork for Jesus deep in the Jewish tradition.

What It’s Really About: But, pay attention to what this is really about! Who’s being described here? “Judah will be saved, and Jerusalem will live in safety.” In the years that followed Jesus’ life, pretty much the opposite of those things happened. That leaves two options: that this salvation and safety takes on a different form than we might have expected, or that Jeremiah isn’t quite talking about Jesus after all. I think both are true; Christians can claim that this text is really about a kind of spiritual salvation and safety (since Jerusalem and Judah were leveled about 40 years after Jesus’ death), but it’s also true that Jesus isn’t quite what Jeremiah (or Isaiah, or other writers of the Hebrew Bible) had in mind. They were envisioning someone in the kingly lineage of David, and while the genealogies presented in the gospels take pains to connect Jesus to David, he really isn’t kingly in the sense that people would have expected. So these verses have to mean something different.

What It’s Not About: To get a sense of the distance that must be traveled between Jeremiah and Jesus, notice who it is that the promise is made to in verse 14. It’s Judah and Israel–the two nations that once, together, made up the kingdom of Israel. So this is not about the gentiles. At all. The gentiles (“the nations” outside of Israel) are not even on the radar here. This is about God’s faithfulness to God’s people. There are, in many places in the Hebrew Bible, references and allusions to the gentiles and to a broader scope to God’s plan. But this is not one of those places; there is little sense that the messiah (if that’s what is being discussed here) is anything other than a restoration of the Davidic line.

What It’s About: This is about Paul and one of his communities. This is from a section of 1 Thessalonians, which is probably Paul’s earliest extant letter, in which he is giving thanks for the community he has helped to found, and which he is now writing back to in absentia. This is an extraordinarily tender letter, especially in contrast to the kinds of letters Paul writes later in his career that excoriate his communities (see: Galatians, 1 and 2 Corinthians). Here, Paul is really pastoral, especially in the chapter after this one. But here, he seems genuinely thankful for his Thessalonians.

What It’s Really About: This letter is most useful, I think, as a look at the early Paul and the way that he was fashioning his ministry. This letter was probably written in 49, making it the earliest document in the New Testament. That’s remarkable! And that’s something to think about in the season of Advent: the earliest artifacts of the Christian tradition are not gospel accounts like the stories of shepherds and wise men that we will hear in the season of Christmas. The earliest parts of the written Christian tradition are Paul’s letters, and this is probably the earliest of those. As an exercise, go back through this whole letter, and ask: what is the proclamation Paul makes? Would it make sense in the season of Advent in your church today? Does Paul even know about something special being associated with Jesus’ birth? Of course, Paul is writing letters, which are necessarily occasional and not meant to be comprehensive (so, he doesn’t tell us everything he knows), but Paul across his letters rarely tells us anything about Jesus’ life or ministry. Either he doesn’t know that stuff, or he doesn’t think it is important. Either way, it’s remarkable, and it’s a view into a very early Christianity without written gospels.

What It’s Not About: I’m at a bit of a loss to explain why this is in the lectionary for this week.

Maybe You Should Think About: How did the tradition of something like Advent develop? And what is it, exactly, that we are doing in this season? In a way, it’s a recapitulation of Jesus’ birth, in which we ritually forget and then remember again that Jesus is coming, and so we wait and long and expect, and then joyfully celebrate when Christmas Eve comes. But it’s that forgetting that might be closest to the experiences of someone like Paul. These early days of Advent, when we long for a coming savior, might have made the most sense to someone like Paul, who lived in a day when a “branch” from the line of David seemed profoundly out of sight. Paul thought that Jesus was an answer to that problem–this might be most visible in Romans–but not quite in the way we would say it today.

What It’s About: This is a little shot of eschatology and/or apocalypticism, tucked into the first Sunday of Advent. With serious parallels to the Mark 13 that the lectionary brought forth in the last few weeks, this passage points to the notion of changing times, approaching re-orderings, and a newness of things. The example of the fig tree, which displays signs of the approach of summer, is supposed to point us toward the signs of the kingdom of God coming near.

On the first Sunday of Advent, this text feels a little out of place. Advent is about the kingdom coming near, for sure, but not typically in this kind of way. How do you reconcile words–from Jesus–about change coming in these dramatic, scary ways, when Advent is a season about changing coming–in Jesus–in the form of a newborn baby? It’s a tough one to work with, but somehow they are talking about the same kingdom of God.

What It’s Really About: It’s really about preparation. This text is advocating that you do certain things–act in certain ways, for example–to prepare for the coming time when the kingdom of God draws near. Advent is a time of preparation, for the arrival of something new into the world. the watchfulness and hopefulness in this passage from Luke are part of the season.

Maybe You Should Think About: Advent and Christmas were placed in the run-up to the winter solstice, probably, to take advantage of pre-Christian festivals (like Saturnalia) that were celebrated as mid-winter events. The solstices (and equinoxes) were important in cultures across the world and across time, because they represented times of change. Jesus’ analogy of the fig tree is a way of talking about cycles; the leaves of the tree are a sign that summer is nearing. The solstice is also a sign like this, and the placement of Jesus’ birth in December is hardly accidental. (Scholars tend to view March and October as likely times for Jesus’ birth, although such speculations are always…speculative). Maybe you should think about the coincidence of Advent with the winter solstice, and whether there is anything to be gained from thinking about Jesus coming into the world at such a time of natural change and promise. 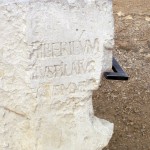 November 15, 2015
Apocalpyses and Kings: The Lectionary for Reign of Christ Sunday
Next Post 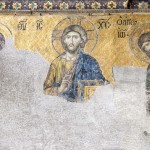