God among the Nations: The Lectionary for the Baptism of Jesus and First Sunday of Epiphany

God among the Nations: The Lectionary for the Baptism of Jesus and First Sunday of Epiphany January 3, 2016 Eric Smith

What It’s About: This is a prophetic text, and prophetic texts often operate on a kind of cycle that describes the relationship between God and the people: estrangement, crisis, reconciliation, promise. This text from Isaiah lives in the promise part of that cycle; it comes after there has been damage to the relationship between God and the people, and after a crisis has intervened, and it comes at a time when God is reasserting God’s faithfulness to the people and the nation. The promise here takes the form of a geopolitical pledge; God is saying to Israel that God will be faithful to them among all the nations, and that Israel will remain favored. This might seem oddly tribal to our 21st century ears, but in antiquity this kind of anxiety was very real. Conquered nations took on the gods of their conquerors, and the kind of trauma that the nation had been through would have sown doubt about their relationship with their God. This text is about God re-asserting that special connection.

What It’s Really About: As with so many prophetic texts that live in the promise realm, this text is about really about return from exile. The language of “gathering” in verses 5-7 is a response to the human cost of defeat: the people of God were scattered about in exile and as refugees. Remember, the author of the section of the book called “second Isaiah” (chapters 40-66) is working around the time of the deportation to Babylon and Babylon’s fall to Persia. So this seer is living in a tumultuous time: the people of Israel (Judah, really) are scattered around, but suddenly there is the possibility of return. And so the question arises for the people of God: is Persia now favored by God? Is that what allowed them to defeat Babylon? It was a complicated geopolitical world, with complicated intersections with theology. This part of Isaiah is trying to work out what it all means, and it lands on this language of God gathering in the scattered children of Israel.

What It’s Not About: Although this text has a broad view of the world, with Persia in mind and explicit references deep into Africa, it is really only concerned with the nations of the world insofar as they relate to Judah and Israel. God, here, is said to work in a kind of zero-sum game. God gives up (or trades, or “exchanges”) other nations for the ones God has chosen. God is interested in the old, enduring covenant here. This must have been incredible reassuring to the people in exile; this is God’s re-assertion of the promises made of old. It’s almost as if God is saying, “don’t worry, I made a promise, and God doesn’t break promises.”

Maybe You Should Think About: It’s interesting that this text comes in the season of Epiphany, which is when Christians celebrate the globalization of Christianity (or at least Jesus) in the visit of the magi from the east. There is a tension inherent in the Hebrew Bible: is God the God of everyone, or just us? There are rich expressions of both positions in the text, and you can point to ways that the answers to that question evolved over time. But Christianity (which, it must always be repeated, is a variant and offshoot of Judaism) has answered this question emphatically that God is the God of everyone. It’s interesting, then, to juxtapose that claim (which is bolstered at Epiphany by the appearance of foreigners, the magi) with this passage from Isaiah, which mentions the nations, but only in the context of reasserting God’s special concern for God’s people.

What It’s About: This is a short passage from a critical point in Acts. Chapter 8 is a kind of hinge for the book, since it comes on the heels of Stephen’s martyrdom (and Saul’s approval of it), and then proceeds to two major expansive moments: conversions in Samaria and the story of the Ethiopian eunuch. Both of these stories serve to push outward the boundaries of Christianity. This chapter of Acts represents a kind of turning away from (or, expanding from) the small group of Jesus-followers in Jerusalem, and a turning-toward a broader world. It’s about the inevitable spread of the faith, but also about that question we engaged above: is God the God of just one people, or of everyone?

What It’s Really About: This passage is really nested within the broader story of a man named Simon, who seems to have been a bit of a charlatan. He had been doing magic in the area, we are old, but he was convinced by Philip’s words that he should believe in Jesus. But that conversion didn’t quite take, as a few verses later he is offering to buy apostolic power from Peter and John. This story is a good reminder that Christianity and Judaism were hardly the only two options in a pluralistic and religiously diverse world. Magic flourished both inside and outside of Christianity and Judaism, and lots of other worldviews and theologies did too.

What It’s Not About: This chapter of Acts begins to shift the narrative in a way that really moves the whole book. Acts begins, remember, with the resurrected Jesus and his followers in Jerusalem and thereabouts. It ends with Paul in the imperial city of Rome, awaiting an audience with the emperor. This outward expansion of Christianity, from the local to the pan-imperial, is a key theme and structure for Acts. The story Acts tells is largely about how Christianity spread. So this little tale in Acts 8, of the conversion of some folks in Samaria, isn’t just about them. It’s part of a larger narrative about Christianity moving beyond the kinds of boundaries that we might have expected it to stay within, and spreading far and wide.

Maybe You Should Think About: Maybe think about that parenthetical remark in verse 16. (And, parenthetically, remember that there are no parentheses in Greek; that way of dividing up the words is part of the interpretation done by translators).

What It’s About: This is Jesus’ baptism as told by Luke. This Sunday is the Baptism of Jesus, and so we have Luke’s account (which is similar to, but not identical to, Mark and Matthew’s accounts). It’s a familiar scene, taking place by the river where John was conducting his ministry. But there are also some less-familiar details in the story if we’re willing to dig in.

What It’s Really About: This is an opportunity for the gospel to emphasize that John is subordinate to Jesus. The figure of John is the cause of a certain amount of embarrassment to the Christian tradition, since John seems to have been a charismatic figure in his own right, and since Jesus going to John to be baptized gives the impression of Jesus submitting himself to John’s authority. Here, we have John’s most emphatic denial of his own authority: verse 16 is an avowal of Jesus’ superiority and John’s own unworthiness. This might seem like unnecessary humility on John’s part, but for the early Christian tradition, it was important to establish Jesus as an unrivaled messenger for God.

What It’s Not About: What’s up with the dove? We’re told that it is the Holy Spirit, and it’s accompanied by a voice from heaven declaring Jesus as the son of God. This scene was the site of a lot of early theological and christological speculation. Adoptionists wondered if this was the moment Jesus (the human) became divine (God’s adopted son). Later trinitarian thinkers (the trinity wasn’t quite formulated as we now know it when this gospel was written) must have struggled with the relative roles of God, Jesus, and Spirit in this text. The dove, though, is a nice literary device for this moment, because it takes things out of the realm of theology and put them into practice. There was a physical sign of approval, and of the efficacy of the act. The dove’s descent helps to move this story out of the realm of theological speculation and into the realm of powerful narrative.

Maybe You Should Think About: There is a pattern in all three synoptic gospels (Mark, Matthew, and Luke): the baptism scene is immediately followed by the temptation. (There is a brief pause in Luke, though, for the genealogy). In all three of these gospels, Jesus’ baptism is followed, at least narratively, but his movement (Jesus is “led” by the Spirit in Matthew and Luke, and the Spirit “drove” Jesus to the wilderness in Mark) into the wilderness for temptation. This connection, between baptism and temptation, is powerful in the story, and it was powerful in the early church, which understood baptism as a one-time thing. You didn’t sin again after baptism; baptism absolved sin, but it wasn’t an ongoing thing. (Later traditions consented to add a second forgiveness but not a third, or a hierarchy of offenses so that minor sins could be forgiven after baptism). But this story, about baptism being followed by temptation, must have resonated strongly with those who understood that any post-baptismal sin would have put your salvation in danger. 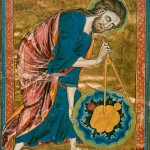 December 30, 2015
The Trouble with Father: The Lectionary for the Second Sunday of Christmas
Next Post 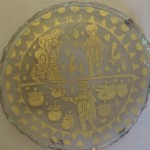