Tradition and Faith: The Lectionary for the 12th Sunday after Pentecost

Tradition and Faith: The Lectionary for the 12th Sunday after Pentecost August 1, 2016 Eric Smith

What It’s About: These are both texts about beginnings–of a sort. The Isaiah text is the prophet’s opening salvo, some of the first words in his book, and this passage gives a sense of the angry condemnation that’s coming in the rest of the chapters and verses. The Genesis text is the story of God’s revelation to Abram that he will father a child with Sarai, and therefore continue his lineage, and indeed have numerous descendants. Both texts can connect with the Hebrews text below, but in different ways. And both have to do with what I think is this week’s theme: tradition.

What It’s Really About: The Isaiah passage is a striking condemnation of the status quo. It is a critique of both civil and religious life (if such a distinction even makes sense…and it probably doesn’t). Isaiah, speaking for God, decries the self-serving habits of the people and their hollow religiosity, and instead calls out for justice toward society’s vulnerable. In this way, the Isaiah passage is a critique of certain traditions, but also a call to return to certain other traditions.

The Genesis passage, meanwhile, is central to the story of Israel. This is the genesis (pun only kind of intended) of the story of God’s faithfulness to a people; Abraham–“father” Abraham–is here told by God that he will become the progenitor of a great nation, even though such a promise seems unlikely to be fulfilled.

What It’s Not About: Both passages are deeply disdainful of the status quo, and both passages forcefully critique any quiet resignation to a status quo. The Isaiah passage zeroes in on religious expression–the usual, church-going crowd, as it were–as guilty of self-serving religion while injustice prevails. And the Genesis passage doesn’t allow Abram’s resignation about his heirs to prevail; it reveals a different plan than the one Abram had accepted. In both cases, God is impatient and dissatisfied; in both cases God wants more than the people are willing to accept.

Maybe You Should Think About: There is an interesting tension when you put these two passages together. In some ways, the Isaiah passage is saying “you aren’t that special; your worship and your obsequiousness aren’t worth more than God’s call to do justice.” But the Genesis passage, in essence, is about God making one family–and ultimately one nation–special. What is the role of the individual in God’s work? How should we think about our own religious observance…is it a means to an end, or an end in itself? Isaiah seems to think that our actions in “civil society” are more important than the shape of our religious observance. But for Genesis, Abram’s belief was tantamount to righteousness.

What It’s About: This is a somewhat famous passage from Hebrews; verse 1 is often quoted as a definition of faith. But the shape and function of “faith” in this passage is complex and multifaceted, and the material that follows in the rest of the passage makes easy definitions of the first verse hard to sustain. Here, the author is reflecting on the story of Abram (Abraham) above, in Genesis 15 and elsewhere, and on the lives and deeds of other matriarchs and patriarchs and heroes of the faith. The author (Hebrews is probably a sermon, probably given in Rome by a now-anonymous preacher in the mid to late first century) is reciting a long list of persons who have lived “by faith,” performing righteous acts or living virtuous and dutiful lives.

What It’s Really About: This is a powerful synopsis of Israelite and Jewish history, which is why the book came to be called “Hebrews” even though it was probably a sermon delivered to a mixed or gentile audience in Rome. This is a recitation of history that is inflected with the notion of faith as the guiding characteristic of God’s people. The word, in Greek, is pistis, and in recent years a lot of scholarship has focused on the complex meaning of that word. It can mean “faith” as it is usually translated, but that translation only captures part of the meaning. It can also mean “faithfulness,” “trust,” and something like “loyalty.” The semantic range of the Greek word makes capturing the meaning in English difficult, but knowing that it’s there helps with the interpretation of this passage from Hebrews. The author is trying to convey more than a “belief,” which is how most modern-day Christianity would define faith. Belief doesn’t actually have much to do with it; what’s important about Abraham and the other heroes listed in Hebrews is that they lived in a certain way. Their actions are what set them apart and mark them as faithful, not the things they believed in their head.

What It’s Not About: Verses 13 through 16 help to point to a context in the diaspora. This is not about a return to the land of Israel; identity can’t be found there. These verses seem to point to a people uprooted (which makes sense if the sermon is being delivered somewhere like Rome), and a new kind of identity in shared relationship with–and faithfulness to–God.

Maybe You Should Think About: It’s pretty remarkable to see this kind of intense exegesis of Jewish scriptures on the part of early Christians, but perhaps we shouldn’t be surprised. Judaism and Christianity were not very distinct in the first and second centuries, and even beyond that they maintained more ties than is commonly assumed. Christians were industrious exegetes of what we would now call the Old Testament; they mined and plumbed those texts for clues to their own identity and for the raw materials of their communal sense of self. When the author of Hebrews is reading Genesis 15, he (or she) is constructing a Christian identity based on very old, very established notions of Jewish identity.

What It’s About: This is a strange text–a mixture of comforting notions about God’s favor and frightening and ominous warnings about wakefulness. It contains famous lines–“where your treasure is your heart will be also”–but also more obscure and difficult sections (“blessed are those slaves”). The overall sense is that earthly things are unimportant and that faithfulness to God is of the utmost importance.

What It’s Really About: This passage has an apocalyptic flavor to it; it brings to mind the stakes of faith and what the gospel writer clearly thought was the short time frame of this world. At its base it is a rejection of materialism and a call to watchfulness and preparation. The final verse of this passage, about the Son of Man returning at an unknown hour, is a stark expression of the expectation that the world was about to change.

What It’s Not About: It’s challenging, interpreting passages like this in the 21st century. The early church was permeated with an eschatological expectation; they expected the return of Jesus at any time. Twenty centuries on, it’s more difficult to be watchful. Some groups of Christians continue to expect an immanent end, of course. But many others have moved away from apocalyptic and eschatological expectation to a kingdom-of-God, social gospel focus. You can even see some of this in the New Testament itself; the early works in the canon, like 1 Thessalonians, are concerned with the coming parousia. But later texts, like the Pastoral Epistles, are aware of and concerned about more durable church structures, because they understand that the church will be around for a long time.

Maybe You Should Think About: How does this text read in the 21st century? How watchful can we be, generation after generation? Has the church misunderstood these words? 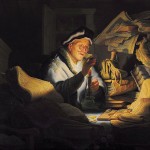 July 25, 2016
Rich Fools and Divine Wisdom: The Lectionary for the 11th Sunday after Pentecost
Next Post 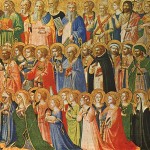