Who Died at Passover?

James Jordan offers this argument to conclude that only firstborn between the ages of one month and five years died at Passover:

1. The redemption payment for the excess number of firstborn, when the Levites replaced them, was five shekels apiece (Numbers 3:46-48.

3. He also makes the commonsensical statistical argument that the number of firstborn would have been far larger than 22,273 if every firstborn child were counted. If there were 600,000 men 20 years old and upward, and assuming half were married with children, and that half of them had firstborn sons , we’re talking 150,000 firstborn. 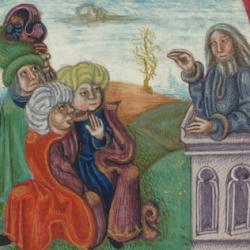