During the Assyrian crisis (Isaiah 38:6), Hezekiah falls sick. He prays, and Yahweh heals him. At the same time, he shows his treasures to Babylonians, a prelude to Babylon’s later invasion.

In 1-2 Kings, sick kings usually die (1 Kings 14; 2 Kings 1), and their dynasties shortly follow. Hezekiah’s illness breaks the rhythm. Hezekiah doesn’t have to send for a prophet; Isaiah comes without bidding. When Isaiah brings a message of death (Isaiah 38:1), Hezekiah doesn’t roll over and die. He prays, something no other sick king does (vv. 2-3; cf. 2 Kings 19). He calls on Yahweh to remember his faithfulness, and to deal kindly with him. This is not self-righteousness. Yahweh promises to guard, protect, and heal those who cling to Him. Hezekiah has done that, and expects Yahweh to keep His side of the covenant. Hezekiah weeps (v. 3), and Yahweh takes note (v. 5). Isaiah returns with a promise of fifteen additional years, which matches the promise that the city will be saved (vv. 5-6).

Given that Hezekiah is facing death, it surprising to learn that he’s suffering from a boil (v. 21). Boils were one of plagues of Egypt (Exodus 9:8; cf. Deuteronomy 28:28-29). Israel is threatened as Egypt was, and when the king recovers, Judah is delivered once again from “Egypt.” The sign portrays Hezekiah’ situation (vv. 7-8): Hezekiah was moving toward evening, but the Lord turned back the lengthening shadow and gave him a new life. God can speed the clock of cleansing as readily as He can reverse the process of death. The steps of Ahaz probably refer to his altar (2 Kings 16), and the sign shows that the kingdom of Judah, on its deathbed because of Ahaz’s idolatries, has another chance.

Hezekiah probably meets with the Babylonians to buy protection from Assyria (39:1-2; cf. 38:6). This reverses the situation of Solomon. When Sheba came to visit, she was impressed and reinforced Israel’s preeminence. Isaiah warns that Babylon’s visit is a sign of Hezekiah’s subordination to the rising Gentile empire. Later Babylon will return to seize what they have seen. 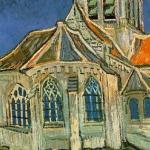 May 21, 2012 Too catholic to be Catholic
Browse Our Archives
Related posts from Leithart