When Franco Basaglia took over the Gorizia asylum in 1961, it reminded him of his time in a fascist prison back in 1944. The stench of death and shit was overwhelming, and it made Basaglia physically ill.

According to John Foot’s The Man Who Closed the Asylums, it was in Gorizia that the spirit of 1968 first took institutional form. Basaglia was reading Foucault and Erving Goffman’s work on Asylums, imbibing the critique of “total institutions” and forming a plan to reinvent the asylum. Basaglia became convinced that “some of the eccentric or disturbing behaviour of the patients was created or exacerbated by the institution itself” (22).

The asylum became an experiment in direct democracy: “From an institution which was the very essence of non-democracy and exclusion, where the may were locked up and silenced, and became non-people, without an identity, a past or a future, Gorizia’s asylum developed into a school for democracy, a place people would visit to see new forms of democracy in action” (146). Quote literally, the inmates took over the asylum, making decisions about care and policy in exhausting, interminable, democratic meetings. One visitor observed that “The entire life of the hospital is marked by meetings” (173). Basaglia eliminated gates, straight jackets, coercion, even visiting hours and restrictions on movements. Patients could leave the asylum and visit the neighboring city. There was a patient-run bar on the premises, and patients worked for pay.

Many visited the asylum and imbibed its anti-institutional spirit. The book The Negated Institution described the experiment and inspired efforts to apply the same revolutionary principles to other institutions. The message was, “institutions were violent and oppressive. They could be overcome, contested, negated; and ‘we’ were all in this struggle together: intellectuals, doctors, teachers, pupils, psychiatrists, patients, prisoners, nurses, the working class, the ‘sick’ and the ‘well’” (180 – the inverted commas had become essential).

In short, Foot argues, “radical psychiatry was at the heart of what 1968 was all about. . . . Its messages were the messages of the movement: anti-authoritarianism, a combination of radical theorizing and practical change. . . . direct democracy. . . . and a wide-ranging social critique of capitalism and its institution. Radical psychiatric ideas and practice could be applied to other institutions – schools, the family, universities, hospitals, prisons. Everyone could then try and overturn their own institutions – by contesting their own parents, their teachers, their professors, their prisons officers, their generals, their psychiatrists. Radical psychiatry provided a kind of guide to how to be a ‘68er” (193).

For all his enthusiasm for Basaglia and Gorizia and 1968, he admits that there was a down side. A late chapter recounts “The Incident,” the murder by inmate Miklus Kristiancic of his wife in 1968. The subsequent trial and press coverage not only tried the murderer, but the entire experiment. Though “Basaglians” continued to work at the asylum until 1972, the experiment was all but over after The Incident.

Tragic as it is, The Incident isn’t what doomed the asylum or 1968. Ultimately, what dooms it is an internal contradiction. 1968 may negate one institutional set-up, one generation might overthrow their teachers, but presumably the next generation has the same revolutionary vocation – to overthrow the overthrowers, to negate the institutions created by the anti-institutionalists.

However strong the spirit of 1968, it will not eradicate the institutional impulse from human societies. We are creatures of ritual, and institutions are simply ritualizations of social, economic, political, and other relationships. In the end, pure anti-institutionalism can only end up as anti-humanism. And that will be tyranny masquerading as liberation. 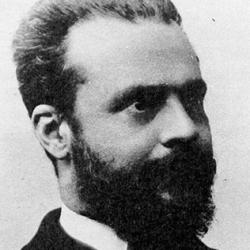