In an essay in the Economic Journal (117 [2007] 146-73), Robert Sugden and Luigino Bruni describe how “psychology was removed from economics, and how it might be brought back.” The development of behavior economics provides a starting point for them to examine the “Pareto turn,” the work of Vilfredo Pareto that “eliminated psychological concepts from economics by basing economic theory on principles of rational choice.”

Pareto was attempting to dislodge the psychological models of classical economics, in an effort to establish economics as an independent science, on par with rather than dependent on the insights of psychology. He acknowledged the scientific status of psychology, but believed that every science should have its own last. According to Pareto, economic science is the study of logical action and “an action is logical if and only if it is the result of valid instrumental reasoning from objectively true premises.”

Classical economists worked from a more existential psychology of pleasure and pain; human beings seek the former and avoid the latter. Their assumption that human beings act in their own self-interest wasn’t “a claim about the actual motivation of all human beings in all situations. Rather, it was a defining characteristic of economics as a pure deductive science. It was intended to represent a core tendency in human motivation, which (it was claimed) had a dominant influence in those areas of human life studied by economists.” Self-interest is the human tendency to seek pleasure and avoid pain.

Sugden and Bruni point to the research of Daniel Kahneman and Amos Tversky, who presented experimental evidence that actual decision-making doesn’t follow what post-Pareto theory would predict. That opens an opportunity for the reintroduction of psychology into economic theory. 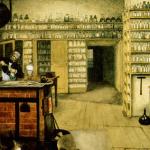 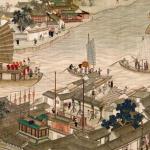 January 19, 2018 China, Geography and History
Recent Comments
0 | Leave a Comment
Browse Our Archives
get the latest from
Evangelical
Sign up for our newsletter
POPULAR AT PATHEOS Evangelical
1