In a long and stimulating piece in the New Atlantis, Samuel Matlack explores the role of metaphor in contemporary physics, especially with regard to the challenges of translating the mathematical formulae of theory into popular writing. Have we, he asks, transcended the need for poetry in our explanations of physical reality?

At several points in the article, he argues for a distinction between the language needed for science and the language needed to express our actual experience of the world. For instance, “Precisely defined terms are often superior to poetic images for the purposes of science, but the opposite is true in our own personal experience of the world — the poetic image, while more vague, is also more meaningful and a better fit for understanding our own inner lives as well as the messy affairs of politics, history, and ethics. One reason we don’t typically use the language of science in those areas is that science’s ‘view from nowhere’ calls for more impersonal language than does our own view.”

Passages like this make it sound as if Matlack believes that scientific language brushes up closer to the really real than our natural metaphorical language. That conception remains confined to the modern dualism of science and everyday life, which often privileges scientific description above everyday description. (See, for instance, my “Does the Sun Rise?”)

Toward the close of the piece, Matlack clarifies: “the idea that the language of physics alone speaks the ultimate truth about the world, dispelling the illusions produced by our everyday experience, for instance of space and time, or of consciousness, seems difficult to defend when that language itself depends on ways of speaking that belong fully to everyday experience. . . . the physical world, whatever it is like when expressed in the full complexity of mathematical physics, is unlike what it seems to us. And that is the point: The physical world isn’t like that to us, which means that if it matters that we understand human experience as fully as we might, including how we shape our personal, moral, and political lives, then the hope that mathematical physics alone discloses ultimate reality is misguided.” 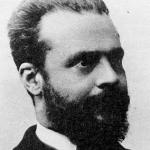 January 19, 2018 Psychology and Economics
Recent Comments
0 | Leave a Comment
Browse Our Archives
get the latest from
Evangelical
Sign up for our newsletter
POPULAR AT PATHEOS Evangelical
1