Antonio Damasio began to doubt the purity of reason when he encountered a patient with a brain disease that destroyed the portion of his brain that controlled emotional responses: “I had before my eyes the coolest, least emotional, intelligent human being one might imagine, and yet his practical reason was so impaired that it produced, in the wanderings of daily life, a succession of mistakes, a perpetual violation of what would be considered socially appropriate and personally advantageous. He had had an entirely healthy mind until a neurological disease ravaged a specific sector of his brain and, from one day to the next, caused this profound defect in decision making. The instruments usually considered necessary and sufficient for rational behavior were intact in him. He had the requisite knowledge, attention, and memory; his language was flawless; he could perform calculations; he could tackle the logic of an abstract problem. There was only one significant accompaniment to his decision-making failure: a marked alteration of the ability to experience feelings” (Descartes’ Error, xi-xii).

Damasio discovered that “Flawed reason and impaired feelings stood out together as the consequences of a specific brain lesion, and this correlation suggested to me that feeling was an integral component of the machinery of reason” (xii). And this led him to the conclusion that “emotions and feelings may not be intruders in the bastion of reason at all: they may be enmeshed in its networks, for worse and for better. The strategies of human reason probably did not develop, in either evolution or any single individual, without the guiding force of the mechanisms of biological regulation, of which emotion and feeling are notable expressions. Moreover, even after reasoning strategies become established in the formative years, their effective deployment probably depends, to a considerable extent, on a continued ability to experience feelings” (xii).

He acknowledges that “traditional wisdom” is right to warn about the havoc that emotion can cause in our reasoning, yet he argues that “the absence of emotion and feeling is no less damaging, no less capable of compromising the rationality that makes us distinctively human and allows us to decide in consonance with a sense of personal future, social convention, and moral principle” (xii). Feeling orient our reasoning: “feelings point us in the proper direction, take us to the appropriate place in a decision-making space, where we may put the instruments of logic to good use. We are faced by uncertainty when we have to make a moral judgment, decide on the course of a personal relationship, choose some means to prevent our being penniless in old age, or plan for the life that lies ahead. Emotion and feeling, along with the covert physiological machinery underlying them, assist us with the daunting task of predicting an uncertain future and planning our actions accordingly” (xiii).

Having discovered that emotions make a necessary contribution to right reason, he also concluded that bodily processes are involved in our thought. The “lower levels in the neural edifice of reason are the same ones that regulate the processing of emotions and feelings, along with the body functions necessary for an organism’s survival.” And these lower levels of brain activity “maintain direct and mutual relationships with virtually every bodily organ, thus placing the body directly within the chain of operations that generate the highest reaches of reasoning, decision making, and, by extension, social behavior and creativity. Emotion, feeling, and biological regulation all play a role in human reason. The lowly orders of our organism are in the loop of high reason” (xiii).

A feeling is a particular view of a part of the landscape of the body, and “has a specific content – the state of the body; and specific neural systems that support it- the peripheral nervous system and the brain regions that integrate signals related to body structure and regulation. Because the sense of that body landscape is juxtaposed in time to the perception or recollection of something else that is not part of the body-a face, a melody, an aroma-feelings end up being ‘qualifiers; to that something else” (xv).

And that in turn means that reasoning and knowing are acts of the entire human “organism,” not merely the brain or mind. Damasio makes the following proposals: “(i) The human brain and the rest of the body constitute an indissociable organism, integrated by means of mutually interactive biochemical and neural regulatory circuits (including endocrine, immune, and autonomic neural components); (2) The organism interacts with the environment as an ensemble: the interaction is neither of the body alone nor of the brain alone; (3)The physiological operations that we call mind are derived from the structural and functional ensemble rather than from the brain alone: mental phenomena can be fully understood only in the context of an organism’s interacting in an environment” (xvi-xvii). In sum, “mental activity, from its simplest aspects to its most sublime, requires both brain and body” (xvii).

Failure to recognize this is the heart of Descartes’ error. The mind-body problem rests on a dualism that Damasio says doesn’t fit the way we actually think, reason, feel, and interact with the world.

May 10, 2016 Youth Ministry in a Secular Age
Browse Our Archives
get the latest from
Evangelical
Sign up for our newsletter
POPULAR AT PATHEOS Evangelical
1 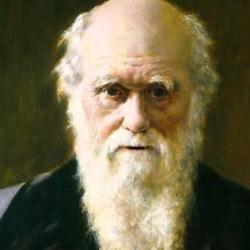 Evangelical
Evolution - A Theory of Everything?
Leithart

Evangelical
Your Brain On Paper
Leithart
TRENDING AT PATHEOS Evangelical