The next time you have a space 15 minutes, treat yourself to the Wingfeather Saga short film on Youtube. It’s a quarter hour of sheer delight.

One of the most arresting things about the segment is the way it provides rich, mysterious backgrounds for the characters.

The characters live in something like the early-modern Western world, but there are unusual things in this world.Three children go into a city where the guards are all poisonous lizards. Dragons dance at sunset in the sea, and a little girl sings so magically that one of the dragon rises up to the top of the cliff to examine her.

The creators know how to hint at stories through bodies. There’s no father in the house (what happened to him??). The children’s grandfather is the patriarch. He’s a giant of a man with a peg leg; when you first see him it looks like he’s wearing dark classes until you realize that the brown covers over his eyes are extra-thick eye brows. The daughter in the family walks with a crutch.

It’s a short film, so it doesn’t have time for exposition and background. But I suspect that the creators aren’t just doing this because of time constraints. They tell a story that, in the words of Erich Auerbach (in a famous essay comparing the Odyssey to Genesis), is “fraught with background.” And they know that this background is incarnate, that we all live as storied bodies. 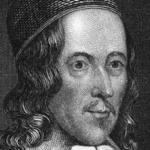