Study of the sacramental in early modern English poetry has become a cottage industry in literary scholarship. Kimberley Johnson isn’t satisfied with the direction this scholarship has taken, and in her Made Flesh, she offers a corrective.

Much of the scholarship has focused on sacramental, especially Eucharistic, doctrine as it is expressed in lyric poetry. Scholars try to determine if the poet is Catholic, Anglo-Catholic, Reformed, Lutheran, Puritan, or something else.

This isn’t poetics, though. It doesn’t describe the relationship between Eucharistic controversy and how the poetry works. Johnson is interested in how the Eucharistic debates of the Reformation and post-Reformation disturbed common conceptions of presence, bodies, and meaning, and how those disturbances are evident in the poetry.

Another treatise on how poetry is always only about poetry, language is about nothing but the possibilities and limits of language. Johnson, though, makes a good case for saying that the point of poetry is to call attention to its own poetic character.

Citing Charles Bernstein, she observes that while reading normally erases the mark on the page in order to get at meaning, poetry is “antiabsorptive writing” (23). It makes the marks on the page “opaque” and thus keeps them visible to the reader who is inclined to try to see through to the meaning. Poetry is thus inherently about poetry, inescapably an exploration of presentation, representation, and its capacities and incapacities to reveal presence (22).

In the early modern eucharistic debates, we see “the ontological disjunction between sacramental signs and their divine referents. And while sixteenth-century exegetes were not unaware f what we would not call the semiotic consequences of the controversy . . . it is in the poetry of the post-Reformation period that these consequences are most fully registered. For in their fixation on the perceptual absence of Christ’s body and on the mechanisms by which that absence is redressed, and in their reimagining of the Eucharist’s underlying assumptions regarding the capacity of signs to manifest corporeal presence, reformers interrogate the very phenomena that animate lyric poetry” (26).

For instance, on Herbert’s “The H. Communion,” Johnson writes that Herbert undermines Calvin’s “ontological distinction between the sacramental signs and the spiritual realities they represent.” Instead, he “focuses on ‘leaping the wall’ between fleshly and spiritual, using the word itself as an instrument for producing indistinguishability between ontological realms.” She finds a similar semiotic theology in his claim that the Lord of the altar is both the feast “and the way to it.” This hints at “Herbert’s peculiar willingness to collapse sacramental and representation means into ends – that is, to preserve the significance of the sign in itself, in addition to honoring the significance of the principle to which the sign refers” (41-42).

Apart from the somewhat questionable claim about Calvin, this rings true: In Herbert’s sacramental poetics, the word doesn’t become a transparent vehicle to the meaning, a husk to be sloughed off. Rather, destination and way are complexly one. 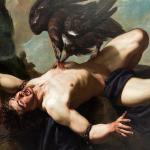 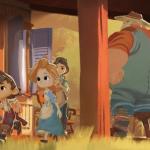 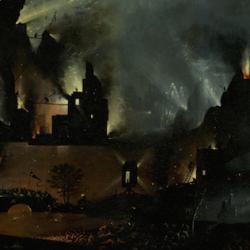