Jay Zysk’s Shadow and Substance is a recent contribution to a growing literature linking early modern theology with early modern drama. Zysk focuses on the ways Reformation disputes about the Eucharist play into plays, how Eucharistic semiotics shapes understandings of bodies and signs, flesh and spirit, letter and figure, words and deeds (28-52).

Early in the book, he tackles Coriolanus, worked out by comparison with passion plays like Christ Crucified. He doesn’t suggest that Coriolanus is a Christ figure, but explores the interplay between wounds and words in the two dramatic contexts.

In the York Crucifixion cycle, “Christ’s wounded body is publicly displayed both to the onlookers in the play and to the spectators watching on the city streets. The elevation and presentation of Christ’s body, which has direct liturgical antecedents in the elevatio of the Mass, is the climax of the whole cycle” (63).

As He is elevated, Christ “blazons on his wounds,” much as St Bernard did in his famous hymn (63).

Christ’s wounds signify His self-offering; Coriolanus’s wounds “signify martial victories” (72). And, unlike Christ, Coriolanus wants to keep his wounds to himself: “Christ’s charitable sacrifice, so represented in biblical drama, provides a counterpoint to Coriolanus’s narcissistic insularity. What Christ gives freely to the people – both his wounded body on the cross and the bread of life in the Mass – is reconfigured as both the grain and the battle wounds that Coriolanus keeps to himself” (73).

Coriolanus does not want to express his wounds in words, and he certainly doesn’t want to allow the lowly plebs to speak his wounds for him: “Coriolanus rejects both the wound’s capacity to signify valor and the social process by which those wounds enter into language” (75).

Thus, Coriolanus takes the side of the iconoclasts: “he removes his body from a semiotic system and divorces it from civic rituals” (75). He resists letting commoners “put their tongues” in his wounds, to speak his wounds for him, and resists too the incorporation of his wounds into dramatic spectacle (76-7).

For Zyst, “his rejection of ritual ceremony, dramatical spectacle, and corporeal piety resonates with the iconoclastic reforms of the sixteenth and seventeenth centuries in England.” The play hardly constitutes a defense of iconoclasm, however: “Coriolanus is eventually punished on account of his refusal to communicate physically and verbally with the people” (81).

Having refused to display his wounds for speech and spectacle, he is eventually dismembered. It is “a sign of political failure,” in contrast to Christ’s wounds, “which is a sacramental sign of salvation ” (81). 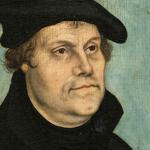