Our hope is in Christ (1 Corinthians 15:19; Ephesians 1:12). Christ in us is the hope of glory (Colossians 1:27). Christ’s resurrection is the target of Abrahamic faith, he who hoped against hope for resurrection, for new life to come from his dead body (Romans 4:18). Hoping in God’s promise, he didn’t consider his own impotence looked for the impossible.

In this respect as in others, the Eucharist is a profoundly counter-cultural rite. As Benedict XVI points out (Spe Salvi), Kant hoped for a kingdom of God to emerge from the transformation of ecclesiastical faith is vanquished by religious faith. As Benedict says, every kingdom without God ends up at the “perverse end” of destruction that Kant feared.

Marx said that Prometheus is the most distinguished saint on the philosophical calendar, the patron saint of optimistic modernity, full of hope in the human capacity to overcome all obstacles through technology.

No thinker embodies this Promethean humanism more fully than Ernst Bloch. Bloch turned Marx into a cosmic philosophy. Marx was the first philosopher of hope, who insisted that the ultimum is more than a return to or repetition of the primum; the ultimum is truly a novum. Marxism is the hope that everything is moving toward a state of perfection when all forms of alienation are overcome. The world has an inner purposiveness that drives it toward this eschaton, but that end is achieved only through human will and action. Human beings have to shoulder the burden of Being. There is certainly no outside help needed (based on Kolakowski’s summary, vol. 2 of Main Currents of Marxism).

To say that hope is Christ-centered is also to say that hope is hope for love, hope grounded in the supreme love of the Son’s self-gift for us. The God who is our hope is the God who is love. As Benedict XVI put it, “Man’s great, true hope which holds firm in spite of all disappointments can only be God—God who has loved us and who continues to love us ‘to the end,’ until all ‘is accomplished’” (Spe Salvi). Again, “God is the foundation of hope: not any god, but the God who has a human face and who has loved us to the end, each one of us and humanity in its entirety” (Spe Salvi).

While at the table, the disciples begin disputing about which is the greatest. It’s a typical setting for Luke, who delights in recording Jesus’ table talk, His habit of using meals as object lessons of discipleship.

Here, the social structure of the table identifies Jesus and also lays out a Eucharistic hope for His disciples. The one who reclines at table is greater than the one who serves, yet Jesus is among them as one who serves (22:27).

This is an example for the disciples to follow, but it is something else too. Jesus stoops to serve the disciples because He is treating them as the greater ones, as co-rulers with Him. As the Father grants Him the kingdom, so Jesus grants the kingdom to the disciples. That kingdom will be a festive kingdom; He grants them a kingdom so that they will “eat and drink at My table.”

Receiving the kingdom also means receiving a grant of authority. As Jesus received the authority to judge from His Father, so He passes on authority to His disciples, so that they will “sit on thrones judging the twelve tribes of Israel” (22:30). The path to Jesus’ table and the throne is a way of trial and suffering; it’s the path of service. But it is a path to a kingdom, and the kingdom is embodied in the feast.

The Christian hope is that the saints in Christ will reach their ultimate maturity as human beings, the fullness of our Adamic calling. We were made a little lower than the angels, but the Eucharist teaches us to hope that we shall one day judge them, that in Christ the King we will be kings and queens forever ruling over a renewed creation. 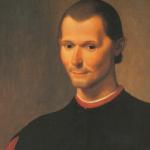 Evangelical
Migration of the Mystical
Leithart
TRENDING AT PATHEOS Evangelical

A Living Hope Is Revolutionary
A living hope is a dangerous thing. It is a revolutionary thing....
view all Evangelical blogs