Sacred/Secular and the Triumph of Lent

In his history of popular culture in early modern Europe, Peter Burke traces what he describes as the “triumph of Lent” during the 17th and 18th centuries. He refers to Brueghel’s painting, Combat of Carnival and Lent and says, “I am tempted to interpret ‘Carnival,’ who belongs to the tavern side of the picture, as a symbol of traditional popular culture, and ‘Lent,’ who belongs to the church side, as the clergy, who at that time (1559) were trying to reform or suppress many popular festivities.”

Whether the clergy were Protestant and Catholic, one of their aims, or at least results, was a dichotomy of sacred and secular.

After surveying a host of examples of clergy suppressing popular amusements, often associated with festival times, Burke writes, “The crucial point in all these examples seems to be the insistence of the reformers on the separation between the sacred and the profane. This separation now became very much sharper than it had been in the Middle Ages. In other words, the reform of popular culture was more than just another episode in the long war between the godly and the ungodly, it accompanied a major shift in religious mentality or sensibility. The godly were out to destroy the traditional familiarity with the sacred, because they believed that familiarity breeds irreverence.”

At the same time, Burke’s discussion suggests that one of the consequences—intentional or unintentional—was the development of a modern dichotomy of sacred and profane. Medieval popular culture was infused with elements from Christianity—often topsy-turvy and satirical, but dependent nonetheless on the church. On the other hand, elements of popular culture also ended up in the church. The lines were permeable in both directions. With the sixteenth and seventeenth century reforms, religion was increasingly confined into the church, leaving popular entertainments to go their own, secular, way.

March 3, 2017 Of Teenagers and Humans
Browse Our Archives
Related posts from Leithart 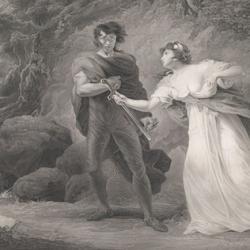 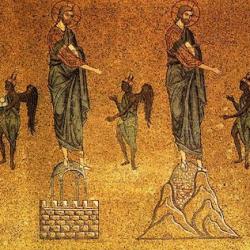 Finding common ground on abortion: Helping women in...
Two things can be true at once. We can protect the embryo...
view all Evangelical blogs
Copyright 2008-2021, Patheos. All rights reserved.
Close Ad