Writing in The American Conservative, Paul Gottfried pinpoints the conservative quandary regarding Putin.

On the one hand: “Putin makes no secret about his associations with the Right, whether he is speaking out against the power of LGBT activists in the West, praising the cultural influence of the Russian Orthodox Church, or cultivating the friendship of Viktor Orban, Marine Le Pen, or other figures of the European Right.”

Many American conservatives have “a soft, and sometimes even a squishy soft, spot for the Russian president. This list would include (but is not exhausted) by at least some contributors to Breitbart, Pat Buchanan, Taki, paleoconservative and paleolibertarian bloggers, so-called cultural conservatives, neo-Confederates and the alt-right. Pat Buchanan is not alone on the right when he praises Putin as the ‘preeminent statesman of our time’ and ‘one of us, a paleoconservative.’” Frustrated with the progressive drift of mainstream conservatism, such pundits find relief seeing paleo Putin striding the world stage like a Colossus.

On the other hand: There’s his “aggressive behavior in Ukraine and Syria” and Russia’s earlier involvement in “murder and mayhem” in Ukraine, Hungary, Poland, and throughout Central Europe. There’s an awful lot on the other hand. If you want a close-to-the-ground view of Putin, talk to a Ukrainian. Talk to a Pole.

Gottfried doesn’t want to side with Putin. But, though he diagnoses the dilemma, he doesn’t see his way to a satisfying conclusion. He ends his article by quoting the Weekly Standard‘s Christopher Caldwell. Speaking at Hillsdale, Caldwell said that “Putin has become a symbol of national sovereignty in its battle with globalism. That turns out to be the big battle of our times. As our last election shows, that’s true even here.”

That’s wrong. Globalism vs. nationalism is not the issue of our time. Thinking that it is is the source of the quandary.

It’s not the issue, for starters, because the line between nation and globe has always been a fuzzy one and seems to have grown fuzzier in the past half-century. Walk a block of midtown Manhattan, and you’ll hear a half dozen languages.

If that’s too blue-state: There are large immigrant populations in middle-sized towns in Kansas and Nebraska and Iowa. Are they part of the nation because they’re within our borders, or part of the globe because of their country of origin?

And then there are Americans abroad. Nobody knows for sure, but it’s estimated that between three and nine million non-military American citizens live outside the U.S. Their presence in far-flung corners of the globe is one of the reasons it’s hard to set limits to our “national interests.” Even the strictest nationalist has to reckon with these global co-nationals.

It’s not the issue because “nationalism” isn’t one thing. It’s misleading to suggest that Putin’s nationalism is just a Russian version of Trump’s American nationalism. Putin may sincerely feel threatened by the West; he may be playing traditional fears to justify an expansionist foreign policy. When threatened, Putin doesn’t promise to build a wall to hold German hordes at bay. He invades and annexes neighboring countries.

Globalism isn’t one thing either. Fundamentalist missionaries are “globalists,” but they’re hardly progressives.

Finally, there is no necessary connection between globalization and the advancement of the LGBT agenda, moral and cultural decay, etc, or between nationalism and moral conservatism. American nationalism can take a progressive form, our exceptionalism defined by Seneca Falls, Selma, and Stonewall. In past centuries, on the other hand, English globalists sought to imprint Victorian mores on some very non-English cultures.

It’s only by keeping the moral (OK, I admit, the theological) issues at the forefront that we can escape the Putin dilemma. R. R. Reno is right that Trump has summoned a spirit of solidarity among Americans. Whether that’s a good or bad thing depends on the ends to which that solidarity is put.

Gottfried’s and Caldwell’s statement of the conflict fuels Putin mania. It’s this opposition that sets conservatives up for the quandary. If the issue is globalism vs. nationalism, and Putin is a nationalist, well . . . . enemy of my enemy and all that.

On moral and theological grounds, we can oppose both the domestic assault on created sexual difference and the brutality of Russian muscle-flexing. We can see through the fog of sexual fascism and resist the lure of Putin’s Rightist machismo. Only by keeping moral and theological issues at the forefront can we discriminate.

July 21, 2017 Return to Paterson
Browse Our Archives
get the latest from
Evangelical
Sign up for our newsletter
POPULAR AT PATHEOS Evangelical
1 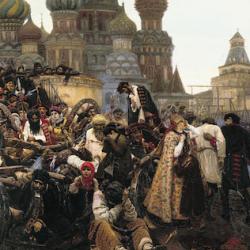 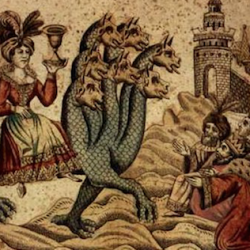