Paul can sound like the Solomon of Proverbs: “Be careful how you walk, not as unwise men but as wise, making the most of your time, because the days are evil. So then do not be foolish but understand what the will of the Lord is” (Ephesians 5:15–17). Wisdom and folly are stark opposites. Choose one and you live; choose the other and you die.

But the cross has disturbed Paul’s Solomonic wisdom. Sometimes, it’s not “Be wise, don’t be a fool.” Rather: Seek the folly of God.

That’s the message to the Corinthians. Paul’s gospel is foolishness to the Greeks (1 Corinthians 1:23). But it’s not just the Greeks who find the gospel folly. Paul calls the gospel “the foolishness of God (1:25), though he immediately adds that this divine folly is “wiser than men” (v. 25).

Let the Corinthians boast of their prudence. Paul exults in being Christ’s fool (1 Corinthians 4:10).

In short: You’re gonna be a fool, and the only question is, Whose fool are you gonna be? 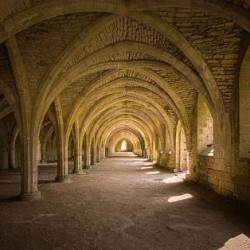 Evangelical
Song of the Justified
Leithart
TRENDING AT PATHEOS Evangelical