Herbert Schlossberg recounts efforts at school and university reform following the religious revivals of the late 18th and early 19th centuries (The Silence Revolution & the Making of Victorian England). One of the factors that stymied reform was religious disunity. Tractarians resisted any educational system that didn’t have the Church of England at the center; Dissenters, of course, didn’t want their children educated in schools dominated by doctrine and practice with this they disagreed, sometimes vehemently.

Schlossberg writes, “For those who advocated that education in a Christian country should be Christian, to a large extent that ideal was realized until the Educational Act of 1870, when denominational rivalry combined with a lessening of religious fervor to bring about something closer to the modern ideal of secular education” (267).

More generally, the competition and antagonism between Church and Dissenters kept the pre-Victorian reformers from realizing their full aims. Schlossberg thinks that the “sparks” thrown off by these conflicts had their effects: They “set fires as they were scattered throughout the land” (313). But denominational divisions limited the scope of the “revolution”:

“The evangelicals say the gospel in narrow terms, believing that the recovery of the teaching about sin and redemption in Christ would lead to whatever else was necessary. The Tractarians believed that nothing could avail if the vessel in which the gospel was found – the Church – was neglected. Coleridge and Arnold and their followers had their focus on the world that ought to be transformed by the recovery of the gospel. Gospel, Church, and World. The extent of the change wrought in society by the religious revival was revolutionary in its scope and its depth, and in the staying power of the transformation, but we have not seen in this what might have happened if the three visions had been combined more perfectly into one, mutually compensating for each other’s deficiencies” (313).

July 31, 2017 Oded and Ahaz
Browse Our Archives
get the latest from
Evangelical
Sign up for our newsletter
POPULAR AT PATHEOS Evangelical
1 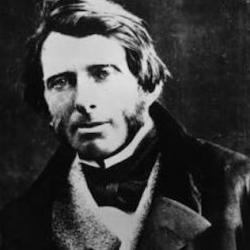 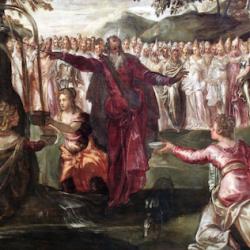