“How is it possible,” asks Terry Teachout, “that a man who made his conducting debut when Grover Cleveland was president should still be sufficiently well known and revered that most of his recordings remain in print to this day?”

Teachout thinks that Harvey Sachs’s Toscanini: Musician of Conscience comes as close to an explanation as we can expect.

Toscanini’s success and endurance can’t be chalked up to technique: “while his manual gestures, whose effect was heightened by the irresistible force of his piercing gaze, were by all accounts unfailingly communicative, Toscanini’s ability to draw unforgettable performances out of the orchestras that he led had at least as much to do with his natural musical gifts. These included an infallible memory – he always conducted without a score – and an eerily exact ear for wrong notes. Such attributes would have impressed orchestra players, a hard-nosed lot, even if they had not been deployed in the service of a personality so galvanizing that most musicians found it all but impossible not to do Toscanini’s musical bidding.”

According to Sachs, Toscanini was conscience-bound to his music as much as to principle. He “believed that it was his job – his duty, if you will – to perform the classics with note-perfect precision, singing tone, unflagging intensity, and an overall feeling of architectural unity that became his trademark. When an orchestra failed to give of its best, he flew into screaming rages whose verbal violence would likely not be believed were it not for the fact that there were secret tapes made.”

Music-making wasn’t release but passion: The rare moments of ecstasy that he experienced on the podium were more than offset by his obsessive struggle to make the mere mortals who sang and played for him realize, as closely as possible, his vision of artistic perfection.” 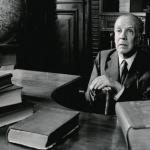 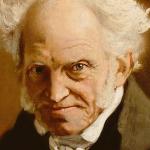 September 15, 2017 The Will Behind the Veil
Browse Our Archives
Related posts from Leithart

Helping Give Children Access to Clean Water Is...
Jesus, in Matthew 10:42, makes a startlingly significant promise about a seemingly...
view all Evangelical blogs