How the Church Lost Its Soundscape

The following was first published in 2011 at Firstthings.com.

“By the twelfth century,” Christopher Page writes in his magisterial The Christian West and Its Singers (2010), “the Latin West could be imagined as a soundscape of Latin chant.” From the eighth-century alliance of Pope Stephen with the Frankish King Pippin, a Frankish-Roman “repertory of plainsong” spread throughout Europe, suppressing competitors. By the end of the first millennium, cathedral singers in Hungary knew the same liturgy and sang the same chants for the same days as monastic singers in Spain and Sweden. When monasteries and hospitals expanded Christendom’s reach to frontier areas, they took their music with them. The sonic space of Christian cities was delimited by the sounding of bells.

In the eastern Mediterranean and North Africa, Christendom’s soundscape was demolished by Islam as the wails of muezzins replaced tolling bells. “There is only the abominable melody of Saracens where there should be the worship of Jesus Christ and chant,” lamented a Franciscan friar after the fall of Crusader Jerusalem. The medieval soundscape took another hit during the Reformation, when metrical Psalms, chorales, or modified plainchant displaced Latin chant wherever Protestantism took hold. Still, for centuries after the Reformation, and across the Reformation divides, churches continued to cultivate a distinctive culture of liturgical music.

What Islam and the Reformation initiated, American churches have completed, voluntarily. Beginning with the charismatic revival and the Jesus movement, the most theologically conservative Protestant churches abandoned the tradition of Christian music and took on musical styles adapted from popular music. It has been an astonishingly rapid and thoroughgoing change. Praise songs routed gospel hymns, and today Reformation-era Psalms and chorales are unknown in wide swathes of American Protestantism. Presbyterian theologian T. David Gordon captures the shift with an anecdote about a theology student at a Protestant seminary puzzled by a professor’s reference to Luther’s “A Mighty Fortress.” Musically, evangelicals are all charismatics now.

I am not assessing the quality, theology, or sincerity of contemporary worship music. I merely observe the fact, and offer a preliminary interrogation of its cultural sources and effects. What ideas, standards, and forces shape liturgical music? And, what does the church’s musical culture say about the church and its future?

Contemporary worship music is, for starters, “contemporary.” Of course, the age of music doesn’t determine its quality, but that bromide misses the point. In a world peopled by advertisers and entertainers, “contemporary” is a hurrah word, a marketing tool, branding liturgical music that is fashionable, up-to-date, oozing youthful cool. Contemporary is young, and young is good. The desire to make worship more appealing to young people was a major impulse behind the development of contemporary Christian music in the first place. The magnitude of this shift cannot be overestimated. Culture is a gift from the old to the young, and the younger generation’s grateful reception is a sign of honor for fathers. Cultural transmission has been thrown into reverse, also in the church.

Contemporary music arose just as general music education collapsed in our schools. As Ken Myers points out, the church did nothing to fill the gap, apparently content to let advertisers, disk jockeys, the Stones, Steve Jobs, and Madonna provide musical training for Christians, especially young ones. It is no surprise that contemporary worship music takes its cues from commercial pop. No surprise, but surely a concern. Pop music is a relatively new cultural phenomenon with its own set of commercially driven values”accessibility, immediacy, instant gratification, freedom, sex. It has its own, extremely limited, range of musical and emotional possibilities. For all its variety, pop music is dismally monophonic. Transgression is encouraged, so long as it doesn’t get too close to the music. Lady Gaga wears her meat dresses and Rihanna feigns sex on stage, but when the music starts they are both as frothy as Justin Bieber. There can be no Stravinsky of pop music.

Expertise is one of the values of modern culture, but expertise has always had a limited scope. We trust experts in physics and computer programming and perhaps foreign affairs. But the suggestion that there are experts in aesthetics, musicians who know what music one shouldappreciate, is greeted with hostility, also in the church. “I know what I like” stops every argument, buttressed by “Musical taste is subjective.” Lebanese organist Naji Hakim has lamented that in the Catholic Church “many in positions of liturgical responsibility, with no musical education as regards technique or aesthetics, have come to believe in a tabula rasa , denying any lineage whatsoever.” Professional musicians have been “sidelined” as “the lost common denominator has become the rule.” He wonders whether Catholics “realize the level of mediocrity which the present liturgy has reached.”

The church created the soundscape for Western Christendom because she cultivated her own musical life in the liturgy that united human voices with the angelic choirs of heaven. I can hardly imagine a more worrisome sign of worldliness, or clearer evidence of the church’s identity crisis, than our eager renunciation of our own soundscape and our determination instead to reproduce the world’s. 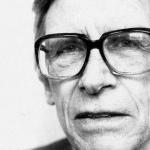 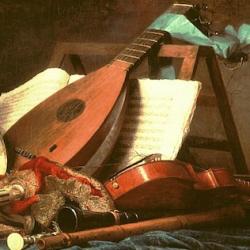 Evangelical
Music and the Mind
Leithart