Music and the Mind

Musicologist and philosopher Jenny Judge thinks that the mind is more than a machine. Music provides the evidence.

According to some philosophers, “if you can’t consciously represent the finer details of a guitar solo, the way is surely barred to having any grasp of its nuances. Claiming that you have a ‘merely visceral’ grasp of music really amounts to saying that you don’t understand it at all. Right?”

That’s not the way life works, though: “we allow ourselves to be borne along by the currents of what’s swirling around us without abstracting away from it. Getting swept up in a musical performance is just one among a whole host of familiar activities that seem less about computing information, and more about feeling our way as we go: selecting an outfit that’s chic without being fussy, avoiding collisions with other pedestrians on the pavement, or adding just a pinch of salt to the casserole. If we sometimes live in the world in a thoughtful and considered way, we go with the flow a lot, too.”

These experiences aren’t “mindless” or merely visceral. Taking account of music forces philosophers to “broaden their conception of what the mind is, how it works, and to embrace the diversity of ways in which we can begin to grapple with the world around us.” Philosophers of perception have to break the dominance of vision and attend to the experience of sound, and the role of the body in our responses to and perceptions of the world.

Most discussions of perception focus on perceptions of objects. But life is full of events and happenings, not merely objects. And happenings aren’t as susceptible to analysis as events: “If I want to examine the parts of my lamp, or figure out how exactly they fit together in space, I can squint at it, pick it up, or turn it around. But while the lamp obligingly submits to my investigations, events extend me no such courtesy. The ‘happenings’ in my environment are constantly sliding into the past, out of reach. And though I could chase after the lamp, were it suddenly to gather up its cable and flee, I can’t pursue a fleeting event to ‘get a good look’ at it.”

We can’t put events under a microscope. Our engagement with them is as temporal as the events themselves, and bodily. We experience events in a way analogous to the way we experience music.

Speech is an event with musical qualities – qualities of rhythm, tonality, temporal flow that can’t be fully articulated. Judge observes, “Rhythmic turn-taking is not the only musical aspect of speech. Greetings and farewells are ordinarily delivered in the upper part of the vocal register (hence why it’s offputting when someone flatly intones: ‘Goodbye’). The difference between expressing sincerity or sarcasm – ‘Well, isn’t that just great!’ – boils down to differences of pitch, syllable duration and articulation.” 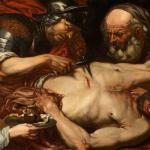 January 26, 2018
Benjamin in the Book of Chronicles
Next Post 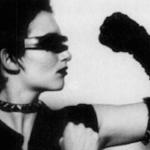