This suggestion is based on the scholastic and specifically Thomistic view that God is pure actuality, pure act, without any admixture of passivity or reaction. He is “actus purissimus,” according to Rosenstock-Huessy (Morgan, Speech and Society, 31). This pure act is eternity, and it is because God is pure act that He creates spaces, rather than being within space.

Eternity, however, is not simply endlessly stretched-out time. Eternity is instead a matter of world following upon world, as the doxology at the end of Christian prayers has it, “unto ages of ages.” God is eternal because He is the “Lord of the eons,” who endures though the formation and dissolution of world after world. Because Christ is Lord of the eons, the eons have a unity; because the Spirit binds together times, there is one unified time.

Eternity is time considered as a whole, with a beginning and end. God is eternal insofar as He is Alpha and Omega, always behind every origin and always ahead of every future.

On this understanding, epochs of history, and there are epochs of history, are kind of miniature eternities: “Epochs are not atoms out of which history puts itself together. Rather they are rungs of a ladder on which the Holy Spirit descends into the world.” Space is always divisible into parts, but time “articulates itself” as a whole. And it does so in that it enters us as its branches and leaves” (quoted in Morgan 31). Because each epoch has an Alpha and Omega point of its own, it bears the structure of time as a whole; it is a “short eternity.”

Unlike many historians, Rosenstock-Huessy does believe that there are recognizable breaches in time, beginnings and endings of periods of history. These epochs are bodies of time created by speech: “Life has bodily form . . . As the highest embodiment of life, as the heartbeat of love, the breath of the spirit, the image of hope . . . speech blesses us with life” (quoted in Morgan 131, fn 7).

Rosenstock-Huessy finds a Trinitarian basis of his conception of time as well. Were a single generation to occupy the earth by itself, it would need “no religion,” particularly a religion “which talks of Father and Son as equally responsible for the spirit.”

This Trinitarian formula “connotes some process which runs counter to the spirit of any one generation. . . . In the Divinity, Father and Son unfold the quality of being, by spreading it over two generations. And the Spirit, lest he be confused with the wit of the moment, is explicitly said to descend from the interaction of the two generations, the Father and the Son.” So also man “can’t be the image of God if he serves the spirit of his own time” (Christian Future [CF] 219-20).

Liberalism captures some of the Christian spirit in its effort to educate children to reach “a future from which the parents themselves were excluded” (CF 225). Yet, education has failed insofar as it has failed to imitate the Triune life. Instead of the classroom spirit being the unified product of the process of the spirit of the father and the spirit of the son, it is turned into a purely contemporaneous event. Instead of striving to unite “two ages,” “teachers and students on our campuses lived under the fiction that they were contemporaries and could feel and think the same things” (CF 225). 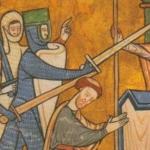