Public Legacies of the Reformation

Before I attempt to answer, let me indulge that venerable academic pastime of questioning the question. Prior to answering, we need to ask three complicating questions.

The question is further complicated when we ask whether the sixteenth century was the century of “Reformation” or of “Reformations.” Legacies will differ depending on whether we focus on Lutheran, Reformed, “radical,” or Catholic movements.

Second: What are the “emerging challenges to public social order in our time”? Which are most important? Income inequality, wage stagnation, or religious freedom? Liberalism’s fascist turn, or conservatism’s uncritical infatuation with capitalism? Gay marriage and abortion, or global warming or the deleterious effects of technology? Is nationalism v. globalism the great fault line of our time, crystallized around immigration and the refugee crisis? Or is this debate a distraction from a more fundamental contest between “orthodoxy” and progressivism?

Third: Assuming that we can identify legacies and emerging challenges, can we connect the two? How? The question forces us to traffic in Brad Gregory-style mega-history that connects seed and fruit across centuries. I admit I have a weakness for single malt mega-historicals, but I always have a bit of a hangover after. And I have friends who try to restrain me.

Yet I want to honor the organizers of this session by answering the question asked. To cut through some of my own complicating questions, I have tried a simple-minded approach (all that’s available to me in any case): I focus on institutional arrangements and political trends that are (more or less) undeniably “legacies of the Reformation” and that (more or less) undeniably pertain to today’s political situation. I hope that modest starting point will yield some useful results.

My focus will mainly be on ecclesio-political concerns, and particularly the contemporary consequences of the divisions between Christian communions in the sixteenth century. I won’t take time to trace the sources of these divisions, but I trust that the fact of these divisions is uncontested.

One question has to do with the support that the Reformation received from political authorities. For various reasons, many of the Reformers hitched their reforming efforts to political powers.

Relations of Church and State took different forms in different places. Though Council and Church were closely allied in Geneva, Calvin fought for the church’s independence from civic control. The English church came under the headship of the Crown.

In Germany, as settled at the Peace of Augsburg (1555), the faith of a ruler determined the confession of his realm, and Westphalia (1648) fixed confessional identities as they existed in 1624. In some parts of Germany, the church became something of a department of state, supported by tax funds with pastors selected by political authorities.

Whatever the specific form, none represented a “secularization” of European politics. The post-Reformation settlements merged throne and pulpit, while placing territorial restrictions on the church.

Those settlements raised many problems of their own (German princes as “summus episcopus,” for instance), but my concern is contemporary. The US has no officially established church, but has operated with an informal Protestant establishment. Joseph Bottum (An Anxious Age) has argued that the most important political event in the 20th century was the collapse of mainline Protestantism, which left a vacuum of cultural authority to be filled by a post-Protestant elite that Bottum calls “Poster Children,” the 1% who find redemption by being “woke” to the systematic sins of American society.

My questions are: What happens if (when) this elite collapses? Is any sector of the church prepared to offer moral guidance to American society? And, more importantly: Do orthodox Protestant churches have the institutional solidity to survive the collapse of the quasi-official Protestant establishment? (We can extend the question to Europe.) Do Protestants have a sufficiently hardy culture of our own to sustain ourselves without buttressing from a friendly culture or polity?

A second issue has to do with liberal order. The relationship between the Reformation and liberal democracy is a complicated one, and is complicated further by various uses of the term “liberal.” By liberal order, I mean a political order that disclaims corporate ends. A liberal state protects the liberty of each citizen to pursue his own preferred ends, and adjudicates disputes when ends clash. It does not, on paper, require, embody, or encourage any particular vision of the good life. A liberal state is a referee not a player.

More specifically, liberalism denies that a polity needs to acknowledge God in order to be just. While it permits a free play of religious practice, it adopts the neutral black-and-white atheism appropriate to a referee.

Now, the Reformation is at least indirectly implicated in the rise of liberal order. The pretext, if not the cause, for the development of liberalism is the fear that religious passions threaten public peace and therefore need to confined to the private realm. The chief evidence of the disruptive power of religion is religious war. Many Christians have accommodated to the liberal conception of religion.

Liberalism’s neutrality was always a ruse. As a sheer historical matter, for Europe to adopt a “neutral” stance to Christianity represents a demotion for the religion that forged European identity. As Benedict XVI and others have pointed out, there’s an anthropology implicit in liberal order, and one that doesn’t comport with Christian convictions. Liberalism operates with an implicit ecclesiology, preferring forms of Christianity that are content to keep faith within the walls of the church.

It’s become increasingly clear that liberal order cannot live up to the toleration and diversity it celebrates.

The question is, Is there any viable model for post-liberal order? Religious pluralism is more entrenched than in the sixteenth century, and law and culture have developed in accord with liberal premises for some time. Can we “turn back the clock,” and if we could, should we? Proposals like the Benedict Option are valuable for cultivating the internal life of Christian communities, but shouldn’t we also have some counsel for cultural and political leaders?

It’s not enough to unmask liberalism. We should have something to propose in its place. 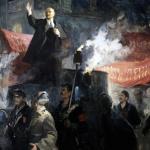 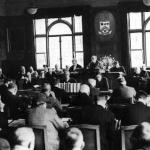