Saba Mahmood and Peter G. Danchin examine religious liberty cases from Egypt (publicly an Islamic state whose laws are based in sharia), the European Union, and the U.S. Despite differences, they highlight the remarkable similar dilemmas that arise in these very different legal systems.

The common antinomies emerge because of the basic structure of modern secular law’s treatment of religion.

They conclude that “modern secular power . . . incessantly raises the question of where to draw the line between the religious and secular and empowers the state to make this determination by demarcating the nature and scope of the right.” Modern law thus “requires the state to constantly define and delimit what is ‘religious’ either as an absolutely protected category in the forum internum or as a category of simultaneous recognition and regulation in the forum externum.”

Whatever they may say, modern courts are making religious and theological judgments: The “dilemma of how to demarcate the meaning and scope of the forum internum has been shown necessarily to involve the courts in making substantive judgments on what falls within the protected category.”

In both Islamic Egypt and “secular” Europe, law privileges “majority religious sensibilities and tradition to define public order.” In Egypt, adherents Bahai are accorded absolute freedom of belief but no public recognition as a legal religion (not being among the “People of the Book.” In Europe, crucifixes are permitted in public schools but headscarfs are regulated in the interests of public order.

That majority religions are given greater latitude and recognition isn’t necessarily unjust. But it is not what secular polities claim to be doing. 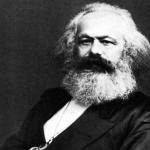