Dead End of the Left

In 1969, Carlo Lancellotti writes in Commonweal, the journal “Esprit published an exchange between two of the best-known Catholic intellectuals of the time. One was Jean-Marie Domenach, who in 1957 had succeeded Emmanuel Mounier as editor of Esprit and de facto flag-bearer of ‘progressive’ French Catholicism. The other was Thomas Molnar, the distinguished Hungarian-American philosopher and historian (and a regular Commonweal contributor).” The topic was “the impasse de la gauche, the “dead end of the left,” at the end of the 1960s.”

For Molnar, “the left is doomed to oscillate between utopian anarchism and extreme political realism because of a philosophical mistake. He quoted Jacques Maritain in The Peasant of the Garonne: ‘The pure man of the left detests being, always preferring, in principle, in the words of Rousseau, what is not to what is.’ But while Maritain viewed this as a mere temperamental inclination, Molnar believed that in the modern age ‘ontological restlessness’ had evolved into a systematic and militant attitude, a habit of denying reality and ‘chasing the imaginary.'”

Philosopher Augusto Del Noce spotted the debate, translated it into Italian, and added his own contribution as an introduction. Del Noce also saw the left heading to an impasse, one driven by philosophical commitments:

“Marxist historical materialism would degenerate into a form of radical relativism—into the idea that philosophical and moral concepts are just reflections of historical and economic circumstances and have no permanent validity. This would have to include the concept of injustice, without which a critique of capitalism would be hard, if not impossible, to uphold. A post-Marxist culture—one that kept Marx’s radical materialism and denial of religious transcendence, while dispensing with his confident predictions about the self-destruction of capitalism—would naturally tend to be radically bourgeois. By that, Del Noce meant a society that views ‘everything as an object of trade’ and ‘as an instrument’ to be used in the pursuit of individualized ‘well-being.’ Such bourgeois society would be highly individualistic, because it could not recognize any cultural or religious ‘common good.'”

Marxism, in short, didn’t facilitate community but the opposite. Ironically, Del Noce saw, “the enduring influence of Marxist ideas would leave the left ill-equipped to correct the excesses of capitalism. If values like justice and human dignity do not have an objective reality rooted in a metaphysical order knowable by reason, then social criticism becomes purely negative. It can unmask the hypocrisy and contradictions of ideals like religion, family, and country, but there is no conceptual ground for new ideals.” 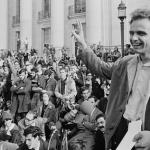 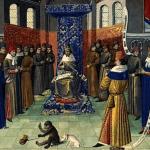 Evangelical
Being With, Being Towards
Leithart

Evangelical
Points of the Compass
Leithart
TRENDING AT PATHEOS Evangelical